10 Elusive Characters and Where to Find Them 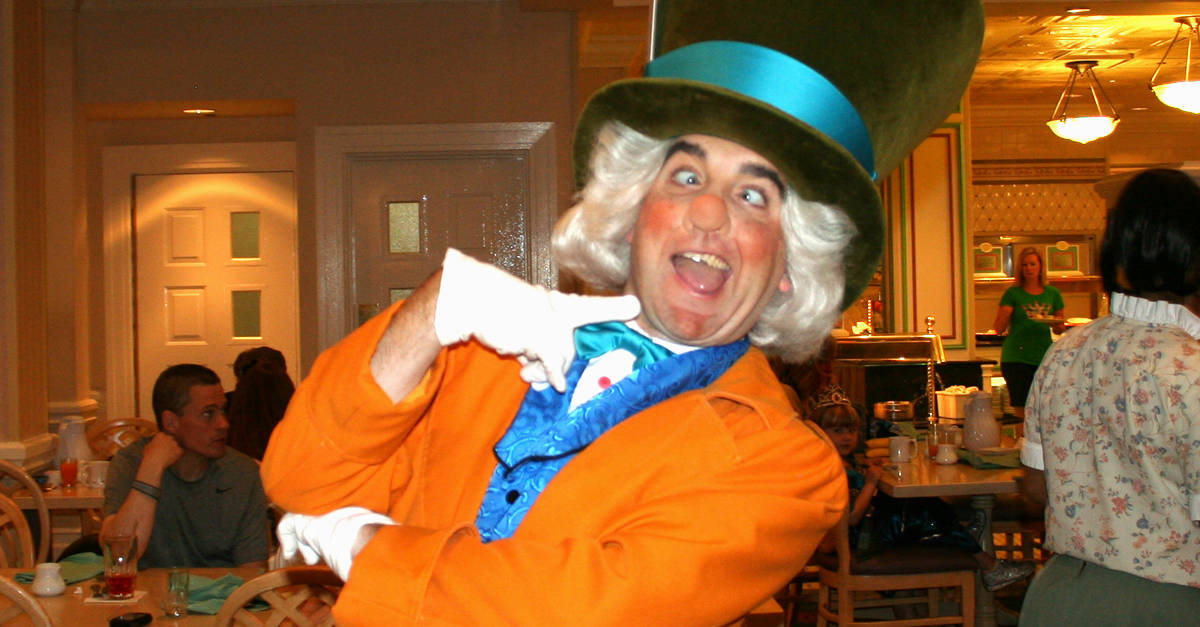 The Mad Hatter from Disney’s Alice in Wonderlandis another character you can see during the Festival of Fantasy Parade at Magic Kingdom. But if meeting the quirky tea connoisseur is one of your Disney dreams,  your best bet is to book the “Supercalifragilistic Breakfast” at 1900 Park Fare inside Disney’s Grand Floridian Resort. You’ll enjoy a full breakfast buffet and get to meet the Mad Hatter, among other characters. Don’t be surprised by his manners—or lack thereof—he tends to belch often and loudly during breakfast. But he’s the character who really make breakfast at 1900 Park Fare worth it!

If you’re a fan of Disney’s Lilo and Stitch, meeting Stitch is probably one of the items on your Disney World bucket list. While there are sometimes a few other places to meet Experiment 626, your best bet for an exciting alien encounter with Stitch is at ‘Ohana restaurant inside Disney’s Polynesian Village Resort. He and Lilo meet Guests during breakfast, where you’ll be able to pose for pictures with them, and you can also get their autographs.

If you’ve had the joy of experiencing Hollywood Studios’ brand-new Toy Story Land, you’ve probably already learned that the terrific trio from Disney/PIXAR’s Toy Story—Sheriff Woody, Jessie and Buzz Lightyear—now meet Guests near the entrance to the queue for Toy Story Mania. It’s great to finally be able to meet Jessie again, as she has been one of the most elusive characters over the last couple of years at Disney World. At the new Toy Story Land, you can also have the experience of saying hello to the Green Army Men. They don’t sign autographs, and they don’t have a formal meet-and-greet location, but they do interact with Guests walking throughout Toy Story Land. If you’re lucky, you might even get to capture a selfie with one of them!