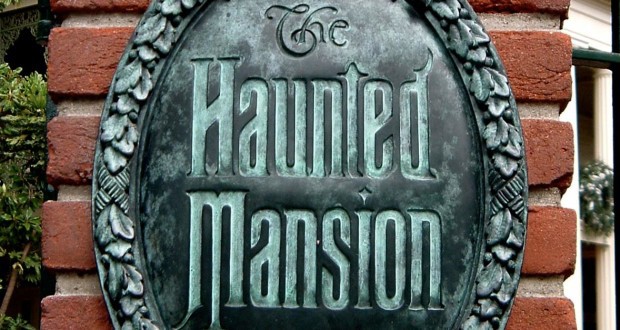 10. Famous voices: There are several famous actors who have given their talent to the Haunted Mansion attraction to make it even more fun. Paul Frees voices the Ghost Host, who is the first voice you hear. Paul Frees was the voice of Ludwig Von Drake and Boris from ‘Rocky and Bullwinkle’. Eleanor Audley voices Madame Leota, the Haunted Mansion’s resident medium. She is famous for being the voice behind Lady Tremaine (Cinderella’s wicked stepmother) and Maleficent from Sleeping Beauty.

9. The infamous stretching room: Once you have entered Master Gracey’s mansion and head into the dead center of the first chamber you will be welcomed by the Ghost Host. In this chamber you will see portraits that stretch to show unfortunate fates for the Mansion inhabitants. In Walt Disney World the actual ride is hidden behind the chamber, so the ceiling literally stretches. If you were at Disneyland in California, you would actually be riding an elevator down to the ride. Now keep in mind, this chamber has no windows and no doors.

8. ‘Grim Grinning Ghosts’: The men who are marble busts have forever immortalized the song ‘Grim Grinning Ghosts’. The deep voiced bust is sometimes mistaken for Walt Disney, but this is not true. This bust is actually voiced by Thurl Ravenscroft. Thurl also voiced Tony the Tiger and was the singing voice of the Grinch!

7. Ghostly effects: The holographic look of the ghosts that you see throughout the Haunted Mansion is a special effect called Pepper’s Ghosts. This effect uses lights and glass to create a glowingly reflected image of an object or ghost. The ghosts you see are the ride are actually reflections of animatronics that are hidden from sight. There are over 100 animatronics in this attraction!

6. Tombstone Names: One of the best parts of going through the line at Haunted Mansion is observing the graveyard and tombstones all around. Did you know the names are actually real? They are dedicated to the Disney Imagineers who helped create the Haunted Mansion. For example, the ‘Good Old Fred’ gravestone is named after Fred Joerger. He was a set designer and sculpted many of the plaster rocks around the mansion. How clever that ‘Good Old Fred’ was killed ‘when a great big rock fell on his head’. Here’s one that’s hard to believe the infamous Made Leota animatronic tombstone is named after the Imagineer who performed her facial motions and her name – Leota Toombs; pretty spooky, don’t you think?

5. Pet Cemetery: As you leave the Haunted Mansion at Magic Kingdom, you will see a pet cemetery on your left. There are many tombstones dedicated to the beloved animals that have left us. If you look near the back you can find Mr. Toad. Mr. Toad’s Wild Ride was closed and reworked into The Many Adventures of Winnie the Pooh many years ago. While Mr. Toad is immortalized here in the cemetery, there is a rumor of what his tombstone says.

Take a look next time you are leaving the mansion and see if you can spot this tribute to poor Mr. Toad.

4. Constance the Bride: Constance has a whole area of the mansion dedicated to her. She is an eerie character that is a bride that married with not so loving intentions. Before you see Constance, you will see portraits of her and her departed husband. There are some spooky special effects; the portrait of her and her husband looks lovely but in the blink of an eye his head is gone! Constance is waiting for you, uttering twisted wedding vows and wielding a magical hatchet that just happens to disappear from time to time.

2. Infamous Wallpaper: The infamous wallpaper of the Haunted Mansion design is actually eyes looking at you from beyond. This design was created as result collaboration between the “Museum of the Weird” creators Rolly Crump and Claude Coats. There are sections of the Haunted Mansion where this wallpaper comes to life. The design is now extremely popular and can be found throughout the park on purses, shoes, shirts and more!

1. Picking up Hitchhiking Ghosts: There are three hitchhiking ghosts at the Haunted Mansion who are trying to find a ride out. Ezra is the tall skeletal looking ghost, there’s Gus who is the short bearded ghost and finally Phineas, the chubby middle height ghost. These three guys are waiting for you at the very end of the Haunted Mansion ride. As you head a warning to beware of hitchhiking ghosts, your Doom Buggy turns the corner and the ghosts have a little fun. This is one of the best parts of the ride because every time you ride you will see a different special effect with one, two or maybe even all three of these joke-playing ghosts. Some of the tricks they play are to switch your heads with your Doom Buggy riding partner or blow your head into a balloon and let it fly. Sometimes they are even sitting in between you and your mortal inside the Doom Buggy!