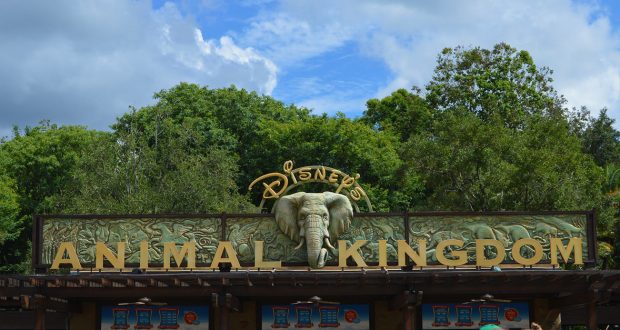 Animal Kingdom is one very unique Disney theme park. It features animals and cultural traditions from all over Asia and Africa. For some, it’s as close as you can get to a true safari experience. Here are some fun and interesting facts about Disney’s Animal Kingdom you might not know.

1 – Almost Too Tall – The mountain for Expedition Everest is said to be just under the height required by aviation guidelines, just narrowly avoiding the need for a flashing red beacon light on the top. And not that we are counting, but Expedition Everest is also said to be one of the most expensive roller coasters ever built, coming in at just over 100 million.

2 – One Big Safari – The entire area of the Kilimanjaro Safari sits on 110 acres, making this one ride larger than the entire Magic Kingdom Park. Those animals sure need a lot of space.

3 – And Speaking of Animals – Did you know that there are no zebras on the safari? Why? After Disney brought in the zebras, they were thought to be too aggressive with each other and even tried to attack the vehicles. They only lasted 4 months before Disney removed them.

4 – All That Green – I don’t mean money, but plants. There are over 4 million types of plants, trees, shrubs and flowers from all over the globe (except Antarctica) in the Animal Kingdom.

5 – How Does Indiana Jones Relate? – The enhanced vehicle ride system that was used for Indiana Jones Adventure -Temple of the Forbidden Eye ride from Disneyland is the same one used on the Dinosaur attraction.

6 – Recycled Tree – In order to make sure the Tree of Life survived the hurricane force winds that can hit Florida, Disney used an old oilrig as the base of the tree. This way, they wouldn’t have to worry about the tree giving way.

7 – About That Tree – The Tree of Life took 18 months to create and has 350 different kinds of animals on it. The artists working on it had 6-10 hours to mold the final product before the plaster would dry.

9 – Dragons? What Dragons? – Ever notice the dragons in the Animal Kingdom welcome sign or the ones on some logos? Disney originally was going to create a part of the park for imaginary beast, like dragons and unicorns, called Beastly Kingdoms. Disney soon decided against it and went a different direction. Now that area is becoming home to Avatar.

10 – Animals Come First – At Animal Kingdom hopefully you noticed there are no straws or plastic s used of any kind. This is because it is not safe for the animals. The plastic can cause choking hazards for them. Disney also works hard to help give endangered animals a safe home to roam. In fact, Animal Kingdom is home to some species that are on the endangered list.

So, feel free to impress all those traveling with you on your next trip to Disney’s Animal Kingdom with these fun facts.