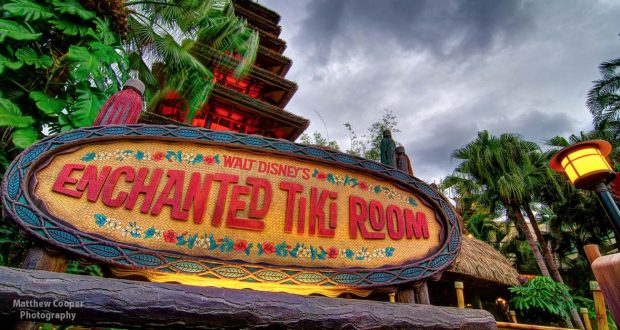 The Enchanted Tiki Room is a classic Disney attraction that everyone who visits simply must see. It’s fun, colorful, and of course, filled with catchy tunes you won’t soon forget. Every Disney fan knows this, and many make a point of visiting each time they take a trip to the most magical place on earth.

That said, there are some things about the Tiki Room that not everyone knows. Below you’ll find a list of 10 fun and interesting facts about this attraction that you can share with family and friends as you wait to enter the show next visit.

1. First of Its Kind

The Enchanted Tiki Room was the first Disney attraction to include audio animatronics. Although other attractions in the park did feature characters that could move certain body parts, this was the only one in which the characters also talked and sang. As you might imagine, the creation of such an attraction was an incredible feat for the time.

2. Dinner and a Show

Originally, the Tiki Room was meant to be a dinner show in which diners were treated to the singing of animatronic birds as they enjoyed their meals. Unfortunately, the logistics of this just couldn’t be sorted, so the company decided to scrap the restaurant idea and go with a standalone show instead.

When the Tiki Room first opened in Disneyland, guests were charged an extra 75 cents to see it. Still, the show was so impressive and so entertaining that people were happy to pay the bit extra in order to get a view, and the attraction was an enormous success despite the upcharge.

When Disneyland opened in 1955, there were no air conditioned areas in the park. This all changed 8 years later when the Enchanted Tiki Room opened as the first ever air conditioned attraction.

That said, while the A/C did keep guests more comfortable by giving them an escape from the Southern California heat, that wasn’t its intended purpose. Instead, the air conditioning was meant to keep the animatronics cool, ensuring they could work properly and avoid overheating.

While the Disneyland version of this attraction was the first to open in 1963, Disney World wasn’t too far behind, with its version opening in 1971. Although the show was first referred to as Tropical Serenade in the Florida park, it was essentially the same show.

You might assume that these are the only two Tiki Room attractions in the world. However, you would be wrong. You see, a very similar attraction opened in 1983 in Tokyo Disneyland. This version of Tiki Room now runs a show called The Enchanted Tiki Room: Stitch Presents Aloha E Komo Mai!

In 1998, Disney World’s Tiki Room was revamped and reopened as “The Tiki Room: Under New Management”. This version of the show featured Aladdin’s Iago and Lion King’s Zazu as the new hosts of the show, and included some new music. The new version of the show was loved by some and hated by others. Most who disliked the show felt that such a classic shouldn’t be altered to such extremes.

In 2011, after 13 years of continuous performances, the Iago animatronic unexpectedly caught fire. The sprinkler system was set off, and many animatronics suffered damage from the water. Iago was reported inoperable after this incident, and the attraction was closed for a time, after which it reopened as the original Tiki Room show once again.

If you were to take the time to count each and every animatronic in the Tiki Room, you would find that there are over 150. That’s an enormous number of robots to maintain, and the fact that they all stay up and running the vast majority of the time is seriously impressive.

The Sherman brothers worked closely with Walt Disney throughout his career, writing music for such beloved movies as Mary Poppins and The Jungle Book. The brothers weren’t confined to movies however, and were often pulled in to write music for park attractions. In fact, they even wrote the score for the Tiki Room show, and boy did they do a good job!

The Tiki Room in Disneyland has allowed guests to carry their Dole Whip into the show for as long as we can remember. However, the Disney World attraction had a strict “no food or drink” policy until fairly recently.

Luckily, back in 2016 it was announced that food and drink would be allowed inside the show, meaning you could enjoy your favorite snack while you take in the performance. This is one of the only Disney attractions that allows this.