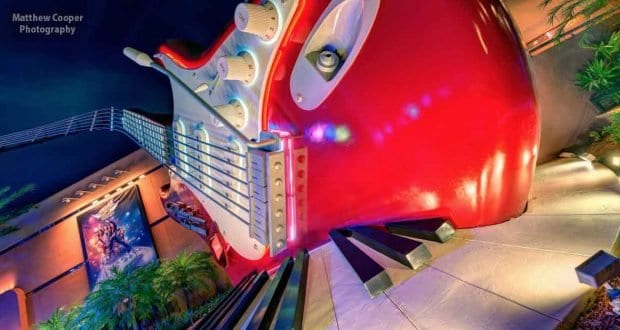 Looking to plan the ultimate day at Disney’s Hollywood Studios? Considering how fun this place is, that shouldn’t be too hard to do. That said, you can never be too prepared, and doing a bit of planning for your day at Disney will definitely pay off. Fortunately, you’ve come to the right place to gather tips and tricks for planning the best Hollywood Studios day ever. Below are our favorite ways to ensure we have a totally awesome day in this particular park.

First and foremost, you will need to snag a park reservation in order to enter the park. Because this is the most popular Disney World park at the moment, this is something you will want to do as early on as possible so you don’t miss out by waiting too long to reserve your spot for the best day ever.

There once was a time when Hollywood Studios didn’t really have much to offer in the way of good food. Fortunately, that is all in the past. There are now several excellent eateries in this park, and many of them are sit-down restaurants, meaning you will need a reservation in order to dine there. Our suggestions for table-service restaurants are Sci-Fi Dine-in Theater, 50’s Prime Time Cafe, and oddly enough, Hollywood and Vine, which has improved its menu quite a lot since changing over from a buffet to a full-service restaurant. Try to snag at least one of these and fill in the rest of the day with meals and snacks from Docking Bay 7, Ronto Roasters, Woody’s Lunch Box, and Baseline Tap House.

3. Snag Your Spot for “Rise of the Resistance”

If you’re a Star Wars fan (and really, even if you’re not) you will definitely want to ride the new Rise of the Resistance attraction. Unfortunately, this is sometimes easier said than done. You see, this ride currently uses a virtual queue rather than a strictly physical one, and the spots in this queue go incredibly quickly. We’re talking a couple minutes at most. These spots are released at 7am to anyone with a park reservation, and at 1pm to anyone in the park. Because these slots go so quickly, you will want to be on the My Disney Experience app and have the virtual queue page opened and ready before the spots are released. Continuously refresh this page until spots show up and then snag one as soon as you see one.

Hollywood Studios is now home to a number of headliner attractions. This means there are several long queues in this park, and a lot of must-do rides. It also means that in order to see and do the most important things, you will need to be at the park for quite some time. Fortunately, the park almost always opens several minutes before the posted opening time, meaning you can squeeze in an extra ride or two with shorter wait times if you arrive early enough. We highly recommend doing this.

If you do arrive early in the morning, head to one of the most popular attractions first in order to take full advantage of the shorter wait times of the early part of the day. Right now, these include Slinky Dog Dash and Millennium Falcon: Smuggler’s Run. If you manage to finish both of those rides and lines elsewhere are still short, then other good picks include Mickey and Minnie’s Runaway Railway, Rock ‘n’ Roller Coaster, and Tower of Terror.

6. Hang Out on Hollywood Boulevard

Everyone loves seeing their favorite Disney characters. Fortunately, Disney has found a way to make this happen even without the presence of traditional meet-and-greets. This is done by running several mini-parades in each park throughout the day. In Hollywood Studios, these parades run down Hollywood Boulevard and to a backstage area next to the Star Tours ride. Therefore, the best way to ensure you see some characters during your visit is to hang out on Hollywood Boulevard for a while. You shouldn’t have to wait too long to see some favorite friends!

7. Get to Shows Early

Many of the shows throughout Disney World are cancelled for the time being. Hollywood Studios does still have a couple though, including the Disney Junior Dance Party and the Frozen Sing-Along, but the capacity for each one is very limited. For this reason, it is imperative that you arrive early for any shows you wish to see in order to ensure you can get in and avoid disappointment.

Attention to detail is one thing that Disney does really well. This is true throughout all of the parks, but is especially true in the newest lands. Since Hollywood studios has two brand-new lands, there are plenty of amazing details to take in. Make sure to pay attention as you wander through the park and really give yourself the opportunity to see all of these tiny details that make it feel like you’re actually stepping into another time and place.

9. Save Shopping for Later

Shopping at Disney World is tons of fun. That said, shopping can be done in Disney Springs, at the hotel gift shop, or even in some places in the parks after they have technically closed. Since there are so many attractions to squeeze into your time in Hollywood Studios, we highly recommend saving the shopping for later and focusing only on rides and shows while there. The exception would be if you plan to buy something exclusive to Hollywood Studios, such as a build-your-own lightsaber or a custom Star Wars droid.

Finally, while it may be absolutely exhausting, we highly recommend planning on sticking around until the park closes. Hollywood Studios has shorter hours these days, and you’re going to need every minute you can get. Besides the last hour or so that the park is open is often the best in terms of crowds and wait times.