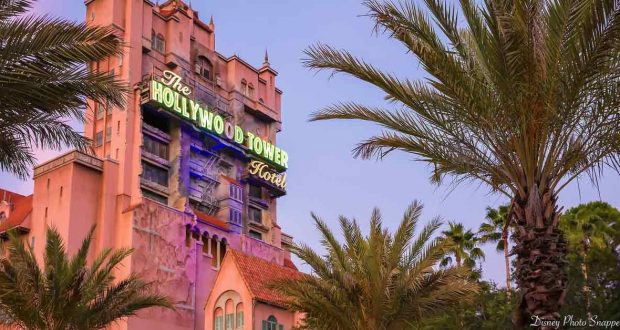 10.  Tower of Terror will soon be reimagined.

There’s been a rumor floating around in the Disney cosmos for some time now that states that the Tower of Terror attraction at Hollywood Studios will soon undergo a massive reimagining—into a huge castle-type attraction inspired by Disney’s Frozen. While the 2013 box office smash is certainly a favorite among fans young and old, the newest Frozen developments seem to surround last year’s release of Frozen 2, but not an eviction of the spirits inside the Hollywood Tower Hotel. There is, however, a Frozen presence at the park. If you’re looking to get your Frozen fix at Hollywood Studios, head over to the Hyperion Theater at Echo Lake and experience “For the First Time in Forever: A Frozen Sing-Along,” among other attractions and opportunities at the Walt Disney World Resort.

9. At Toy Story Land, when a guest yells, “Andy’s coming,” all the characters fall to the ground.

As fun as that might seem (and it would lend itself to keeping the “realism” of Andy’s toys), if Woody, Buzz, Jessie and Bo dropped to the pavement any time “Andy was coming,” not only would the Cast Members risk being injured, but the expensively-created costuming would be destroyed, especially if it happened repeatedly. So while it sounds fun in theory, this is just a myth, perhaps perseverated by Toy Story fans all the (Disney) world over.

While it’s true that the park is home to many Star Wars-themed experiences, that’s not all there is on the proverbial attraction buffet—not by a long shot. As mentioned before, there are Frozen-themed attractions, an Indiana Jones-themed attraction, opportunities to meet characters like Mickey and Minnie Mouse, a cute stage show featuring Ariel from The Little Mermaid and much, much more!

7. If you aren’t a Star Wars junkie, Galaxy’s Edge is a waste of your time.

This is absolutely untrue—and I’m an expert on the subject because I don’t happen to be a Star Wars junkie. It’s just not my bag. But Galaxy’s Edge is quite the experience for both the fan and non-fan alike. That’s because you don’t have to understand the entire timeline of the galaxy far, far away in order to appreciate the amazing work Imagineers put into this exciting new land inside Hollywood Studios. The “realness” of the Millennium Falcon and the marketplace, as well as the attention to detail throughout the new land is phenomenal, and we can all appreciate that!

6. Once upon a time, the Tower of Terror experienced a significant electrical malfunction.

Ok, this one is true. The malfunction happened in September of 1998. During the ride, a group of guests were on board the elevator when it experienced a drop that wasn’t supposed to take place. The elevator then made an abrupt stop thanks to the safety brakes kicking in. The guests who were on board were taken to local hospitals and were treated for pain sustained in their backs and necks caused by the malfunction.

5. When it comes to table-service dining, Hollywood Studios has few options.

This is completely untrue. Not only are there several choices when it comes to table-service dining venues, but a few of them offer exciting, themed dining experiences. The 50s Prime Time Café restaurant offers home-cooked options like Mom used to make. The restaurant is decorated to look like kitchens from the 1950s, complete with television sets throughout the restaurant that play clips from sitcoms made popular in the mid-20th century. The Sci-Fi Dine-In Theater restaurant at Hollywood Studios offers out-of-this-world options like house made candy bars, fried pickles, huge burgers and more. Enjoy all of these while sitting in an “automo-booth” that looks just like a vehicle from the 50s and 60s. While you eat, you can catch clips of sci-fi films, commercials and more.

4. Hollywood Studios is a half-day park.

While it’s true that Disney’s Hollywood Studios is not nearly the size of Magic Kingdom, there is still so much to do inside the park—enough that you’ll need more than just a half a day to get it all in. There has always been a lot to experience at Hollywood Studios, but since the addition of Toy Story Land in 2018 and Star Wars: Galaxy’s Edge in 2019, there are even more reasons to spend at least one full day at Hollywood Studios—and you might just discover that you enjoy it so much, you’ll want to spend a second full day at the park as well!

3. There were plans for another Muppet-themed attraction.

This one is actually true. In addition to the current Muppet Vision 3D attraction at Hollywood Studios, there were plans for “The Great Muppet Movie Ride,” which was to be a quirky and somewhat misguided tour of movie history—all presented in true Muppet style. To date, this attraction has never come to fruition, and at this time, there don’t seem to be further plans to bring it about inside the park.

2. Mickey atop the Crossroads kiosk just inside the park has an alter ego.

This one is also true. You know the one—the Mickey Mouse that stands high in the sky over the Crossroads of the World kiosk/mini-shop just inside the gates at Hollywood Studios serves as a welcome marker to all who enter the park. He welcomes guests in the morning and bids them farewell in the evening. But he has another side to him—he isn’t just a fixture; he also serves as a lightning rod. One of his ears is made of copper so as to attract lightning to him instead of to the areas below him.

1. Walt Disney’s plane sits on a backlot at Hollywood Studios.

This was once true but isn’t any longer. When the Backlot Tour was an open attraction for guests to enjoy, part of the tour took visitors past an old plane that was once used by Walt himself. It was in this plane that Walt scouted the central Florida area for land for his new “Florida Project,” which would one day become Walt Disney World.