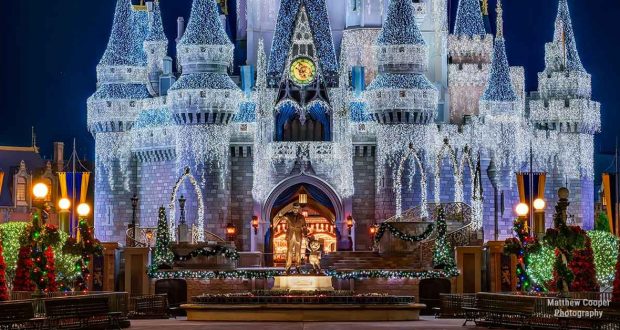 Walt Disney World has garnered quite a reputation over the years. Unfortunately, that reputation isn’t always accurate. Even with a devoted social media following, there are still misconceptions about Disney that are ridiculously untrue. Today, I’m going to debunk some of these Disney ‘myths’ that may have fooled you – or may have even prevented you from taking a trip. Buckle up because it’s time to get candid about the happiest place on Earth.

1. Disney World is Only for Kids

Let’s start with the most egregious lie of all. No. Just because Disney features castles and costumed characters, that does not mean the park is strictly designed for children. The jaw-dropping attractions, world-class cuisine, and beautifully designed shows are often appreciated the most by adult visitors. For tourists that have been to plenty of real-world destinations and amusement parks, the Disney Difference is glaringly obvious (in a good way)! While Disney is and always will be a popular spot for families, it is equally popular with child-free families and solo visitors. It is a destination that has something for every person, regardless of age.

2. The Food is Awful

Theme parks rarely evoke memories of exceptional food. Disney is that exception. Simple hotdogs and hamburgers are available, but the resort is full of options that surpass the usual fare. There are quick-service restaurants that serve dishes as delectable as lamb shawarma and fresh salmon. And the table service restaurants are even better! You won’t have to look far to find first-class steakhouses and buffets that feature quality over quantity. To be frank, some people visit Disney primarily to dine. So, with just a little research, you can feast like a king on property.

3. The Rides are Lame

Yes, there are plenty of calm boat rides in the parks. But for the thrill-seekers, there are several roller coasters, simulators, and free-fall attractions that will give you goosebumps all over! Dare to climb to the top of a Himalayan mountain on the terrifying Expedition Everest roller coaster. Fly over the breathtaking landscape of Pandora on Flight of Passage. Try your luck on whether or not the elevators will work or plunge you to the basement on the Tower of Terror. There are countless options for roller-coaster lovers in your group.

4. Only Kids Get Pictures with Characters

As Walt Disney famously said, Disney was created for children of all ages. If you’re traveling without a child and want to hug Winnie the Pooh or talk to Princess Jasmine, never hesitate to go meet them! The characters are there to greet all their fans and you’ll quickly find you aren’t the only adult who wants a selfie with Mickey. As a childless adult who loves frequenting the parks, character dining experiences are among my favorite. So, no. Meeting characters is not just for children. Immerse yourself in the magic and say hello!

I’m sure that the thousands of couples who have honeymooned here would protest this! Disney World is a very amorous place for couples who want to sip cocktails, stroll well-manicured grounds, and snuggle while romantic Disney tunes play overhead. Many couples bond over a love of Disney and even the ones that don’t, still get teary-eyed during romantic movie scenes. (And references to these romantic scenes can be found all over property!) When it comes to a destination that features luxurious accommodations and upscale dining, Disney is bursting with opportunities for young and old lovers alike. If you don’t believe me, just ask the couples who have even gotten married on property! Romantic vibes are alive and well in Orlando, trust me.

6. The Hotels are all Cartoon-y

While some hotels are more colorful and family-oriented, Disney has some of the fanciest accommodations in the state. Favorites include the Victorian-era Grand Floridian Resort, the tropical paradise of the Polynesian Village Resort, and the modern Contemporary Resort. (And those are just the choices outside the Magic Kingdom!) Beyond the Animal Kingdom park lies the exotic Animal Kingdom Lodge and there is a slew of turn-of-the-century beach-themed hotels along EPCOT’s Boardwalk area. So, if you traveling without children or just want a calmer atmosphere, these resorts (and more) provide a reprieve from the bustle of the parks. The splurge is worth it.

7. The Property is Too Large to Navigate

With a property that rivals the size of San Francisco, I can see why someone might be intimidated. But rest assured, it is easy to traverse the entire property without a car. For all guests staying at on-site hotels, you will have access to a variety of busses, boats, and the new Skyliner. Schedules are posted in public places, but transportation comes often enough (especially for busses), that you don’t need to do much planning. So, unless you’re driving to Florida, ditch the car and let Disney transport you to every destination. If anyone can make your journeys smooth sailing, it’s Disney.

8. All the Gift Shops Have the Same Stuff

Yes, it won’t be hard to find generic mugs and sweatshirts, but Disney merchandising has so much more to offer. The shops at Disney Springs are bursting with brand names and luxury items. And there are plenty of specialty shops within the parks too! (My personal favorites include Bonjour! Village Gifts in the Magic Kingdom, TrenD is Disney Springs, and Black Spire Outfitters in Hollywood Studios.) Even some of the ‘generic’ looking places are full of hidden gems like artwork, jewelry, and clothing that can only be found in that location. With just a little extra browsing, there is a treasure trove of souvenirs to discover. Take a break from the Florida humidity and make time for retail therapy

9. The Shows are for Babies

This lie specifically, couldn’t be more untrue. Disregarding the Disney Junior show in Hollywood Studios, the entertainment is for all ages. For acrobatics, fire juggling, and Broadway-level vocals, catch the Festival of the Lion King in Animal Kingdom. And in the same park also resides Finding Nemo the Musical – a puppetry show that features original music from the songwriters of Frozen. And don’t even get us started on the nighttime spectaculars. The Happily Ever After fireworks features pyrotechnics, top-of-the-line projections, and an original soundtrack. Animal Kingdom’s Rivers of Light also has a breathtaking score and larger-than-life floats. And last but not least, Hollywood Studio’s Fantasmic! is still running strong showcasing the adventures of Mickey via fireworks, pyrotechnics, water projections, and so much more. So, if you have any doubts that the entertainment is aimed primarily at preschoolers, you can breathe a sigh of relief. The shows will capture the attention and respect of all viewers.

10. Disney World is Only for Kids Who Love Princesses

Finally, this is an incorrect conception that even families deal with. Personally, I’ve come across more than one family that avoided a Disney trip because their kids weren’t into the “princess thing”. While there are opportunities for princess-loving visitors, there are plenty of princess-free experiences as well. Many attractions, shows, and restaurants are devoid of princess references altogether. And as long as you don’t sign up for a princess character meal or a makeover at the Bibbidi Bobbidi Boutique, your child won’t feel uncomfortable. Believe me when I say that loving princesses is not a requirement to love Disney World. There are so many other things to appreciate.

If I could dispel even one of the Disney lies you have heard, then I’ve done my duty. If any of these concerns kept you from booking a trip, I hope you will book now with the utmost confidence. An incredible adventure awaits you!