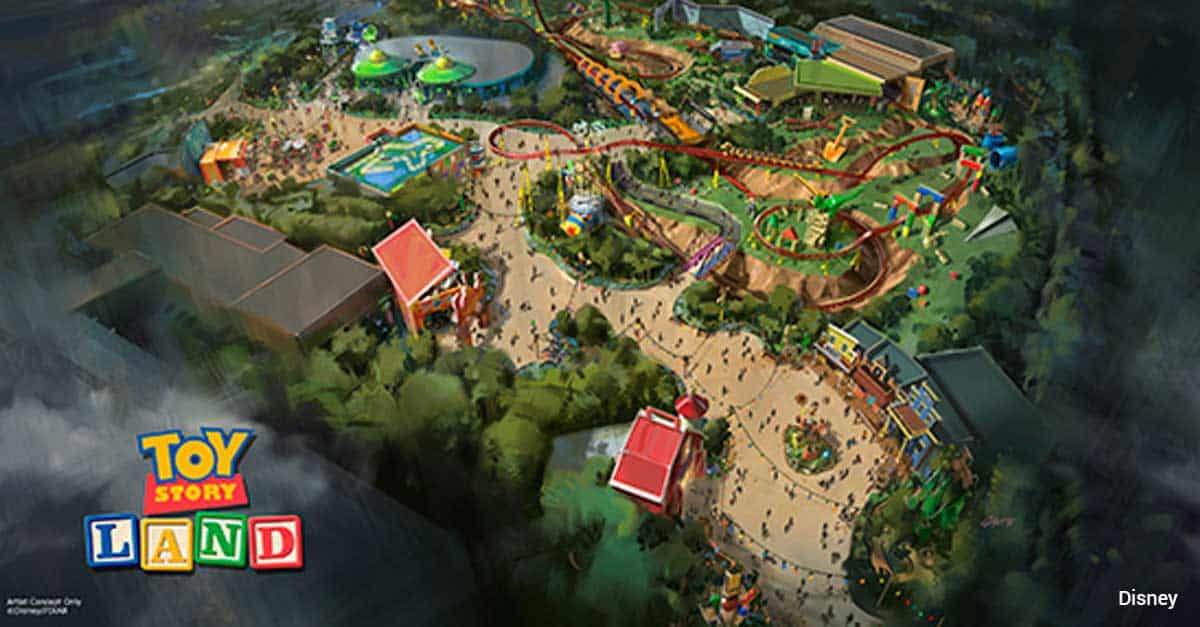 Construction on Hollywood Studios’ Toy Story Land is progressing nicely.  The opening date has not been set, but probably will not be completed until 2019.  This new addition to Hollywood Studios will include a family-friendly roller coaster shaped like the Slinky Dog that will zoom around a winding track, passing through tunnels and other landmarks around Toy Story Land.  The second attraction, named “Alien Swirling Saucers”, will be designed to look like a play set found in Andy’s room, and will allow guests to board rocket shaped toy vehicles while aliens fly around in toy flying saucers wielding “the claw”, which will dangle menacingly above.  Both of these new rides are sure to delight the whole family.  I can’t wait to try all the new rides and attractions of Toy Story Land.