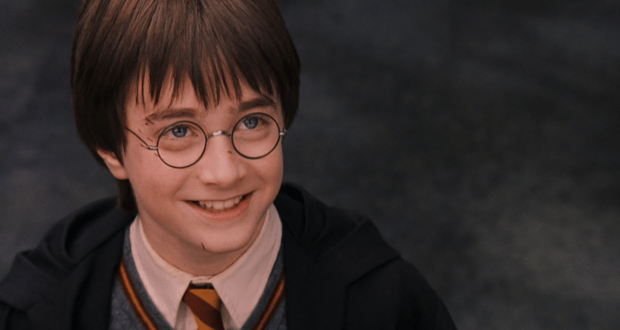 A long time ago, one would never have thought that the likes of Star Wars, Marvel or Indiana Jones would become Disney property. Or that Disney World would feature the likes of Pandora – The World of Avatar. But now it’s hard to imagine a Disney without these major franchises. What is easy to imagine are other franchises that Disney could acquire. After all, no one could have predicted that they’d end up owning the likes of The Simpsons and Die Hard! So, let’s look at 10 non-Disney franchises that wouldn’t look out of place at Disney World…

Though the infamous heroes in a half-shell started life in gritty comic books, it was the ‘80s-born cartoon series that put them on the map. Vibrant colors, equally colorful villains and a hangar-filling collection of vehicles to boot, ‘oozed’ with themes not unseen in the MCU. Simply put, the turtles would hardly feel out of place at Disney’s Hollywood Studios. To only imagine a ride that whisks you through a comic book-stylized sewer system where you’d meet heroes and villains alike, all in audio-animatronic form, makes us want to shout, ‘Cowabunga!’

Another major franchise from the ‘80s that remains just as popular is Ghostbusters. And again, there might be no better place to see a such an attraction than Disney’s Hollywood Studios. Who wouldn’t want to see something strange in this Disney World neighborhood? Imagine the iconic fire station, home to a spooky attraction that would include audio-animatronics, laser-projected ghosts and even actors. After exploring by foot, you’d have to escape the likes of the StayPuft in an ‘Ecto-Cab’! Who ya gonna call? In this case, Disney!

DC’s superheroes are an obvious choice for Disney, especially considering the enormous success they’ve had with the MCU. Sure, DCis grittier than Marvel, but we’ve also seen the likes of Superman and Batman portrayed in both light-hearted and dark ways many times. So, what might DC look like at Disney World? How about a Character Greeting with Superman against the backdrop of the Fortress of Solitude, or Batman performing high-wire stunts in an on-stage Batcave, like the Indy show! Light-hearted, of course – because why so serious?

Studio Ghibli has more movies than the MCU, but its most popular are Spirited Away, Howl’s Moving Castle and My Neighbor Totoro (whose titular character makes an appearance in Toy Story 3!). These magical movies are told with flawless storytelling and delicious animation. An attraction not too dissimilar to “it’s a small world” would quickly make itself at home in Fantasyland, a river-based ride that guides you through the many worlds of Studio Ghibli. A Studio Ghibli theme park is actually already in the works in Japan, but we still like to daydream!

The turtles aren’t the only color-coded superheroes of the retro year. The Mighty Morphin’ Power Rangers burst onto the screen in the early ‘90s, starting a global phenomenon. But here’s some trivia – Disney did owned the rights to Power Rangers not so long ago! Even so, how ‘morphological’ it would it be to see the original rangers take to the stage, much like the Jedi Training Academy? Between its legion of superheroes and Force-users, there’s a place for the rangers at Disney World. Hopefully, there will be a time too – morphin’ time!

5. Back to the Future

Did you know that there’s already a little bit of a history between Disney and Back to the Future? Upon being approached to feature a BTTF attraction, the House of Mouse felt that the comedy scenes between Marty and the 1955 version of his mother were too ‘edgy’ for them! Nevertheless, the DeLorean deserves a simulator-based attraction. After hitting 88mph you’d visit the Wild West or the future (Frontierland or Discoveryland – or both?!). And forget that the time-travelling car wouldn’t actually be moving – where you’re going, you won’t need roads!

If Disney World ever feels like giving Haunted Mansion a more colorful makeover, they might want to consider purchasing the rights to Scooby-Doo! After all, the groovy ghost hunters have appealed to families the world over since first arriving in their Mystery Machine in the ‘60s. We’re not for one minute suggesting Disney World does away with the iconic estate, though, but Scooby and friends would definitely be suited to something similar, or maybe even a spooky maze of sorts. You know, something a little fun and light-hearted for those pesky kids.

It’s surprising that this timeless CG-animated Christmas classic isn’t owned by Disney already. After all, it’s nothing but Disney-esque magic from start to finish. So much so, that we wonder just how many people scoured Disney Plus last Christmas looking for it! Imagine a great big steam train whose frosty windows fill with sweeping snowy landscapes as it goes, much like the artificial views of space that will feature onboard Star Wars: Galactic Starcruiser. Perhaps you’d also be served ‘hot, hot chocolate’ on your way to the North Pole!

The Harry Potter-themed land already in existence at Universal Studios – The Wizarding World of Harry Potter – is dripping with magic. It includes Hogwarts, the Hogwarts Express, the Leaky Cauldron, a bunch of fantastic attractions and more. But what could Disney World conjure up that Universal Studios hasn’t? Well, when it comes to Harry Potter, imagination has no boundaries. Perhaps Disney ought to use its own magic to disparate the land from Universal and straight into Disney World! Mischief managed!

A board game or video game that sucks real-world players inside? It doesn’t get any more Disney than that! What had long remained a ’90s classic has in recent years spawned one of the most lucrative movie franchises ever, giving us two sequels starring The Rock. Take Mickey and Minnie’s Runaway Railway – it’s “2 ½ D” which, in a nutshell, means guests are pulled ‘into’ the adventure. A Jumanji-themed ride along these lines is a no-brainer. And we can’t think of a better place to host it than Adventureland, right next to Jungle Cruise!

As we’ve mentioned, some of the above concepts already exist in the real world. And while it’s more than likely that nothing on this list will ever end up at Disney World, it’s always fun to imagine what could be. On the other hand, when it comes to Disney, never say never!