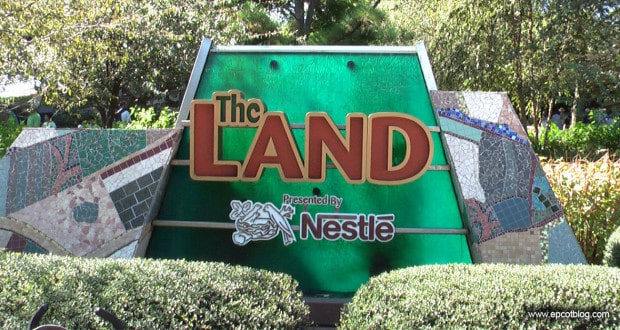 Walt Disney World is one of the most visited amusement parks in the world, and has welcomed millions of visitors since its opening on October 1, 1971. At that time the only park was the Magic Kingdom. On October 1, 1982, Epcot opened, followed by Disney’s MGM Studios (later renamed Hollywood Studios) on May 1, 1989, and Disney’s Animal Kingdom on April 22, 1998. All four theme parks are included in the Walt Disney World magical experience. There are, however, some Disney attractions and activities that just might give you an opportunity for a quick nap. Here are a few of those:

1. The Hall of Presidents, Liberty Square, Magic Kingdom — Although the audio animatronic Presidents are phenomenal, there is a short movie before Abraham Lincoln gives his speech, then another short movie, and then the curtain rises and standing on the stage are all the Presidents, and they are introduced one at a time. The theater where this presentation occurs is large, beautifully decorated, with the most comfortable seats. The lights dim and the show begins. The narrator is the famous actor, Morgan Freeman, and let me tell you, his poetic, dramatic voice soothes the soul, and in this particular situation, can be a formula for tired bodies to relax and sometimes guests do tend to doze off.

2. The American Adventure, Epcot, World Showcase — This is another stage show presented in a beautiful theater, again with the most pleasant seating conditions. Like the Hall of Presidents attraction, the show begins with audio animatronic figures of Benjamin Franklin and Mark Twain discussing the American Adventure. Instead of a movie, the audience is treated to magnificent imagery combined with sentimental, inspirational music, reliving the greatest moments in US history. The American Adventure is historically educational, and a marvelous production highlighting American history through audio animatronic figures, spectacular scenery and music. However, for those guests who have walked halfway around World Showcase, this cool, dimly lit theater with its plush seats, create an ideal setting for an afternoon nap.

3. Carousel of Progress, Tomorrowland, Magic Kingdom — The Carousel of Progress is an audio animatronic stage show presented inside a revolving theater. The audience seating area rotates around a stationary central stage from act to act like a carousel. The show follows a typical American family through four generations of the past 100 years; the turn of the century, the 1920’s, 1940’s, and the present. Each act introduces audio animatronic family members demonstrating all the latest advancements in household items, electronics, automobiles, etc. Here, again, we have the perfect setting for relaxation; a dimly lit theater with comfortable seating, lively music, and a theater that revolves after every act; almost like rocking a baby to sleep; ideal for a quick snooze.

4. Liberty Square River Boat, Liberty Square, Magic Kingdom — Take a trip on this 3-tiered steam-powered paddle wheeler for a 17-minute relaxing journey on the Rivers of America around Tom Sawyer’s Island. If you are lucky enough to find a place to sit, you will find yourself fighting off the urge to close your eyes and listen to the sounds of the paddle wheel splashing through the water, people in conversation, and the occasional steam powered whistle announcing the presence of the Liberty Belle. You can extend your rest period by allowing all the other passengers to disembark first.

5. A Ride on the Monorail — A monorail is defined as a type of railroad that uses a single track which is usually high off the ground. At Walt Disney World the monorails are sleek, smooth, and colorful. At Disneyland, the Monorail is an actual ride to entertain guests. At Walt Disney World, the Monorail is a form of transportation; from the Ticket & Transportation Center to the Magic Kingdom or to special Disney Resorts, from the Magic Kingdom to the Resorts or Epcot, and from Epcot back to the Magic Kingdom. Once you are on board this modern mode of transportation and have been lucky enough to get a seat, the gentle, quiet ride could easily cause you to drift off into dreamland, for just a few minutes between destinations.

6. Spaceship Earth — Epcot, Futureworld — This enormous 28-story silver geosphere houses a ride which uses the Omnimover system (this system consists of a chain of vehicles operating on a track, usually hidden beneath the floor and enables the vehicles to maintain constant motion at a specific speed throughout the entire course of the attraction.) A conveyor belt moving at almost the same speed allows passengers to board the vehicles without stopping. This particular attraction takes you on a trip through time using audio animatronic scenes depicting landmark moments that made today’s communications from cavemen to the dawn of the internet and beyond. This is a unique, entertaining ride narrated by the famous British actress, Dame Judi Dench, whose voice can lull anyone into a totally relaxed mood, and, yes, I have actually nodded off during this attraction. It is a smooth, slow moving dark ride which
can produce the ideal conditions for a quick snooze.

7. Living With the Land, Epcot, Futureworld, The Land Pavilion — This attraction is a slow-moving boat ride which takes guests on a cruise through several eco-system greenhouses, with informative narration describing all the diverse methods of innovative growing techniques. It is a fascinating study of the history of farming in the country’s early years until the present, and the forms of agriculture scientists will be developing for future generations. Learning how Disney horticulturists are dealing with food supplies for our world and observing firsthand how they do this is very interesting and informative. This is an indoor ride on a slow moving boat through several greenhouses and fish hatcheries, and this can lead one to a relaxing experience that could result in drifting in and out of consciousness. In other words, this attraction just might put you to sleep.

8. Walt Disney World Railroad, Magic Kingdom — Take a ride on an authentic steam-powered train for a relaxing 20-minute scenic tour of the Magic Kingdom. The train is open air, and the best seat is on the outside so you can enjoy the cool breeze as you “ride the rails”. The narration, while informative is also entertaining, with humorous descriptions of several attractions. The chug of the wheels, the breeze on your face, along with the motion of the train swaying back and forth along the track, just might put you to sleep. So make sure your family or friends don’t leave you behind when they’re ready to exit the train.

9. Tomorrowland Transit Authority People Mover — Tomorrowland, Magic Kingdom — Take a tour of Tomorrowland on board a moving tram, which you access via a conveyer belt. At the loading dock, the tram cars are moving at the same speed as the conveyer belt, therefore the ride is constantly in motion. Once you enter your car, the door will close, so sit back and enjoy an outdoor and indoor journey around Tomorrowland. The fast-paced, breezy tour with narration takes you in and out of several attractions and shops. The tram cars travel smoothly, slowing down a bit while going around curves and in and out of the shops and attractions. If you’re really tired and have been up since dawn, this gently moving ride could put you to sleep in no time. I, myself, have been known to snooze a little on this ride.

10. Walt Disney World Buses — Walt Disney World has the best transportation options of any theme park. There are boats, monorails, parking lot tram cars, and Resort buses. Buses are available at all Disney Resort Hotels, and provide transportation to any of the theme parks, Downtown Disney, and the water parks. These buses run from an hour before the parks open until 2 hours after the parks close. During the day, the bus rides are filled with lively chatter, laughter; anxious and energetic adults and children ready to begin an exciting Disney adventure. After a long day and night at any Disney theme park, the lines for the buses at closing time are usually quite long, and when you finally get to board a bus, and are lucky enough to get a seat, it is really hard to stay awake. I can tell you from experience, bus rides back to the Resorts late at night are dark, quiet, and as you look around you will notice sleeping children curled up on parents’ laps, adults and older siblings leaning against parents’ shoulders, and the noise level is almost non-existent, with most guests too tired to talk. This final ride of the day can definitely put you to sleep.

A day at a Disney Theme Park can be quite an adventure, and there are those non-thrill rides and experiences that may just put you to sleep. After all, a little snooze now and then relaxes the mind and body, and builds up your energy for the rest of the day.