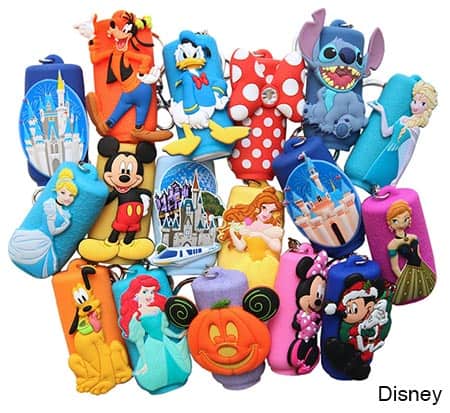 In any place that sees lots of visitors, your chances of getting ill increase. That’s because not everyone washes their hands as they should. Some people don’t naturally cover their mouths and noses when they sneeze or cough. And if they do, they might touch four or five (or more) door handles before getting to a sink to wash their hands again. Do you know how many people visited Disney World last year? The grand total circles around the 50 million mark. That’s a lot of sneezing and coughing—even if most everyone was well. Did you only visit Magic Kingdom? Congratulations, you decreased your chances of becoming ill somewhat. After all, only a mere 20 million people visited Magic Kingdom last year. That means that even in the Magic Kingdom, you were still in the parks with nearly 55,000 other people per day. Simply stated, hand sanitizer is a good idea. Since it’s anti-bacterial, it won’t kill viruses like colds and flu, but it can cut your chances of becoming ill with some things while you’re on your way to wash your hands, which does cut down on illness from bacteria and viruses, like colds and flu. Since you’re on vacation, make your hand sanitizer magical too! Disney sells cute Disney-inspired hand sanitizers with rubber holders. Or head to Bath and Body Works before your trip and pick up your favorite scented sanitizer. My favorites are Eucalyptus Spearmint and any scent with pineapple. It’s Florida, after all!