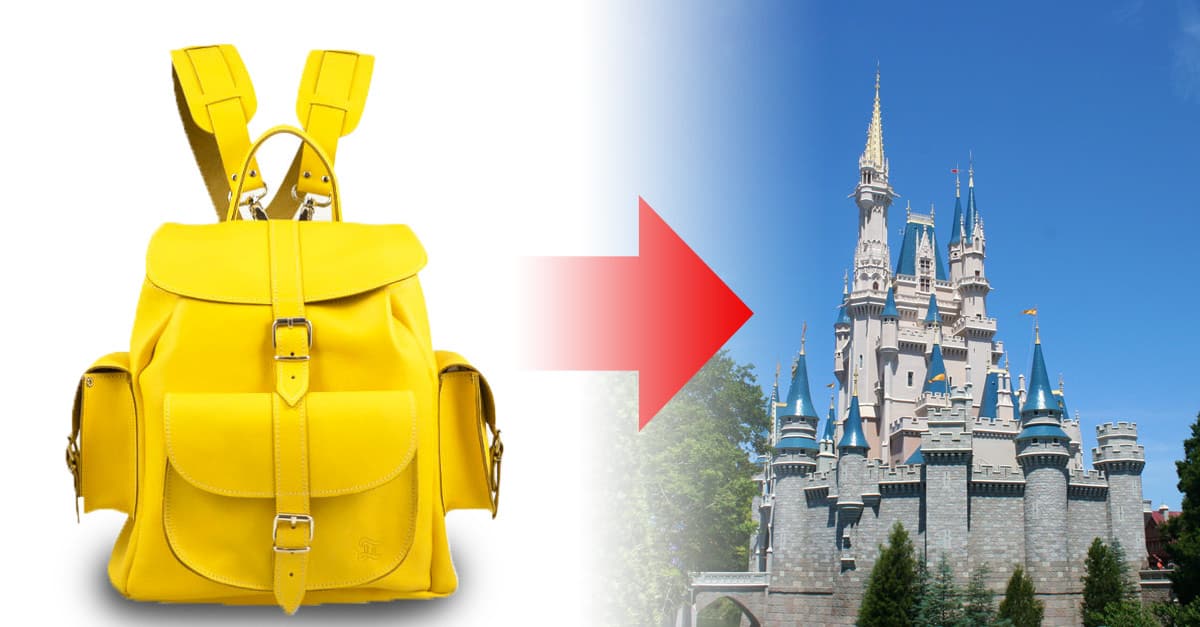 I’ve been to the Walt Disney World Resort in Florida so many times, I’ve lost count. That’s not the only thing I’ve lost. Years ago, when I was a Disney World rookie, I also nearly lost my mind when I found myself in the middle of a scenario in the parks for which I wished I was better prepared. Those were the days when I didn’t yet know the extreme value and importance of carrying a “park bag” with me anytime I ventured into Magic Kingdom, EPCOT, Hollywood Studios or Animal Kingdom.

But I’ve often heard it said that experience is a sage old teacher, and one of the things from which we gain the best knowledge and wisdom. And I stand before you today a reformed Disney World park-goer. A Disney World pro. And now I know better than to ever head to the parks without my park bag. Trust me. I’ve got four kids. And if you have kids—no matter their ages because they need their mommas to remember things for them—you’ll need a park bag for your trip too. For me, it’s my favorite Toy Story backpack that I purchased solely for use as my park bag. Outside of my trips to Disney, that pack doesn’t see the light of day, but it earns its keep on every Disney World adventure.

The bag you take is, however, second in importance to what you carry inside the bag. The old adage, “it’s what’s inside that counts” was never more true. And if you’re new to the idea of Disney World or to the idea of a park bag at Disney, I’m happy to share with you the 10 things I’m always sure I have in my bag and why.