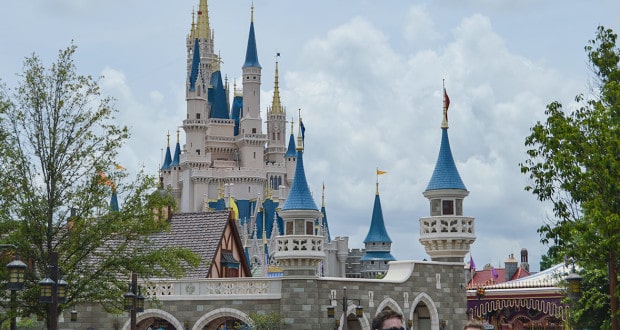 Walt Disney World is known as the “most magical place on earth”, and welcomes millions of visitors every year. There are some things that you can’t do at Disney, Ever. I have listed some of these things that are against the rules and policies of Disney. Personally, I am glad these regulations are in place, because I know they are in the best interest and safety of their guests. Every visitor to any Disney Park can be assured their Disney vacation will not be interrupted by unruly guests or dangerous situations. While you are at this most awesome vacation destination, Disney Cast Members will be making sure every moment is “magical”!

1. Buy Balloons At Animal Kingdom — Oh, those beautiful, colorful fantasy balloons you see floating in the air, especially during the Parades! Every child wants one of these magnificent balloons. If, however, you are planning to visit Disney’s Animal Kingdom, be aware of the fact that balloons are not allowed there, for the safety of the animals. You will have to stop by your car or Resort, and drop those balloons off before you begin your Animal Kingdom adventure. This rule is strictly enforced, so you may want to reconsider purchasing those balloons until another day.

2. Demonstrations Or Speeches — Don’t even attempt to hold an unauthorized event, demonstration, or display a banner or flag in order to get a crowd’s attention to a particular cause. It will not be permitted or tolerated, and you and your group will be escorted from the Park. Walt Disney’s hopes and dreams were for a place where “age relives fond memories of the past, and youth may savor the challenge and promise of the future”. Walt Disney World and all the Disney theme parks are dedicated to Walt’s ideals and is not a place to protest or demonstrate any personal or political beliefs.

3. Carry Weapons — You cannot bring a weapon or any object that appears to be a weapon into any Disney Park. Enough said!

4. Cutting in Line — If you don’t have a fast pass reservation for a ride or attraction, you will most likely be in line for quite some time. If some of your family or group decides they do not want to wait in line and leave to go somewhere else, don’t even think about letting them jump in line to rejoin you. This is considered disruptive behavior by Disney and could get your group removed from that attraction. It is also very discourteous to the other guests who have remained in line. Another form of line cutting which is not tolerated is when one person runs ahead of a group, gets in line, then thinks incorrectly that when the other members of the group arrive, they can join them in line. This also would not be tolerated.

5. Ride With the Pilot on the Monorail — When Walt Disney World first opened, the sleek, smooth-riding Monorail was everyone’s favorite mode of transportation, and one popular perk was getting permission to ride up front in the Pilot’s car. My family and I rode with the Pilot several times, and it was a wondrous way to view the Magic Kingdom and the surrounding Bay Lake Area, and other Disney Resorts. It is a memory we will cherish forever. This privilege ended after a collision between two Monorails in 2009, which ended the life of one young pilot. The entire Disney family and fans expressed much heartfelt sympathy for the family of this young man who lost his life loving what he enjoyed most, making people happy.

6. Display Bad Behavior — At Walt Disney World there are certain types of bad behavior that will not be ignored and will get you removed from the Park. Never engage in any of the following activities or actions while at a Disney theme park: using profanity, provoking other guests or cast members with abusive gestures, shouting or name calling, standing on any ride and refusing to remain seated while the ride is in motion, trying to exit a ride while it it moving, inappropriate gestures or females lifting shirts during ride photographs.

7. Wear Offensive Dress — Yes, Walt Disney World has a dress code for guests, so do not come dressed in any of the following:

I, myself, do not think any of these codes are unreasonable. I would not want to sit in a ride where a person whose exposed “derriere” had been sitting. Think about where you’re at, and dress appropriately.

8. Exiting the Carousel of Progress During The Show — The Carousel of Progress is the most iconic attraction in all of Walt Disney World. This famous tribute to man’s innovative spirit debuted at the 1964 World’s Fair in New York, was part of Disneyland from 1967 until 1973, and in 1975 it became a permanent attraction at Walt Disney World. It is one of those attractions you just have to visit on every trip to WDW. There is an announcement at the beginning of the show by the host or hostess who warns the audience that it is a 20-minute production so if they wish to leave, they can. This is followed by several warnings to not attempt to exit the moving theater once the show begins. This is because if any one tries to open one of the exit doors at any point, even when the theater stops moving, the show immediately stops and cannot be restarted. It happened to us a couple of times over the years, and each time we had to exit the theater, without finishing the show. We did receive fast passes, but it was still aggravating that people would be that careless, and it is also dangerous to do so.

9. Trespass — Over the years there have been many instances of guests attempting and occasionally succeeding to access areas of the Parks which are clearly marked, “Cast Members Only”. The #1 target of these trespassers at Walt Disney World is the underground “utilidors”, where Cast Members and tour groups only are permitted. Unauthorized videos by these interlopers have appeared on Youtube and other internet sites, much to the dismay of the Disney Company. This is a definite “Can’t Do Ever” at any Disney theme park. If caught, you could be banned for life from Walt Disney World. Is getting that video worth the risk?

10. Bring Selfie Sticks — The most recent ban by the Disney Company are “selfie sticks”, which are poles of different lengths used to support video cameras, cameras, etc. to get a better picture and a steadier camera. The problem with these is they have become a safety hazard for cast members and other visitors. On rides and in a crowd these selfie sticks can be a nuisance and a danger to anyone around. I am glad they have been banned. You don’t need a camera on a pole to get a great picture at Walt Disney World.

Walt Disney World is a place where families can have a magical, memorable experience. Their visit is even more enjoyable due do these Disney rules and policies which are put in place to assure your vacation is
the best ever without any thoughts or concerns about safety. Final words: “Enjoy the Magic”!