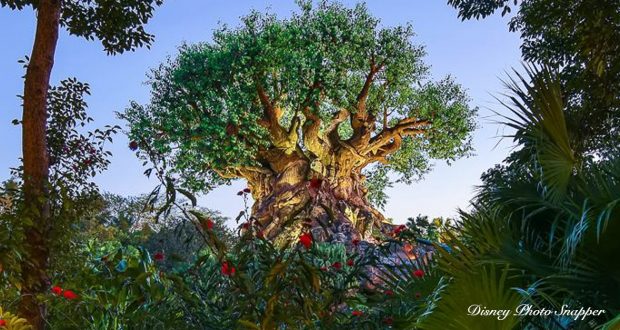 Walt Disney World is also known as the Most Magical Place on Earth, a world of imagination, fantasy, thrills, chills, fun, and total family entertainment. At this most special Walt Disney World, there are some things you may never see or witness. Here are ten of those things.

One of the reasons you will not see a lot of trash around is because guests are never more than 20 steps away from a trash can. Also, one of the Cast Member rules they learn at orientation is “Everyone picks up trash”. They are taught that no Cast Member, whether an Attraction Host or an Executive Vice-President, should ever walk by a piece of trash and not pick it up. There are enough custodians hired that no trash can will ever be seen overflowing. Once the trash is collected, it is removed from the Parks and dumped into AVAC (automated vacuum collection) system processors throughout the Parks. The trash then travels through pneumatic tubes to a central location where it is processed and compressed for transfer to a landfill or recycling plant. At Walt Disney World, even the trash can go for a ride.

Selfie sticks are long poles which can hold a camera or smartphone enabling the user to extend their reach and get a wider photo showing themselves and a wider view of the surroundings. Selfie sticks were banned at all Disney Parks because of the growing concerns for the safety of guests and Cast Members. A majority of Disney guests are happy that these nuisance devices will no longer be seen at Walt Disney World, and other Disney theme parks.

4. Flash Photography on an Indoor Ride

There is a reason flash photography is not allowed on inside, dark rides. Bright lights ruin the magic for other guests. Most indoor attractions have special lighting which enhances the mood and storyline of the ride. These attractions are meant to take you away from the real world and into the places that they represent. If you’re shining a bright light from your video camera or flashing pictures, then you’re exposing backgrounds, walls, mechanics, and other things that take away from the magic for other guests. Some cameras are equipped with a night vision option and are not intrusive on the ride’s enjoyment. This doesn’t mean that there won’t be that one person who doesn’t adhere, but Disney works tirelessly to remind guests to observe this request.

5. Guests Without Shirts or Shoes

Yes, Walt Disney World has a dress code for its guests. All Disney theme park guests are required to wear shirts and shoes at all times. You will also not see a female guest wearing a bikini top because if they do, they may be asked to leave or cover up. Ladies may wear swimsuit tops but only if they are covered with a shirt or tank top. Walt Disney’s philosophy of “Family First” has been passed down through the years. Additionally in the hot Florida sun, it would be easy to land a bad sunburn. Ouch!

Disney does not allow plastic straws, lids, or balloons at Animal Kingdom. Disney works tirelessly to protect their animals habitat. Preventing plastics is just one way they can avoid dangerous products accidentally entering the animals’ habitat. Additionally, Disney has recently announced that by 2019, they will no longer offer plastic straws throughout their parks. Many food establishments throughout the country are working to replace plastic straws with paper ones. (The reasoning: Plastic straws fall through the recycling sorters and are often sent to landfills where they do not break down or end up in the ocean as a threat to wildlife.)

All of these items are not allowed in any Disney theme park or Resort Hotel. It is quite obvious why these wheeled accessories are not permitted inside the Walt Disney World Resort. With the number of people who attend Disney Parks, these types of items are definitely accidents waiting to happen.

Adults that wear costumes or clothing that can be viewed as representative of an actual Disney character are not allowed in any Disney theme park and will be asked to leave or change clothing. The only exception to this rule is during the Mickey Not So Scary Halloween Party event. The problem with adults wearing these costumes is the integrity of the Disney characters, and some adults in these costumes may not present themselves in a positive manner. If a young child were to witness Tinker Bell arguing or displaying inappropriate behavior, that sight may affect them for a long time. There is an alternative to this which is called “Disneybounding” and is gaining a lot of popularity. Guests are able to take inspiration from specific characters and come up with a representative outfit, NOT costume, which they may wear in the parks.

At Walt Disney World, families gather for hours to get the best place along the curbs on Main Street, USA for the best view of an upcoming parade. Everyone wants to up close and personal with the parade characters and for those memorable photos. Sometimes guests endure the hot sun or threatening thunderstorm to hold their spot. It would be great to have a folding chair to make that wait time more bearable. Well, folding chairs are not allowed at any Disney theme park. The reason is obvious—No Room! The people traffic on the sidewalks does not stop because of a parade. In fact, there are cast members all along the parade route to make sure people who are not watching the parade keep moving. Folding chairs would be an absolute annoyance.

One of the most recent intruders to Disney Parks is non-human; it is the latest innovation in the scientific world of technology and advances in mechanical inventions. This invention has been in existence for quite some time, but it is now available to the general public. It is called a drone, which is used for photography or entertainment purposes. There is a “no fly” zone over the Magic Kingdom as well as other parts of the WDW Resort. Flying a drone over restricted areas is violating federal law, and could result in a fine, jail time, and a criminal record.  You can bet Disney security is keeping their eyes on the skies over the Magic Kingdom.

When you visit Walt Disney World, you will see and enjoy all sorts of amazing and thrilling rides and attractions, but there are quite a few things you may not see. Most of these things will not be missed, and for the most part are better off not seen. The bottom line is to enjoy your extraordinary Disney Vacation and leave with the best memories of a supercalifragilisticexpialidocious stay at this Most Magical Place on Earth.