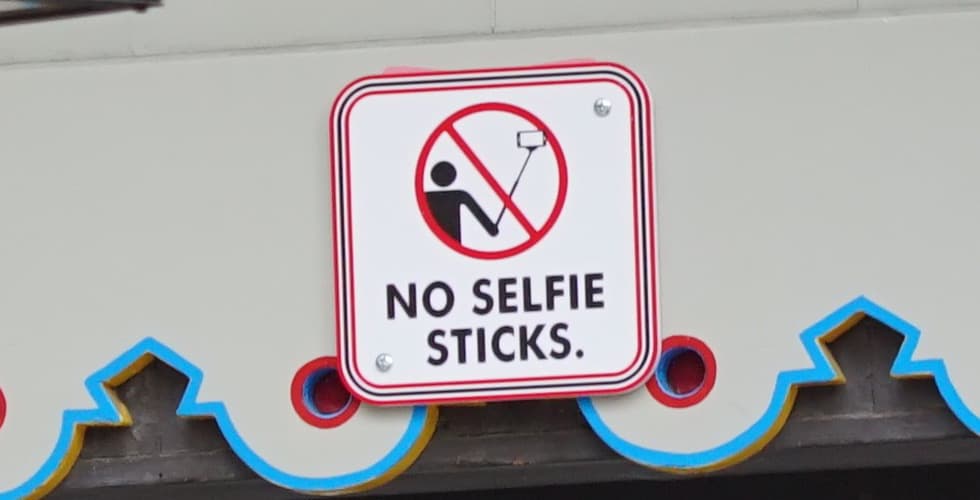 9. Selfie sticks for your smartphone or tablet.

You’ve probably seen selfie sticks in every public place you’ve visited recently. Selfie sticks are long metal monopods on which you secure your smartphone or tablet so you can take selfies from a distance longer than your arm. They work well for group selfies. Disney doesn’t dispute a selfie stick’s value. But Disney does expressly prohibit the use of selfie sticks at all of its theme parks and water parks. “But I’ve brought a selfie`
stick to Disney before and it was fine.” We all did—because Disney allowed them for years. However the entertainment giant has decided against them now for many reasons—they can present a safety hazard in crowded areas of the parks, and during peak seasons, there are very few uncrowded areas of the parks. Because selfie sticks extend out so far, they can obstruct another Guest’s view of a show, a parade or an attraction. Disney is adamantly committed to the safety and enjoyment of every Guest that visits pand prohibiting selfie sticks helps to ensure that.