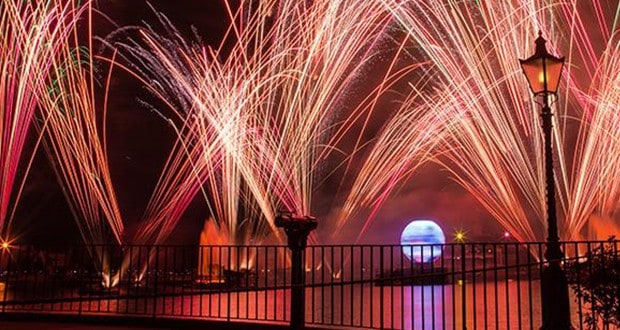 It’s understandable to want to turn in early after a full day at Walt Disney World with all that walking and heat and excitement, but don’t. In fact, some of the parks’ best entertainments take place after the sun goes down and if you call it an early day, you’ll miss out on these great experiences.

Disney World’s only nighttime parade takes place at the Magic Kingdom. Thousands of lights cover floats and Disney characters as the Main Street Electrical Parade makes its way up Main Street through Frontierland. Classic characters such as Mickey, Minnie and Donald are joined by Cinderella, Snow White, and Alice with a patriotic finale. On select nights, the parade even appears twice.

9. Celebrate the Magic and Wishes

Following the parade, the Magic Kingdom also has two additional evening entertainments. The first is Celebrate the Magic. Guests standing in front of or on either side of Cinderella Castle will be treated a show that’s projected on the castle and features a variety of Disney characters. Minutes after the show is over, the fireworks spectacular Wishes begins. This is a not-to-miss experience as a memorable soundtrack plays while an impressive fireworks display fills the sky.

Over at Epcot, there’s another show found in the center of World Showcase Lagoon. Guests can find a viewing area in any of the countries at World Showcase as this laser show features a floating globe that opens up to reveal a large torch. The center of the show’s theme is that we are all the same, no matter where we come from.

Disney’s Hollywood Studios has Fantasmic, a larger than life show featuring Mickey Mouse and friends as he fights to take back his dreams from the Evil Queen and other Disney villains. The show includes projections onto water, fireworks, stunts, explosions, and a large number of your favorite Disney characters.

Calling it an early night also means you’ll miss out on Extra Magic Hours that occur after the parks close. Those staying on property have access to a select number of attractions on certain nights after the parks close to everyone else. This allows for shorter lines. Not everything is open during these time periods so check the Disney website or a park schedule for a list.

If seeing the parade or the fireworks isn’t for you, or you’ve seen them already, late night dining reservations may be the way to go. From 5pm-7:30pm restaurants are usually booked, so if you can wait a bit later, chosing an 8pm or 8:30pm reservation may allow you to book those hard to get reservations. Then when your meal is over, the park will be virtually empty and you can get the rare experience of walking around the park at night with no one around. Note that sections of the park will be closed off to encourage guests to leave, but you’ll have plenty of space to do so.

Each resort hotel has a schedule of activities throughout the day that also includes a nighttime movie. Each night features a different Disney film which is projected onto a screen outdoors, usually by the pool area. This late night entertainment is family friendly and a great way to relax while still enjoying what Disney has to offer.

Bus service at Downtown Disney can run as late as 3am, so there’s plenty of time for late night fun. For kids, there’s Disney Quest, the AMC movie theater, a kids dance party by the Waterside Stage and the Splitsville bowling alley. La Nouba by Cirque du Soleil is also a family friendly experience. For adults, there are a number of bars including Raglan Road. Keep in mind new restaurants and entertainments will be added as construction continues for Disney Springs.

For more adult entertainment, guests can visit the Boardwalk and visit venues like the Atlantic Dance Hall and Jellyrolls. The dance hall plays music from the 80s, 90s, and today, open from 9pm-1:45am. Jellyrolls offers live music at this piano bar that includes dueling pianos and sing-a-longs. A variety of cocktails are available at both locations and a cover charge may be applied. For those guests traveling with young children, babysitting services are available at all Disney Resort Hotels.

After the Magic Kingdom closes, about 30 minutes or so, Disney gives remaining park guests a Goodnight Kiss. Cinderella’s Castle twinkles as the tune from When You Wish Upon a Star plays. A narrator then thanks guests for coming to the Magic Kingdom, shares Walt Disney’s thoughts on the park, and wishes everyone a good night.

Call it an early night and you’ll miss out on all this extra fun you could be having. You’re at Disney World, so make the most of your time spent in the most magic

Boardwalk Disney World Downtown Disney Entertainment Fantasmic Illuminations Wishes 2015-04-14
Kristina
Previous: 12 Reasons You Should Visit Disney At Least Once A Year
Next: 10 Disney Foods We Crave When We’re Not in the Parks 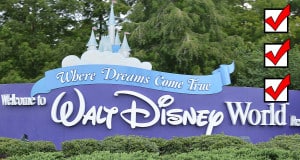 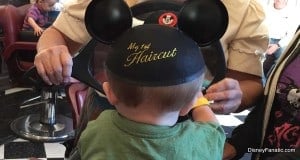 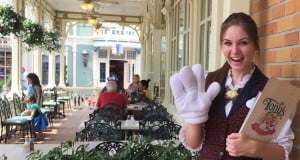