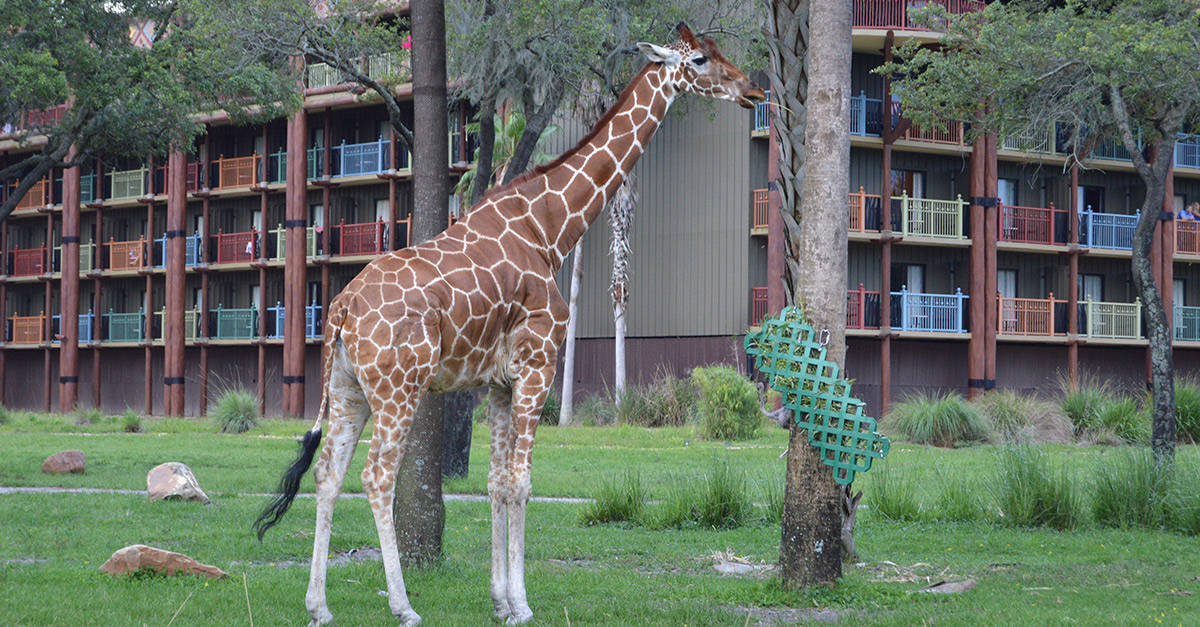 There are characters that are unique to each of the resort’s four theme parks, and at Disney’s Animal Kingdom Park and at times its resort hotels, too, you’ll meet characters you won’t see elsewhere. There’s Donald’s Dino-Bash! in DinoLand U.S.A., for starters, which features the likes of Scrooge McDuck and Launchpad, and Asia’s Up! A Great Bird Adventure where you’ll meet Dug and Russell.

Disney’s Animal Kingdom Park in particular is bursting with wildlife from all around the world, including the entire real-life cast of The Lion King! Not only can you enjoy views of some of their habitats from certain resort hotels, but some even boast animal habitats themselves. Everyone is part of “the great circle of life”, but here you’re right in the heart of it.

7. No Two Resort Hotels Are the Same

It’s fair to say the resort hotels here differ enormously from one another. The likes of the electrifying Disney’s All-Star Resorts scream color, its Animal Kingdom Villas and Lodges offer views of Animal Kingdom’s lush African-inspired savannas and the wildlife that inhabits them, while Disney’s Coronado Springs occupies a Southwestern-inspired setting.

8. The Landscape is Stunning

Almost “everything the light touches” here is yours to explore. Seemingly authentic landscapes from jungle settings to African savannas accentuate the kingdom’s majestic wonder, and demonstrate just how much Disney’s Animal Kingdom Resort takes “pride” in its “lands”. And as mentioned with the resort hotels, depending on where you choose to stay you’ll enjoy views of those lands and beyond.