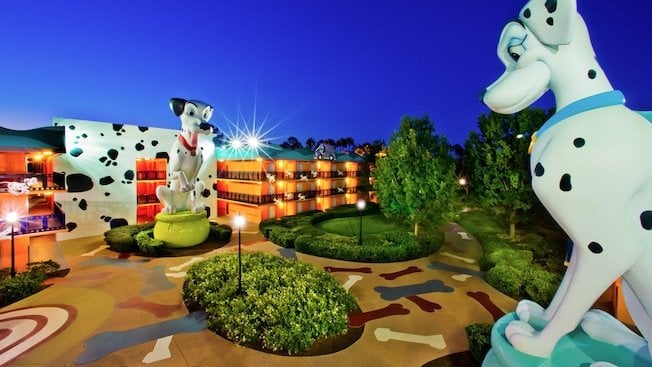 3. Movies Under the Stars - Chill with your family under the stars – just like Simba, Timon and Pumbaa do in The Lion King.

5. Unique Character Greetings - There are characters that are unique to each of the resort’s four theme parks, and at Disney’s Animal Kingdom Park and at times its resort hotels, too, you’ll meet characters you won’t see elsewhere.

6. The Wildlife - Disney’s Animal Kingdom Park in particular is bursting with wildlife from all around the world, including the entire real-life cast of The Lion King!

7. No Two Resort Hotels Are the Same - It’s fair to say the resort hotels here differ enormously from one another.

8. The Landscape is Stunning - Almost “everything the light touches” here is yours to explore.

9. The Food - You won’t go hungry like a hyena in Disney’s Animal Kingdom Resort.

10. There’s Room to Breathe - Here at Disney’s Animal Kingdom Resort you can truly escape the hustle and bustle of the parks by undertaking some serious R&R.

11. Guest Benefits - It goes without saying that, besides all the “bare necessities”, as a guest you’ll also enjoy magical benefits during your stay.

Left 4 of 4 right
Next: How to Enjoy Walt Disney World Parks When They’re Crowded