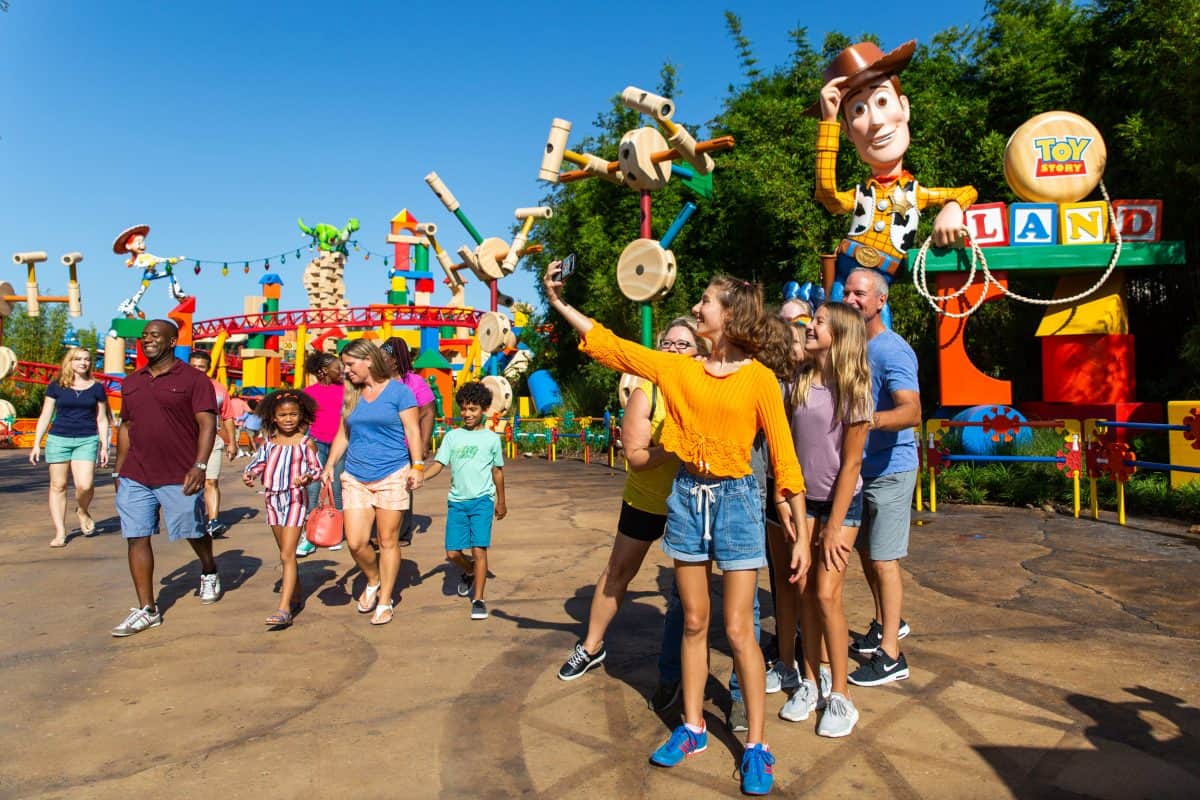 If you’re a fan of Disney World’s hidden Mickeys phenomenon, you’ll love the hunt at the new Toy Story Land. But since they are “hidden” for a reason, we won’t spill anything specifically about the location of the covert mouse heads. But we will give you some hints—there’s one inside Woody’s Lunch Box, another one in the queue for the Alien Swirling Saucers attraction, one in the queue for Toy Story Mania, and there’s even one in the loading area for Slinky Dog Dash hidden in a huge drawing on the wall. Can you find your old pal Mickey in Andy’s backyard?

Andy and his family got Buster for Christmas at the very end of the first Toy Storyinstallment. We see Buster again in Toy Story 2(he comes in handy when Woody needs a ride from Andy’s room to the garage sale in the front yard). And Disney’s Imagineers made sure to include Buster in the new Toy Story Land. As you walk into the stand-by queue for Slinky Dog Dash, you will notice above you a gold medal that has a digital readout of the wait time for the ride in minutes. This gives you an idea of how long you’ll be in line. Take just a moment to look at the backside of that medal before you head on to the ride. You will read the words, “Buster 234 Main Street.” It’s the dog tag that hangs from Buster’s collar! But if you blink, you’ll miss it!