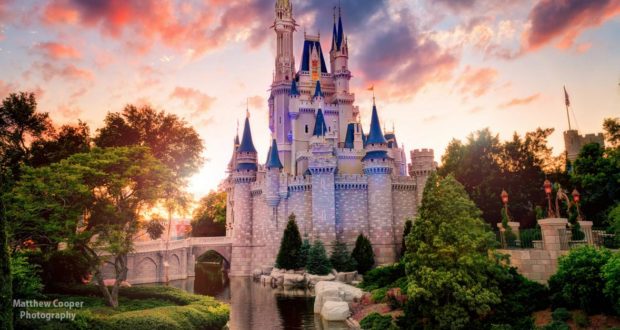 1) The parks can be VERY crowded

A lot of first time Disney guests have no idea how crowded the parks can be, even on an average or slow time of year. In addition, they are usually unaware of when the busy seasons are. I’ve heard guests in Walt Disney World on Christmas week who were surprised that the parks were so crowded—they assumed most people would be home with their families during the holidays and that it wouldn’t be such a busy season at the parks. Before booking your first trip, it is super important to do some research into the time of year you want to go, and to understand that regardless of when you go, going to Disney will always mean dealing with crowds.

First timers generally respond that Disney was more expensive than they thought it would be. First of all, it is definitely important to understand how expensive a Disney vacation is in advance, so that you do not experience sticker shock when you arrive at the parks, but it is also important to again do some research into the different ways you can still save money on a Disney vacation.

3) You should stay on property, even though it is more expensive

Staying at a Disney resort is more expensive than staying off property, but if you ask me, the added cost is worth it. While off property resorts are cheaper, staying on Disney property entitles you to complimentary transportation, between the parks, Disney Springs, and to and from the airport, as well as Extra Magic Hours, in which resort guests can enjoy more time in the theme parks. Staying at a Disney resort also means being surrounded by Disney cast members, who know exactly how to help you with your Disney vacation and are ready to help.

4) You should get your “spot” for parades and fireworks early

This point is even more important for first time guests, because if you’ve never seen the parades and fireworks before, you probably want the best possible location to watch them from. Many first time guests do not realize how crowded these areas will become, and they miss out on getting a good spot by showing up last minute.

5) Fastpass is included in the price of your ticket

Some theme parks charge extra for services similar to Fastpass, Disney however does not. A seasoned Disney fan might actually be surprised at how many first time guests do not use Fastpass+ at all because they assume they’d have to pay extra for it.

7) So is taking care of yourself

It is easy to forget how important it is to do basic things like drink enough water and protect yourself from the sun when you’re on vacation, and it’s definitely something that first time guests at Walt Disney World struggle with. Even though you’re running around having a good time, make sure you still wear sunblock, hats, and sunglasses, and stay adequately hydrated throughout the day.

8) You should make dining reservations in advance

First time guests are not usually aware of just how popular many of the Disney table service restaurants are. They might look up the menus, and have some idea of where they’d like to eat, but unfortunately for some locations, no reservation ultimately means no table—making it best to have those reservations taken care of ahead of time.

9) There is a lot to do outside of the parks

First time guests will probably (and understandably) be most interested in visiting the theme parks, but it’s worth looking into the other things Disney has to offer, like water parks, mini golf, Disney Springs, watercraft rentals, horseback riding, and dinner shows just to name a few.

10) Tickets can be upgraded at any time during your trip

All too often, first timers purchase park hoppers because it sounds like a good idea to have the convenience of switching parks, but they never get around to actually doing multiple parks in one day. If you’re not sure if you’ll be park hopping, purchase a base ticket instead, and know that you can update it at anytime.

First time guests tend to have the idea in their heads that Disney is only for children. Walt Disney himself even said quite the opposite when he discussed his inspiration for building Disneyland, as he wanted a place where parents and children could have fun together. This means not only is there plenty for adults to enjoy in the parks, but it’s also perfectly okay for the adults to act like kids and have a great time on vacation too.

12) Cast members are always ready and willing to help

A cast member is never going to laugh at or judge a first time guest for asking a question that might be a little silly. If you’ve never visited the parks before, it is understandable that you might not understand how Fastpass works, or where the nearest restroom is. Never be afraid to ask a cast member for help, and get out there and have fun on your first Disney vacation!