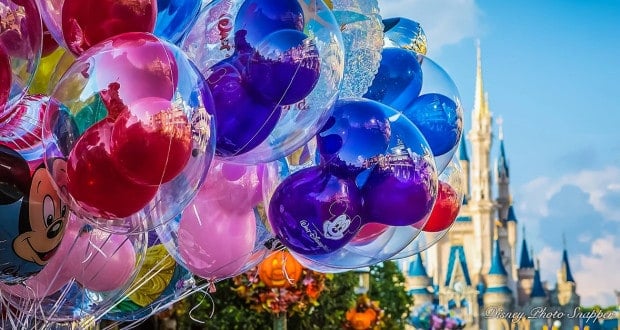 There are countless experiences at Magic Kingdom Park, and it would take far less than “infinity and beyond” to list the things you can afford to miss. But here’s a step-by-step-of-sorts guide to 15 things you’d be as “mad as a hatter” to miss!

When the show is over, turn around and head back to the incredibly-charming Main Street, U.S.A. Grab a coffee, pick up a pastry at Main Street Bakery, and load up on snacks and sugar so that you don’t “glitch out” while exploring this enormous park!

Before you go even further, it’s time to get an obligatory selfie in front of the castle with your favorite pair of Minnie Ears on. But as it will be one of countless pictures you’ll end up taking, consider Disney PhotoPass and Memory Maker ahead of your visit.

So now the exploring begins, but don’t worry, because you don’t have to walk to all the lands. Hop aboard the Walt Disney World Railroad – also an adventure in its own right – and stop off at Frontierland and Fantasyland, where you can make a head-start on your target attractions! *NOTE: This attraction is currently closed due to the Tron Coaster construction.

5. The Many Adventures of Winnie the Pooh – Fantasyland

While you’re in Fantasyland, be sure to celebrate this year’s Disney film Christopher Robin with the “silly old bear’s” signature ride. After enjoying the interactive queuing system, climb into a “Hunny Pot” and explore Hundred Acre Wood on this whimsical storybook adventure!

6. Be Our Guest Restaurant – Fantasyland

Smelling all that honey is bound to leave you pretty hungry, so “put Disney World’s service to the test” with the Be Our Guest restaurant. You’ll need to make reservations in advance, though (in fact, you can make them up to 180 days in advance), but then you’re free to “try the grey stuff” – it’s delicious!

Once your food has settled, the old classic Haunted Mansion should be next on your list. FastPass+ comes highly recommended here, and just think of it as your ticket into the hugely-popular world of the undead…

After being scared silly, it’s time for some laughter, because laughter generates far more energy for Magic Kingdom Park than screams do! Head over to the Monsters Inc. Laugh Floor comedy club, where Mike Wazowski might not be “on TV”, but is certainly on stage!

For another trending ride, don’t miss The Jungle Cruise. 2019 will see the release of the movie adaptation starring Dwayne “The Rock” Johnson and the brand new Mary Poppins Emily Blunt. So hit this ride while it’s hot and explore some of the most dangerous rivers from around the world!

If Magic Kingdom Park is your first park-stop (make sure it is), then it’s a great place to whet your appetite before experiencing Toy Story Land in Disney’s Hollywood Studios. Why? Because Buzz Lightyear needs your help defeating Zurg – that’s why!

Speaking of Buzz, you can’t leave Magic Kingdom Park without meeting a Disney character. With the My Disney Experience app you can find the likes of Buzz, Mickey and even Gaston at his very own tavern in Fantasyland – and no one greets like Gaston!

Be sure to return to Main Street or Cinderella Castle later in the day, so that you can experience this whirlwind of intricately-designed floats, color, characters and original Disney music. There’s no better way to enjoy some sing-along fun, so “forget about your worries” and just “let it go”!

Before you even entertain the thought of leaving, check out Emporium – the largest store in the park that’s so big it could almost be a land in its own right! Make sure you purchase a MagicBand (or pick up your free one if you’re a Disney Resort Hotel guest), and use it to make your purchases.

Now it’s time to see the park after dark. Do of course return to your Disney Resort Hotel for a powernap (not the Sleeping Beauty kind), but once you’re refreshed, come back and see Magic Kingdom Park in all its sparkling glory – it’s like “a whole new world”…

15. Once Upon a Time & Happily Ever After – Cinderella Castle

Once you’ve enjoyed certain attractions at night, it’s time to celebrate the end of your Magic Kingdom Park adventure. Make yourself present at Cinderella Castle with time to spare, as you’ll need to find a comfortable spot so that you can enjoy these heart-warming shows.

You should always check the park’s Times Guide or the My Disney Experience app for schedules and the hours of availability for attractions. Otherwise, “everything the light touches” is yours to explore, and when night falls, so are the “shadowy places”!

2020-06-13
Daniel
Previous: Photo Update of Tron Coaster Construction at Magic Kingdom
Next: How To Do Walt Disney World & Not Return Home Exhausted