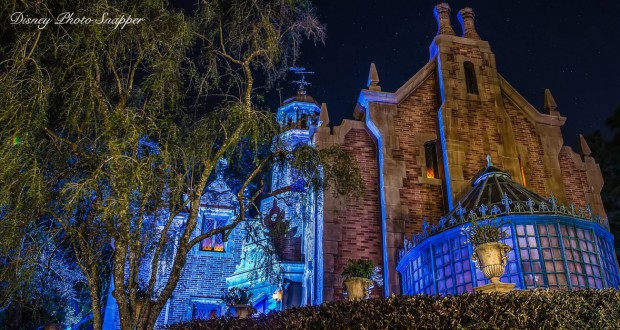 16 Disney Attractions That Have Stood the Test of Time

Very often, Disney fanatics talk about attractions of the past with longing and reverence. We tend to be upset when old favorites are replaced with new attractions. Below is a list of rides that have been Disney World staples since the parks’ openings. They have truly stood the test of time, and it would be hard to imagine the parks without them. Missing from the list are some incredible favorites, including the hugely popular “mountains” (Space, Splash, and Big Thunder), as well such classics as Peter Pan’s Flight. This serves as a reminder that change, in addition to being inevitable, also sometimes brings about some amazing things.

Most of the attractions discussed here are located in the Magic Kingdom, while a few are at Epcot and Hollywood Studios. Animal Kingdom, having only been built in 1998, is still too new to have any attractions that have come and gone.

1. The Hall of Presidents

An opening-day original, The Hall of Presidents can still be found in the Magic Kingdom’s Liberty Square. This attraction never loses its relevance; every 4-8 years we have a new President, so the attraction is periodically updated. As someone who is not particularly interested by history, I am astounded on every visit at how life-like the animatronic figures are. The show is truly moving, and at the very least, it’s a nice cool break for the heat!

The Haunted Mansion remains extremely popular- a true cult favorite. Not only has the spooky Haunted Mansion enjoyed its stay in the park since opening, but subsequent Disney parks (Disneyland Paris, Hong Kong Disneyland, etc.) have all made their own versions of it.

Although the name has changed, the raceway in Tomorrowland has been at Walt Disney World since day-one. I’ve never met anyone who says this attraction is on their “must-do-every-time” list, but it always seems to have a line!

Dumbo exemplifies “classic Disney” and it would be hard to imagine the Magic Kingdom without this favorite. It hasn’t been without changes, though. A few years ago, Dumbo was moved to its new location in New Fantasyland, and was duplicated to help ameliorate the demand for this popular (and slow-loading) ride. A new indoor circus-themed waiting area was also created- it’s a destination in itself that little ones may enjoy even more than the actual ride!

Motion-sick friends, you’ll want to sit this one out. The Mad Tea Party is a simple spinning teacup ride, and it has been a park staple since the beginning. Although not particularly innovative, the ride is relatively popular and has been since the park opened in 1971.

The carousel has undergone some name changes, but has stood in the same prominent position since the Magic Kingdom’s opening. Nothing says “amusement park” quite like a carousel, which is perhaps why it has stood the test of time.

It would be truly shocking if it’s a small world ever left Walt Disney World. This classic was originally created for the 1964 World’s Fair, and was later brought to Disneyland. When Disney World opened, there was no question that it would also have a version of the ride.

The Country Bear Jamboree has been around since park opening, although it has undergone some “sanitizing.” Have you ever really listened to what those strange bears are singing about? The attraction remains quite unusual to this day, despite more than one revision. I’m all for keeping attractions for the sake of nostalgia, but I’m slightly surprised that this is one has stood the test of time!

The Jungle Cruise is another favorite. Many of its diehard fans have memorized the names of the boats, along with some of the corny jokes told along the cruise. The Jungle Cruise embodies Walt Disney’s adventurous spirit, as well as his sense of humor.

This walk through attraction is found in Adventureland. Although the Swiss Family Robinson is not as relevant as it once was, the treehouse is still a centerpiece of Adventureland. Walt Disney always believed in having a “weenie” to draw people into an area- something that would stand out above the horizon and draw the eye (and subsequently the guest) toward it. The Swiss Family Treehouse is one example of this visual strategy.

Did you know that the Walt Disney World Railroad uses genuine working steam engines? Walt Disney was a huge fan of steam trains. In fact, he had one in his backyard. Though not a particularly scenic ride, or even an efficient way of getting around the park (it’s almost always quicker to walk), it is a tribute to Walt Disney and his passion.

12. Living with the Land

The Land Pavilion at Epcot has been around since the 1982 park opening; the attractions in it, however, have undergone major changes over the years. The pavilion itself has always been a major destination in the park, which is true more than ever with the addition of Soarin’ in 2005. Over the years, attractions have come and gone (RIP “Food Rocks”), but the “Living with the Land” attraction (despite a few changes) is still going strong.

Spaceship Earth tells the history of human communication. It is one of the few Epcot attractions that have been at the park since opening day. As the centerpiece of the park, it would be a true tragedy if this attraction were to be eliminated or changed dramatically.

MGM Studios (now Hollywood Studios) only had a handful of attractions on its 1989 opening day, and The Great Movie Ride is the only one that remains. This ride embodies what the park is about- the magic of the movies- but some would argue that it could use an update!

Like the aforementioned stunt show, this guest favorite opened at MGM Studios later in 1989. It was a much-needed addition to the park which was heavy on tour-like experiences and short on actual rides. It has recently undergone some updates, with four new film options added, but has truly stood the test of time as a guest favorite. It’s likely that the ride’s popularity has contributed to the addition of Star Wars Weekends, as well as to rumors of a future Star Wars park expansion.

What do you think about these 16 legacy attractions? Is it time for some of them to retire? Are there other rides of the past that you wish had hung around instead? Let us know what you think!