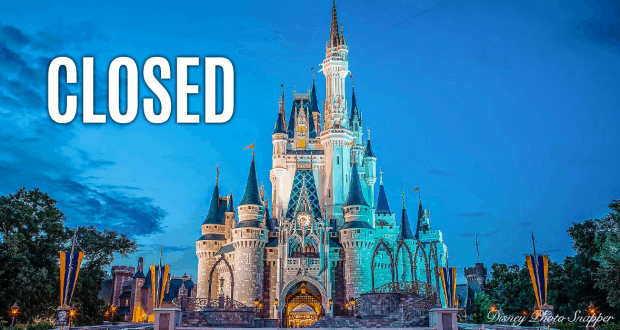 For the Disney Fanatic in all of us, there are times when we find ourselves reminiscing about those rides and attractions that are no longer a part of Walt Disney World. They will always have a special place in our hearts and memories, through photos, videos, souvenirs, etc. This is my small tribute to those unforgettable rides and attractions that many of us experienced time and time again. We will remember them always and the joy they gave us!

20. Davy Crockett Explorer Canoes — Guests stepped into a 35-foot-long fiberglass canoe, and with the aid of two guides dressed as Frontiersmen, would paddle around Tom Sawyer’s Island. These guides would give a quick lesson on how to paddle, and would point out different sights along the way. Sadly, this unique rowing experience, which opened in 19711, was permanently closed in 1994.

19. Push, the Talking Trashcan — Push, the talking trashcan, a radio=controlled robot which made daily
visits all around Tomorrowland. The interaction between Push and guests was hilarious, especially when
he would sneak up on someone and start talking. Push began entertaining guests at Disney World in 1995, and despite a social media campaign, was retired in 2014.

18. Individual Ride Tickets — In 1971, when Walt Disney World opened, you had to purchase individual tickets for each ride, or you could purchase a book containing tickets labeled “A” through “E”, with “A” being the simpler rides, and “E” being the more extreme rides. These tickets were phased out in the late 1970’s with the introduction of the unlimited use ticket.

17. Bright Yellow Ponchos — Florida is famous for its afternoon “quickie” rain showers. In years past, when the rains came, so did the bright yellow ponchos with a giant Mickey on the back. Everywhere you looked, there were groups of people wearing those bright yellow ponchos, that is, until 2003, when they were replaced with clear ponchos, complete with the giant Mickey on the back.

16. Powdered Pink Soap in the Bathrooms — Until 2001, all WDW bathrooms had dispensers with pink Borax soap instead of liquid hand soap, which was much easier to clean up on sinks and floors. The light pink soap had to be removed after the 9/11 era Anthrax scare. It is a shame how the occasionally the outside world manages to infiltrate daily routines, even at the “most magical place on earth”.

15. The Walt Disney World Skyway — This very popular aerial “bucket” ride transported guests between Fantasyland and Tomorrowland. This particular skyway ride was unique in that it had an almost 90 degree turn halfway through on its way to Fantasyland or Tomorrowland, one way only. The view of Fantasyland and Tomorrowland was spectacular, and when you passed other “buckets” it was fun to wave and greet other riders. This classic ride opened in 1971, and because of safety concerns, it was shut down in 1999.

14. The “Extra Terrorestrial” Encounter — This truly scary attraction, not suitable for children under twelve, took place in total darkness, with lasers, animatronic predators, and exploding monsters. It was set in a theatre, which replaced the “Mission to Mars” attraction in 1994. Originally, it was not quite as scary, until the new CEO of Walt Disney World instructed the Imagineers to make the attraction more intense, and in 1995 it reopened as a part of the “New Tomorrowland”. In 2003, it was replaced and became “Stitch’s Great Escape”!

13. 20,000 Leagues Under The Sea — Opening in 1971, this very popular submarine ride was a unique venture for Walt Disney World, and guests were treated to a very exciting undersea adventure. The submarines were designed to resemble the “Nautilus” from the Disney classic movie, “20,000 Leagues Under the Sea”. Although the submarines never fully submerged, guests were seated below water level in front of portholes where they could observe all the underwater scenery. Unfortunately, due to maintenance costs and low capacity, the ride was closed permanently in 1994, and eventually was replaced by the “Seven Dwarfs Mine Train” ride as part of the New Fantasyland expansion.

12. Snow White’s Scary Adventure — Although seemingly a ride appropriate for younger guests, the Rianimatronic evil witch toward the end of the ride was so realistic that it scared small children to the point of tears. It became an issue, because it was not intended to frighten anyone. After minor renovations to make the ride less scary, it reopened in 1994. However, with the New Fantasyland expansion, Snow White’s Scary Adventure closed in 2012 when it was transformed into a Fairytale Princess “Meet and Greet” attraction.

11. Mr. Toad’s Wild Ride — This is another original Park opening ride (1971) which chronicled the life of Mr. Toad from the classic Disney animated cartoon, “The Wind in the Willows”. Guests boarded 1930’s miniature motorcars and took a wild ride through the streets of London and the countryside, encountering different calamities along the way, concluding with a fateful crash with a locomotive. Unfortunately, Mr. Toad was lost to us forever in 1998 and replaced by “The Many Adventures of Winnie
the Pooh”. RIP, Mr. Toad!

10. A 200 – foot Mickey Hand over Spaceship Earth As part of the Millennium Celebration, a gigantic Mickey hand holding a magic wand was placed on Spaceship Earth. This enormous structure weighed 500,000 pounds and stood over 257 feet high, thus making it the tallest structure at the Walt Disney World Resort. It was put up in 2000, and was not taken down until 2007.

9. Discovery Island — This island located on Bay Lake opened in 1974, as “Treasure Island”, a place to observe Florida’s wildlife. It was later named “Discovery Island” when it was recognized as a zoological park. Guests accessed the island by boat, and once there, could watch lemurs, Galapagos turtles, exotic birds and many more animals in their natural habitat. Trained guides were on hand to answer questions and provide information about the island’s inhabitants. The island was closed to the public in 1999, and all the birds and other creatures were sent to sanctuaries at Animal Kingdom.

8. River Country — River Country was the first water park at Walt Disney World, which opened in 1976. Located near Discovery Island on Bay Lake, this rustic wilderness themed water park was designed to resemble the “old swimming hole” with man-made boulders, rope swings, inner tube slides, and an area called “slippery slides falls” which contained chlorinated water, not lake water like the rest of the park. Even though the water from the lake was filtered, a dangerous amoeba infiltrated the filtering system, and as a result of being infected by this amoeba, the part was forced to close permanently in 2001.

6. Mike Fink Keelboats — These keelboats, named “The Gullywhumper” and “The Bertha Mae” were a part of Walt Disney World’s opening attractions. They were unique because they resembled the boats you would see on the river during the era of Davy Crocket and Daniel Boone. They were free floating and sailed on the Rivers of America around Tom Sawyer’s Island. Sadly, after one of the boats capsized in Disneyland in 1997, the attraction was closed.

4. McDonald’s Food — In 1997, an alliance between McDonald’s Corporation and the Walt Disney Company and its CEO, Michael Eisner, sealed the deal to sell McDonald’s food items at all four Disney World theme parks. These included Fairfax Fries in Hollywood Studios, Refreshment Port at World Showcase, Petrifries at Animal Kingdom, Restaurantosaurus also at Animal Kingdom, Frontierland Fries at Magic Kingdom, and the village Fry Shoppe also at Magic Kingdom. Due to the fact that the contractural agreement ended in 2007, McDonald’s was phased out by 2008.

3. World of Motion — World of Motion opened at Disney World in 1982. Guests boarded a 4-6 passenger Omnimover (constantly moving) vehicle and traveled through a series of humorous scenes depicting the progression of transportation from the invention of the wheel to present day and beyond. Using animantronic figures and projection screens, there were scenes involving a used chariot sale, and a major traffic jam featuring life size horses, chickens escaping their overturned cages, a truck, a wagon, a bus and an old Model T automobile, all trying to access one main intersection, a very comical scene. This whimsical look at the history of transportaion closed in 1996, and was replaced by “Test Track” in 1999.

2. Horizons — Horizons opened at Disney World in 1983 and was another Omnimover conveyance system ride which carried guests past realistic scenes showcasing visions of the future. Beginning with Jules Verne and his vision of the future to today’s modern technological advancements, and scenes of what the future may bring. Using large OMNIMAX screens and realistic animatronic figures, the journey highlights the possible future life in the cities, deserts, undersea, and space. In one particular scene involving the harvest of oranges, you can actually smell the aroma of fresh oranges. Toward the end of the ride, guests could choose their pathway back to the Futureport, and watch a short video showing the path they chose in a simulated fly over the desert, undersea, cities, or space. This educational, entertaining, attraction closed permanently in 1999, and was eventually replaced by “Mission Space”, which opened in 2003.

1. Fast Pass Paper Tickets — Say good-bye to paper Fast Passes and Fast Pass dispensers. Now My Magic+ and Magic Bands are available to any guest, even those staying off property. This is a highly advanced system which utilizes RFID (Radio Frequency Identification) technology in wristbands and smartphone apps to help guests plan their vacation more efficiently. This new technology makes it so much easier to reserve Fast Pass times, dinner reservations, etc. I was skeptical about the Magic Bands when I first read about them, but once I used them, I was so impressed. With that one wristband, you can unlock the door to your Disney Resort Hotel room, access Fast Pass lines, dinner reservations, and much more. The Walt Disney World Fast Passes are now obsolete and can only be found on auction sites like Ebay.

What joy it is to recall these magnificent rides and attractions that are a memorable part of our Walt Disney World experience. They are a wonderful part of our past, but as Walt Disney himself said, “We keep moving forward opening new doors, and doing new things, because we’re curious and curiosity keeps leading us down new paths.”

Closed Miss 2015-02-23
Cecilia
Previous: 14 Things That May Be A Complete Waste Of Your Money at Disney
Next: 8 Best Counter Service Restaurants in Epcot’s World Showcase