25 Characters You Can Only Meet In Disney's Hollywood Studios 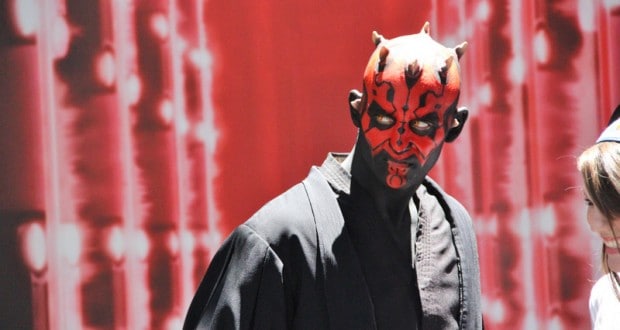 Your Star Wars adventures aren’t over yet. Sure, this is a simulation, but meet characters you won’t find elsewhere in the resort you will - like Yoda and Boba Fett!

They’re no character greetings, but dozens of Stormtroopers partake in this intimidating imperial march. And at least your aim won’t be terrible like theirs when you take plenty of pictures.

Jake and the Never Land Pirates’ swashbuckling star is of course aimed at the little ones. That said, don’t forget Pan’s timeless lesson – “never grow up”.

The “phantom menace” himself Darth Maul isn’t as “far, far away” as you thought. But you won’t need to wield a lightsaber – just your camera.

Rey also makes an appearance at this show alongside her trusted droid BB-8. And while you’re unable to meet her, you can during special event Star Wars: Galactic Nights.

“The circle is complete” in your search for Star Wars characters with Darth Vader himself. But don’t worry – he’s perfectly safe to be around under the positive influence of Disney.

There’s nothing wrong with not meeting Indy, seeing as he invites danger wherever he goes. But if you’re called as a volunteer, you will be joining him onstage!

All the way from the Kingdom of Enchancia, Disney Junior’s Sofia is here to share hugs, photos and autographs. But more importantly, she’s looking for new friends!

Moana has previously appeared at Walt Disney Presents. So keep your eyes open for her return, and for other exclusive characters from the latest Disney movies who often appear at this gallery.

Indy’s companion Marion, who featured in Raiders of the Lost Ark and The Kingdom of the Crystal Skull, also stars in this show. So raise that hand for the casting call!

Be sure to download the My Disney Experience app for character whereabouts and times. And with the upcoming Toy Story Land, you can expect an even bigger round-up of exclusive characters.