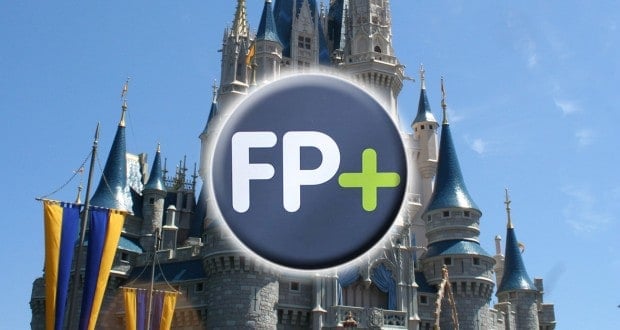 People often ask, “What should I use my FastPass+ selections on?” I think it’s also important to consider what you shouldn’t use those precious few passes on. In this article I’ll share a few general tips for making the most of your FastPass+ selections, as well as list some attractions that simply aren’t worth using them on.
Here are some “rules” for making the most of FastPass+:

1. You should always sign up for 3 FastPasses in advance. You can change them later if necessary, but always schedule them. If you use all 3 on the day you are in the park, then you can choose from selections that are left. Keep in mind, it’s unlikely that there will be FastPasses left for the headliners. This is why it is very important to schedule FastPasses for the headliners you want to experience in advance.

2. Arrive early. Does FastPass+ make it possible for you to arrive late and still ride popular attractions? Yes, and that is a fine thing to do. However, to make the most of the FastPass+ system, you should arrive at park opening, visit the most popular attractions in the morning, and begin using FastPass reservations no earlier than late morning. Only a few attractions will have almost instantly long lines and need to either be run to (I mean, safely speed-walked to) or experienced using FastPass+. The Seven Dwarves Mine Train, meeting Ana and Elsa, Soarin’, Test Track, Expedition Everest, and Toy Story Midway Mania are a few prime examples. In fact, some of these not only need to be booked in advance, but booked at the earliest possible time- 60 days prior to your trip- in order to be snagged!

3. Avoid wasting FastPasses on certain attractions. To maximize your FastPass+ usage, you should not use your scheduled FastPass selections on any of the following attractions. The exception to this rule, of course, is if you aren’t interested in the headliner attractions (some of which aren’t great for small children). In that case, schedule whatever you want! A walk-on with a FastPass still beats a 5-10 minute wait! Again, I repeat: If you aren’t going to ride the major headliners, then this list may not apply to you.

Why were the following rides selected as unworthy candidates for FastPass+? Simply put, reserving these attractions won’t save you much time, because they rarely have long enough lines in contrast to other, more popular, attractions. Also, I would generally not recommend using FastPass+ for parades and fireworks viewing. You’ll have a roped-off spot to stand, but you’ll still have to arrive early to guarantee that no one is standing in front of you. The other caveat here is that now that you can select 4th (and beyond) FastPasses after you use your first 3, so reserving a nighttime entertainment FastPass guarantees that you won’t be able to select a 4th FastPass until late at night, when you are unlikely to be able to get one.

Read on for our park-by-park breakdown of over a dozen attractions that you don’t need to waste FastPass selections on.

The Magic Kingdom has a very long list of FastPass+ offerings. Here are the ones I recommend you avoid using your FastPssses on:

1. Mickey’s PhilharMagic – This is a great attraction with 4-D effects, but it is holds a lot of people and rarely has a line.

2. Mad Tea Party – A fun classic, but not one that usually has a very long line. If it does, simply come back later.

3. Monsters, Inc. Laugh Floor – This is a fun attraction, but not on everyone’s “must-do” list. It rarely sees a wait longer than 10 or 15 minutes.

Of the 9 FastPass+ offerings at Animal Kingdom, 2 are shows, 1 is an attraction/show hybrid (It’s Tough to Be a Bug), 1 is a character greeting experience, and 5 are rides.

4, 5, & 6. Festival of the Lion King, Finding Nemo the Musical, & It’s Tough to Be a Bug. As a rule, shows are not usually worth using FastPass. Just arrive a bit early. Of course, if you don’t ride all the other headliner attractions, then FastPass them to your heart’s content. The bottom line is, you want to use your FastPasses on the handful of very popular rides at Animal Kingdom.

7. Primeval Whirl – Although this ride does see longer lines midday, I wouldn’t waste a FastPass+ on it. If you want to ride it, just go in the first few hours of the day, or wait until later in the afternoon. This is simple to accomplish, and you will be glad your passes are free to use on the most popular attractions.

Epcot uses a tiered FastPass system, which complicates your choices. Guests are able to select one attraction from Group A (Soarin’, Test Track, Living with the Land, and preferred viewing for IllumiNations) and two from Group B (Captain EO, Journey Into the Imagination, Epcot Character Spot, Mission Space, The Seas with Nemo & Friends, Spaceship Earth, and Turtle Talk with Crush). To manage this system, you’ll want to head straight to the Group A attraction of your choice (Soarin’ or Test Track) at park opening, and use a FAstPass+ on the other one. Many of the Group B attractions rarely have much wait. The ones listed below are the ones that you really shouldn’t waste a FastPass on.

8. Living with the Land (Group A) – I actually love this attraction, but please, never, ever use your Group A FastPass selection on this one, unless you hate Soarin’ and Test Track.

9. Captain EO (Group B) – The popularity of this attraction has declined, and it’s a large capacity theater. You’ll never have to wait more than 10 minutes to get in.
10. Journey Into the Imagination (Group B)- Not nearly as popular as it was in its heyday, the current version of Figment’s ride rarely sees waits over 10 minutes.

Hollywood Studios also uses a tiered system. When you select your 3 passes, you can choose one from Group A and two from Group B. Group A consists of Beauty and the Beast- Live on Stage, Fantasmic!, Rock ‘n’ Roller Coaster, The Great Movie Ride, and Toy Story Midway Mania. Group B includes Disney Junior- Live on Stage, Indiana Jones Epic Stunt Spectacular, Lights, Motors, Action Stunt Show, Muppet Vision 3D, Star Tours, the Frozen Sing-Along, Tower of Terror, and Voyage of the Little Mermaid.

11. Any Group A attraction other than Toy Story Midway Mania! For Group A, you really must select Toy Story Mania, that is, unless you have NO intention of riding it. This may become even more important in the future- Disney has been testing this rides out as a “FastPass+ only” attraction, meaning you wouldn’t even be able to beeline straight there in the morning to avoid the extremely long lines. This was only a test, however, that just happened for one week. Don’t panic yet. Just reserve a FastPass+! If you want to experience other things on Group A’s list, just visit them early in the day.

12. Shows/Performances, including Muppet Vision 3d – It’s not hard to get in to see shows- just arrive a little bit early. Muppet Vision 3d is a fun attraction/show, but the line is rarely long enough to warrant a FastPass+ usage. Of course, if you aren’t riding the Tower of Terror or Star Tours, go for it!

I hope you enjoyed taking time from your day to do some FastPass strategizing! Remember, choosing your FastPasses is a personal choice. You may select all of my 12+ choices for FastPasses because you don’t like the major headliners and don’t need to save up your selections for those. Whatever you choose, just know the system and understand how it works before you go!