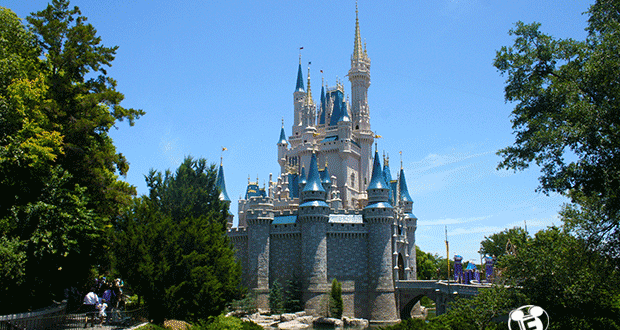 Despite crowds, the relentless travel woes to get here, the packing and unpacking, Disney is one of my favorite spots in the whole world.  How does Disney do it?  It all started with the vision of one man, Walt Disney, who believed that dreams can actually come true.  But what’s the recipe for making an imaginary world from cartoons come to life in the real world?  I think these thoughts below could shed a little light on making Walt’s dream the reality that is Walt Disney World.

Every single corner of the Disney Parks is themed after some facet of a Disney movie, character or idea.  From “Ariel’s Grotto” in Fantasyland to “Kilimanjaro Safari Rides” in Animal Kingdom, from “The Seas with Nemo and Friends” in Epcot, to visiting the Incredibles in Disney’s Hollywood Studios, the timeless stories you love are here in the tangible world at Disney.  You’re not just watching a Disney movie in your living room or at the theater, when you’re in the park, you’re a part of the action, a character in the story.  Instead of just watching Captain Jack Sparrow on the TV screen, you’re in a boat on Pirate’s of the Caribbean taking part in the swashbuckling mayhem.  The storylines of Disney movies touch something in all of us even as far back as “The Parent Trap” or “Pollyanna”, we’ve wanted to be the main character in a Disney movie at some time or another and visiting the parks allows us to live out those dreams.  There’s nothing more powerful than a person’s dreams and imagination… they’re what put a man on the moon, inspired the greatest inventions in history, even emboldened a young mermaid to risk everything for love and give up her fins.  So as you walk through the parks or resorts at Disney World, our imagination is sparked and we relive the stories we see all around us.  Walt Disney said “All our dreams can come true if we have the courage to pursue them.”  Bold words from a unique visionary – but considering his success, who can argue with him?

Everywhere you look there’s a feast for the eyes.  The landscaping, building architecture,  flowers, balloons along main street, The Tree of Life in Animal Kingdom… everything is gorgeous and lush!  Even the paved surfaces you walk on are carefully selected and match whatever area of the park you’re exploring.  Just as every detail in the original cell paintings of Disney cartoons was painstakingly illustrated, every nook and cranny of Disney Parks is designed and orchestrated to help tell a story.  You become so immersed in the experience that even if you didn’t go on a ride or sit in one of the many shows, you’d still feel like you’re a part of the magic of Disney.  Everything is so attractive and welcoming that Disney becomes a second home to those who visit.  And just like home, we take a little piece of it with us when we leave.

The environment of each park and resort envelopes you and makes you feel welcome.  Disney chose sunny Florida as the home to his greatest creation.  He and his team turned swampland into one of the most magical places on earth and as if that weren’t enough, then they added Epcot and took snippets of some of the most beautiful countries across the globe and brought them to life  – all in one venue.  Every detail of sight, sound and smell has been carefully crafted to enhance a guest’s experience.  The Beauty of Disney is definitely in the details, it’s all about the story, the beauty of its’ creation and the dreams that come true as a result.

“Well hello there little princess!”  Everywhere my daughter and I went in the parks, my 6 year old was greeted by scores of Disney cast members with broad smiles and this lovely greeting.  The servers at restaurants, cashiers at various stores, even the drink servers at the Cheshire Cat that served us our frozen lemonade slushies greeted us warmly, served us with a smile and never showed us a lousy attitude.  Disney does a fabulous job hiring and training its’ staff members. And what’s more, even when they don’t know you’re looking, I’ve never seen or heard any cast members (that’s what they call employees) complaining about a guest or their job.  As I write this, I keep thinking about that song from Beauty and the Beast where Lumiere was singing “be our guest, be our guest, put our service to the test!”  That little french fellow must have gone through Disney cast member training as well or maybe Mrs. Potts teaches the staff how to make guests feel welcome.

It’s rare when an organization is, well…organized from soup to nuts.  The folks at Disney have so orchestrated the perfect experience from the movies we love to watch at home to our local disney stores – little islands of magic close to home.  But a trip to Disney World is something altogether encompassing,  inspiring and fulfilling.  As I said above, it’s hard to leave Disney World when it’s time to checkout – but a little part of Disney stays with you when you go. We are all a part of the magic wherever we are – I think that’s what Walt had in mind all along. 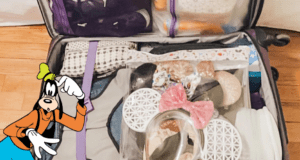 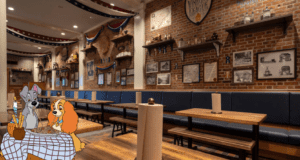 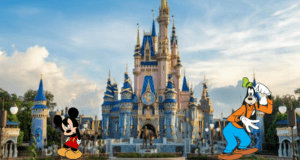 The Most Controversial Changes at Disney World