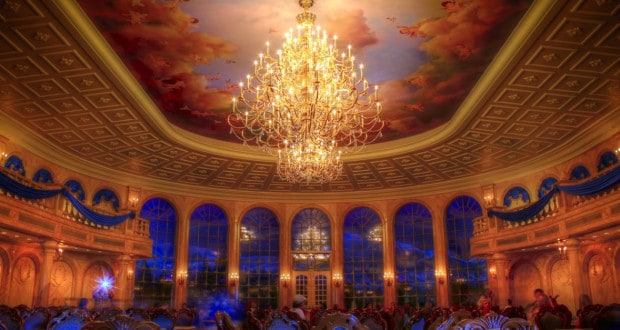 8. Main Street Electrical Parade. Disney World can be pretty hectic – trying to see and do everything in the finite amount of time you have there. So it is really nice to stop once and while to catch an entertaining show as you rest. Few shows you will leave your child in awe like the Main Street Electrical Parade. Seeing the parade procession lit up in magnificent fashion under the stars is an experience you won’t want to miss.

7. Enchanted Tales with Belle. Disney Imagineers took the traditional character “meet & greet” to a whole new level when they created Enchanted Tales with Belle. This one of a kind experience takes visitors on a journey through the Beast’s Castle where they encounter all of the legendary characters from Beauty & the Beast. Your adventure begins up a winding stone pathway leading to Belle’s cottage. Once inside, you encounter a genuine magic mirror on the wall which transforms into a magical portal right before your eyes. You pass through the portal and are “transported” to the Beast’s Castle where you come face-to-face with Wardrobe and later Lumiere – both of which are as fully animated in person as they are in the movie! Eventually you are taken to the library where Belle herself makes an appearance and proceeds to include the children in the show. Enchanted Tales with Belle is as entertaining an experience as any attraction in all of Disney World.

6. Be Our Guest Restaurant. If Enchanted Tales with Belle didn’t fill your hunger for all things Beauty & that Beast, then step right next door for more at Be Our Guest restaurant. This is the closest you can come to actually stepping into the movie. Cross the gargoyle-guarded bridge to begin one of the most remarkable dining experiences imaginable. For starters, as you pass through the royal entrance, you are invited to choose your own table from among three sections of the castle – the enchanting Ballroom, the ominous West Wing, and the storybook Rose Gallery! Rest assured, the extraordinary detail in each is second to none. With the enchanted rose actually dropping petals in the glass bell jar with the marble base (West Wing), the claw-slashed portrait of the prince magically transforming to the beast as lightning strikes and thunder roars (West Wing), snow beautifully falling outside of the windows (Ballroom), the massive music box with Belle and the Beast dancing atop (Rose Gallery), and a whole lot more, your experience will be as satisfying as your meal. And that’s saying a lot, because the meals at Be Our Guest are epic. The menu is french of course and in classic Disney style, offers “Ratatouille” as an option on the main course and the “grey stuff” as an option for dessert.

5. Lights, Motors, Action! Extreme Stunt Show. If you’re looking to be entertained, it’s nearly impossible to beat the Lights, Motors, Action! Extreme Stunt Show at Hollywood Studios. From stuntmen falling from buildings to professional drivers racing through tight streets in Hollywood movie-like car and motorcycle chases, to special effects and epic pyrotechnics, this show will make you feel like you were an extra in an action movie.

4. Expedition Everest. Test Track may be the fastest ride in all of Disney World, but Expedition Everest in the Animal Kingdom is by far the most intense. The ride takes you into the mountains inhabited by the legendary Yeti. Ascending the cold, desolate, snow-capped terrain with the sounds of howling winds whistling all around you only enhances the mounting feeling of anticipation you feel from uncertainty. The realization that the creature most certainly awaits somewhere doesn’t do anything to quell that uncertainty. Despite having almost one mile of track for the ride, Expedition Everest wastes no time trying to grab your attention as your train is hurled towards a peak where the tracks have been broken (presumably by the monster). Just before you are hurled off of the mountain to your certain demise, the coaster stops. But your relief is short lived as you are flung backwards through the dark. With no ability to see what is coming – and not even traveling forward as one is used to – every turn, twist, and dip is intensified. The final heart-stopping feature on the ride is heading towards the large and menacing-looking Yeti at high speeds with a strobe light as the only relief from the dark.

3. IllumiNations. There are quite a few ways to describe just how amazing the IllumiNations show in EPCOT is, but perhaps the best way might be with a few statistics. Set over the World Showcase lagoon, the show incorporates a 28-foot diameter globe on a 350-ton island which houses 6 computer processors, 258 strobe lights, and an infrared guidance system. But that’s just the beginning. The show also includes more than 180,000 LED’s, 67 computers in 40 locations, hundreds of special lighting fixtures, four fountain barges which pump 5,000 gallons of water per minute, a barge with 37-nozzles used for shooting propane flames into the air, a giant torch that shoots flames 40 feet into the air, 750 tubes and 56 firing modules at 34 locations for fireworks, and lasers. Wow! Talk about a great way to end the night.

2. Fantasmic. Quite possibly the most entertaining show in all of Disney World, Fantasmic in Hollywood Studios incorporates just about everything you can imagine – and even some things you couldn’t. Set on an island with a small mountain, the infamous Disney villains try to make Mickey’s worst fears come to fruition. The result is an amazing show of smoke and magic, pyrotechnics and lights, song and dance, and even a lake set on fire!

1. EPCOT’s World Showcase. Enjoy one of the most amazing experiences in all of Disney World at EPCOT’s World Showcase. Norway, Italy, France, Germany, and Japan are but a few of the nations to choose from – each with their own unique cuisine, beverages, cultural shows, shopping, architecture, and of course, Disney characters. Disney built each “nation” with one objective in mind – creating structures, gardens, and landmarks in painstaking detail to deliver an authentic feel of each country to every guest. What’s more is that during the fall, the World Showcase hosts EPCOT’s International Food & Wine Festival. A culinary extravaganza which includes over 300 international and domestic wines, 34 marketplace experiences, and almost 400 culinary demo’s.

Experiencing these incredible parades, shows, rides, and restaurants spread over the four parks at Disney World will ensure that the only thing you’ll be kicking is your heels up as you have yourself the time of your life! 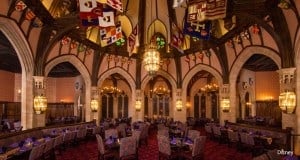 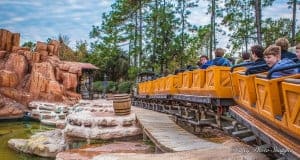 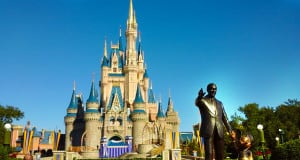