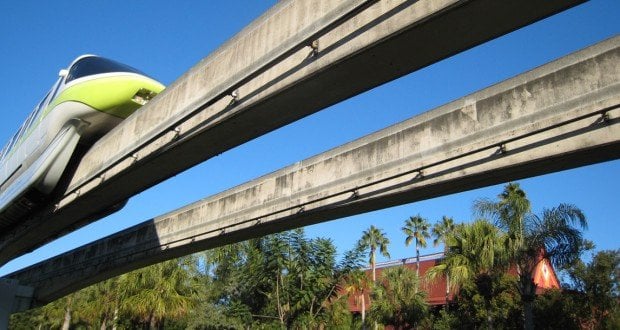 5 Things You Should Know About Disney’s Monorail System

One of the rites of passage of every Disney guest is boarding the Walt Disney World Monorail System and being whisked into the Magic Kingdom or Epcot. There is simply nothing that creates the magic quite like riding the monorail into one of the parks and enjoying the company of others who are on board with you and equally elated. The look on a child’s face when the announcement plays alerting you that the Magic Kingdom is the next stop! There are many very interesting facts about the Disney monorail system and a few rules of thumb that will keep your vacation moving smoothly and on-time!

There are 3 monorail lines at Walt Disney World; Magic Kingdom resort line, express and Epcot line. The resort monorail line runs around Bay Lake and makes 5 stops; The Polynesian Village Resort, Grand Floridian Resort and Spa, Magic Kingdom, Contemporary Resort and the Ticket and Transportation Center. The Epcot line runs from the TTC to Epcot and back. The Express line runs along side the resort line but only makes 2 stops; The Ticket and Transportation Center and the Magic Kingdom, hence the name “Express”.

INSIDER TIP: In some cases the resort monorail line may be running slow or experiencing delays due to volume of people or operational difficulty. In this case, catching the express monorail to the MK is the way to go. The downside of this if you are arriving at the Ticket and Transportation Center from the resort monorail line you need to walk all the way down the ramp of the platform and back up the express monorail ramp on the other side in order to catch the express. Guests arriving at the TTC from the Epcot monorail can simply walk across the platform to catch the Express monorail to the Magic Kingdom and be on their way.

Since 1991, the Walt Disney World Resort has operated a fleet of 12 Mark VI monorails. The 13.6 mile monorail system carries over 150,000 guests to the Magic Kingdom and Epcot parks on an average day. That’s allot of people to move every day and you could imagine that keeping these sleek monorails maintained in safe running condition is a feat all within itself. My last trip to WDW I stayed at the Grand Floridian and had breakfast reservations at Chef Mickey’s at 8AM, I walked on the monorail platform only to realize that due to scheduled maintenance, the monorails would not begin running until 8:30AM. 8:30?!?!?! Are you kidding me?? That’s 30 minutes before the Magic Kingdom opens… unacceptable! I scrambled for a bus or a boat, but because I hadn’t planned for this unexpected delay, I ended up taking a cab to the Contemporary in order to make my reservation. ALWAYS ask one of the operators on any monorail platform what the maintenance schedule is for the next day. Typically, these times change often and Monorail start times are usually posted on the platform for the next day. Also, typically monorails run up until 1 hour after the parks close, this DOES NOT include extra Magic Hours so be sure to plan accordingly.

2. No More Riding in the Front

From the time Walt Disney World opened in 1971, one of the coolest things that you could do when riding the monorail is score a seat in the very front of the train with the monorail operator! Sitting at the tip of the spear as you circle Bay Lake or head into EPCOT was thrilling. If you were lucky, the monorail operator would give you one or two monorail trading cards that you could trade with other guests or simply bring them home and brag to your friends that you got to ride in the front. Sadly, riding in the front is no longer allowed. Back in the early morning hours in July of 2009, two monorails collided and left one operator dead and another injured. This was the first fatal monorail accident EVER in Walt Disney World history. While the monorail re-opened the next day, Disney revised their operating procedures and due to both liability and the potential distraction caused to the pilot, no longer allowed guests to ride up front.

Each monorail train is identified by a colored stripe, and given a name according to that color. To help visually identify Green from Lime, Pink from Coral and Blue from Teal, the Lime, Teal, and Coral stripes have a white delta painted on each car. Originally, Monorail Lime’s deltas (and those of the older Mark IV Lime) were painted a dark blue in homage to the original Walt Disney World monorail cast’s costume colors (lime and blue), but the colors were changed when the entire monorail fleet was repainted in the early 2000s. After the fatal crash in July of 2009, Imagineers used the undamaged portions of the two trains involved in the crash (Monorail Pink and Purple) to restore the resort’s fleet back to twelve trains. Monorail Peach was commissioned using the undamaged center cars from the Purple train, but with new end cabs replacing the damaged sections from the Pink and Purple trains. If you visited Walt Disney World after March of 2010 Disney debuted Monorail TRON on the Epcot line as part of a marketing plan for Tron: Legacy. Since the Tron paint scheme in 2010, there have been several other monorail wraps. Monorail Red was also converted into a special scheme commemorating the release of The Avengers and Monorail Black was given a similar conversion to promote the release of Iron Man 3. In April 2013, Monorail Teal was converted into a special scheme commemorating the release of Monsters University.

– Walt Disney World Transportation: Everything You Need To Know About How To Get To Where You Want To Go

monorail 2015-01-27
Tony
Previous: 11 Attractions That Must Be on Your Disney To-Do List
Next: Lea Salonga (the voice of Jasmine) & Jared Young Sing “A Whole New World” 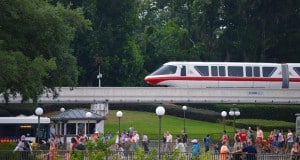 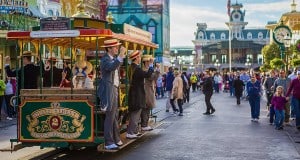 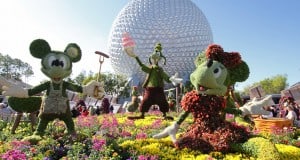