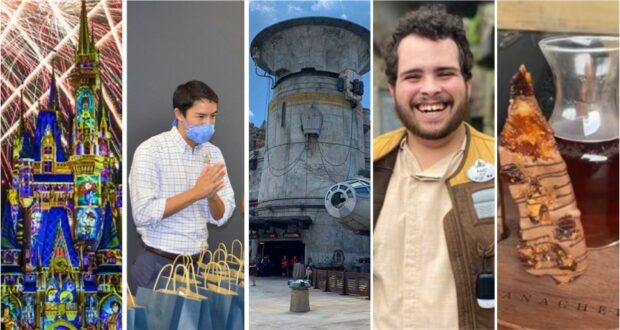 5 Favorite Disney News Hits From This Past Week

What. A. Week! It seems like this past week has been a flood of exciting information for both Walt Disney World and Disneyland. As the theme parks and resorts start to return to pre-COVID status, we’re enjoying watching the parks continue to come to life! We’ve looked over this past week (July 13-19), and while it’s hard to narrow it down, here are our five favorite Disney news hits.

Undoubtedly, we need to start with this piece of news which Disney announced on June 15. Fireworks are making a return and Disney fans around the globe rejoiced. July 1 marks the start of nightly fireworks at Magic Kingdom Park and EPCOT at Walt Disney World Resort with both “Happily Ever After” and “EPCOT Forever”. July 4 marks the return of “Mickey’s Mix Magic” nightly at Disneyland Park at the Disneyland Resort.

On June 15, Walt Disney World Cast Members took to social media to share their excitement that the Disney College Program is back and welcoming the first of many students to call the new Flamingo Crossings Village home. While we were ecstatic to share the news, we were excited to see just how many of you Disney fans were just as thrilled!

This one is great news for all those solo Disney travelers out there, or families that are willing to ride separate for a shorter wait times. Disney has begun the return of Single Rider lines as of June 18! Their first reopening is with Millennium Falcon: Smuggler’s Run at Disney’s Hollywood Studios. We’re sure more are to come soon enough.

4. Cast Members Can Now Remove Masks While Outside

Another big news hit was showing all sorts of love for Disney Cast Members! As of June 18, we finally got to see those Cast Member smiles once again. Face coverings are now optional for fully vaccinated Cast Members working outdoors. Just look at that smile!

And last but not least, we were surprised by the excitement that the “Bacon of Doom” has returned at Disney Springs! Well, maybe not fully surprised as this popular dish was greatly missed at Jock Lindsey’s Hangar Bar. As of June 18, you can now order this bacon and chocolate treat of goodness!

There you have it… our five favorite news hits! What was your favorite news to hit this past week? And what will next week hold? Only time will tell. Thanks for following along with us Disney fans!