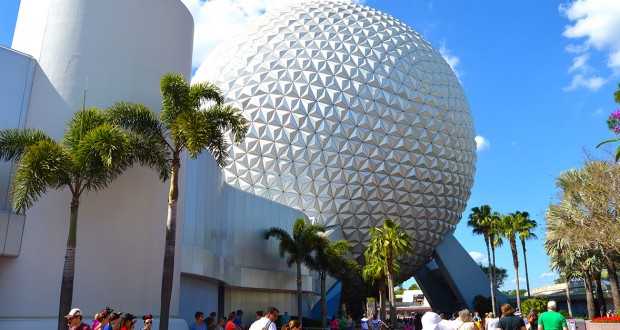 5 Futureworld Attractions That are Ready for Mothballs

Because I love anything Disney, especially Walt Disney World, I find it very difficult to find anything negative to say about this “most magical place on earth”, but 99.9% of the time, any change planned at WDW is a good thing. Walt Disney himself had these words to say about change: “We keep moving forward, opening new doors, and doing new things, because we’re curious and curiosity keeps leading us down new paths”. With that in mind, I have chosen 5 Futureworld attractions at Epcot that I believe are ready for mothballs.

1. Turtle Talk With Crush — Located in “The Seas With Nemo and Friends” pavilion, this interactive attraction takes place in a movie theater-like room featuring what appears to be an enormous aquarium-style window with a panoramic view of the beautiful world under the sea. The show is a blend of computer graphic techniques, image projection, and interactive improvisation. Once the audience is seated, the moderator gives a brief introduction, and suddenly Crush, from the “Finding Nemo” animated feature length film, swims down to appear in the window. With help from the moderator, Crush selects children and adults from the audience, asking questions and responding with quick wit and humor. During the show there may be some cameo appearances from other characters from the movie. Although innovative and entertaining, this show attracts a limited audience, mostly parents with their younger children, and some of the non-participants tend to express in fidgety restlessness and mumblings a desire to leave before the show is through. This is one of those shows that will not be sorely missed.

2. Ellen’s Energy Adventure — In this attraction, guests are loaded onto battery-powered “traveling theater cars” divided into six sections. Ellen DeGeneres (famous comedic talk show host and actress) hosts this attraction, and it basically is her subconscious trip through the primeval world of dinosaurs. There are two separate movie theaters, and the cars separate and then regroup for each cinematic performance, enhanced with extraordinary Disney imagineering special effects. Let me break it down: Pre-show film-8 minutes, loading of vehicles-4 minutes, Theater I film length-6 minutes, Primeval Diorama Length-7 minutes, Transition from Primeval Diorama to Theater II-4 minutes, Theater II film length-12 minutes, then back to Theater for a final film-2 minutes. This attraction will take up approximately 45 minutes of your valuable day at Epcot. To me, this is just way too long, and my family and I visited this attraction many years ago when it was called, “Universe of Energy”, and our children were almost in tears by the end of the last film, because they were so bored. It’s an informative, educational, and with Ellen DeGeneres and Bill Nye, the Science Guy, sort of a witty attraction, but definitely ready to join the list of “ready for retirement”.

3. Innoventions — I know there are many people out there that will disagree with my opinions of the “ready for mothballs” category, but I can only judge by myself and my family’s experiences at Futureworld. “Innoventions East and West”, are basically glorified, Disney-infused, interactive museums with plenty of unique and educational games, activities, and loads of entertaining and informational venues. We have visited both Innoventions East and Innoventions West, and when our children were younger, they enjoyed a quick trip through both, but their focus was on “having fun, and thus, after a short period of time, they were ready for “rides”. After all, almost every major city in every state has a local museum with educational and interactive activities of some sort. I am not against museums or educational resources, but there is a time and place for these venues, and I am of the opinion that Epcot and Walt Disney World are not that time or place. After all Walt Disney World is not advertised as “the most educational place on earth”, but is promoted as the “most magical place on earth”! Therefore, I think “Innoventions” is ready for mothballs.

4. Journey Into Imagination with Figment — Okay, this was a hard one. The original “Journey Into Imagination” with the Dreamfinder and Figment was awesome, delightful, and full of colorful scenes, music, and generally a very “happy” experience. Unfortunately, attendance records dropped, and the attraction underwent an overhaul, and returned as “Journey Into Imagination with Figment” minus the “Dreamfinder”. It became a trip through “Dr. Channing’s sensory labs, highlighting the five senses of sound, sight, smell, touch, and taste. The storyline and special effects have to do with Dr. Channing attempting to prove how the five senses capture the imagination. Figment, the playful purple dragon, has made it his mission to sabotage the doctor’s sound experiment, interfere with the eye chart, and cause quite a stink in the “smell lab”. The appearance of Figment is the delight and highlight of this attraction, and his message that imagination should be set “free” is the reason I believe this whole attraction should be set free and become a permanent part of our memories. Even with the refurbishments, this attraction still draws mostly audiences with younger children or those guests who are waiting for their “fast pass” return times. I say lay this attraction to rest, and come up with something more “imaginative”!

5. “Circle of Life – An Environmental Fable”—Located in “The Land” pavilion in Epcot, this 20-minute widescreen film about conservation, in which Simba teaches Timon and Pumbaa (all characters from the Disney animated film classic, “The Lion King”) important lessons about the environment. Need I say more? Even though the “Circle of Life” is a creative mix of live action and live action, it is still just an entertaining movie, and very enjoyable, but again, I state the obvious—most guests do not plan their magical trip to Walt Disney World and travel from all over the world to attend a movie about conservation, no matter how enjoyable it may be. Again, this is an attraction attended mostly by visitors who are not aware of what it is, and also, it’s a good place to wait for your “fast pass” to “Soarin’”! So this becomes the fifth in my list of Futureworld attractions ready for mothballs!

As I stated in the beginning of this article, it’s hard to nominate attractions for mothballs, but when you’re a Disney fanatic like myself, you notice attractions that are no longer popular and have fewer than normal riders or audience members. All of the attractions I have listed are, in my opinion, ready to take their place in Disney history archives as marvelous forms of entertainment for a while, but subjects for replacement with new and exciting Disney ideas, new forms of amusement for the next generation of Disney Fanatics!