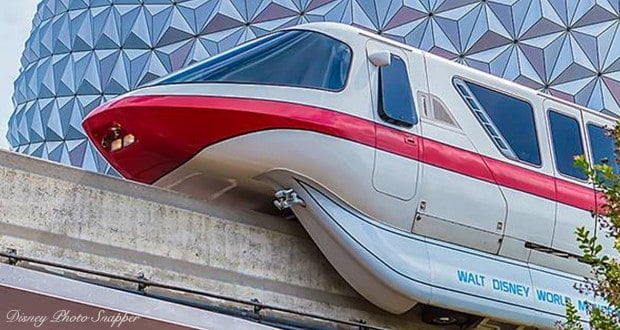 5 Things No One Tells You About Walt Disney World Transportation

There are several different modes of transportation at Walt Disney World, your own or a rented auto, Disney buses, monorails, or water transports (ferry boats or water taxis). Disney boat transportation is a fun and entertaining way to get across Bay Lake or between Disney Resorts and Parks. There are, however, some things no one informs you about Disney transportation. I have listed 5 of these things.

1. It’s Free—Disney Resort guests may not be aware that these different transportation options are free. If this is your first visit to Walt Disney World, it might not be made clear to you at check-in that there is no charge to ride the buses, monorails, or water transports.

3. Disney Springs (formerly Downtown Disney)—Another unadvertised fact about Disney transportation is that even if you are not a Disney guest and are visiting Disney Springs, you can ride one of the Resort buses or water launches to a Disney Resort, then catch a bus to any of the Parks, thus saving a Parking Lot fee. As of this writing, you do not have to show any sort of Disney ID to ride any Disney transportation. When you board a boat, monorail, or bus, you just hop on board and you’re on your way. So, if you are not staying at a Disney Resort, you can drive to Disney Springs, park your car, do some shopping, then ride a bus or boat to a Disney Resort, walk to the bus terminal and catch a bus to one of the four Parks. Of course, to enter any of the Disney Parks, you must pay the admission fee.

4. Strollers, Wheelchairs, Scooters—For anyone who is going to be riding a Disney bus, there are some facts about these types of vehicles that are not advertised. Wheelchairs and scooters are allowed to board first on any bus. Next to board is all family members of the person who is using the wheelchair or scooter, and sometimes, if there are two or more power vehicles, the family members can take up a good portion of the available seats.

The next fact not mentioned is the inconvenience of the oversized and double strollers that are allowed on the buses. The strollers must be folded when boarding the bus, but I have seen parents wait until they are ready to get on the bus to remove their child and fold the stroller. Then when they finally get on the bus, where does the stroller go? If you happened to be lucky enough to get a seat, one of these strollers may end up close to or on your feet. The standing room diminishes quite substantially when three or four strollers are loaded on the bus.

I don’t see a good solution to this problem, but I am sure the Disney Imagineers will come up with a plan.

5. Sardines—Have you ever opened a can of sardines? If you have, you know what I’m talking about when I compare how the buses, ferries, and monorails are loaded, especially the buses. If you are waiting for a bus, and there about 50 or more people if front of you, you might think, “Oh well, there’ll be another bus along shortly, but you would be mistaken. As the bus begins filling up and all the seats are taken, people begin heading to the back of the bus, standing in the aisle, making sure they have a good place to hold on to when the bus begins moving. If there are quite a few people still waiting to board the bus, usually the bus driver will announce to anyone standing to please move further back, filling in every available space, hence, the “can of sardines” effect. Just when you think you cannot move, the driver loads a few more, until you are literally breathing down the neck of the person beside you. It is a very uncomfortable situation, but most people endure it in order to get to the Parks before the opening ceremony. The ferries and monorails are not quite as bad, except at Park closing time, when crowds are all leaving at the same time. Then they can get overloaded also.

The Walt Disney World transportation system is one of the most organized and modern systems in the world, but could still use some improvements. The latest addition is the new articulated bus, which is like two buses in one, connected by an accordion-like pivoting joint. The only drawback is that these new buses have more standing room than seats, but they can hold more people than the regular Disney buses. Most guests are okay with standing, because it’s usually a short ride to whichever Park they are traveling to. The ferries and monorails have remained virtually the same since WDW opened in 1971. After all is said and done, whatever type of transportation you choose is a good one, because at the end of the ride you will be arriving at the “most magical place on earth”, and the little bit of discomfort you endured is soon forgotten.