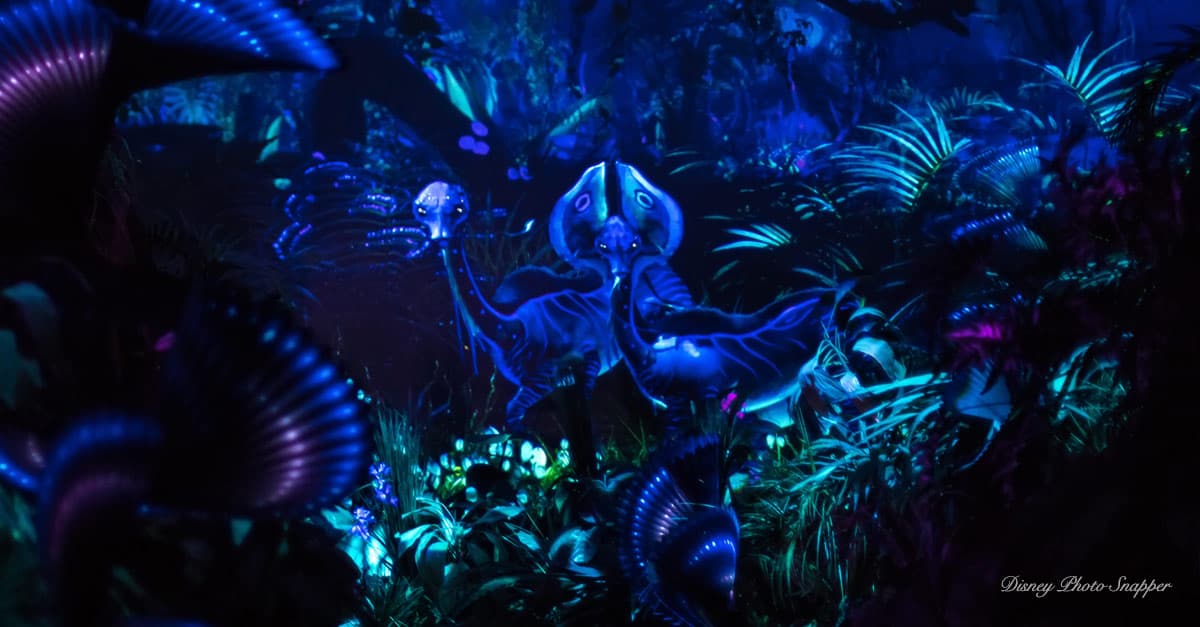 Love: When Disney announced that they were going to create Pandora – The World of Avatar in Animal Kingdom, most guests had two very specific items on their wish lists: to see an amazing bioluminescent jungle like the one Jake encountered in the movie, and to experience flying on the back of a banshee.  With Avatar Flight of Passage, Disney has certainly delivered on the latter.  Every single facet of the ride was thoroughly thought out, intertwining the story and the theme park experience seamlessly.  It’s obvious that the creation of this attraction was a flight of passion for the Imagineers, and Flight of Passage figures to be the signature ride of Animal Kingdom for years to come.