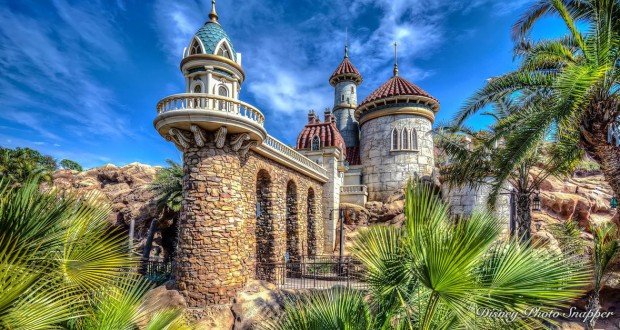 Walt Disney World has undergone myriad changes over the years since it opened in 1971. Some changes, like major expansions, are well-received. Others, like the closing of attractions or the introduction of FastPass, are met with mixed emotions. Along the same lines, this list isn’t without a healthy dose of personal opinion. What changes has Walt Disney World undergone that you’d add to this list?

1. Addition of the “Mountain Range” to the Magic Kingdom

It’s hard to imagine that Space Mountain wasn’t always a key part of the Magic Kingdom, but it wasn’t part of the park’s 1971 opening. Reportedly, Walt Disney was unsure that there was a place for thrill rides at his park, but upon seeing the success and overwhelmingly positive reception of Space Mountain at Disneyland, it was clear to him that it had to be part of Disney World.

Splash Mountain and Big Thunder Mountain were later additions as well. All three “mountains” somehow manage to blend thrill, storytelling and whimsy, and family-friendly fun, making them absolutely essential to the Magic Kingdom.

2. FastPass, in all its incarnations

Say what you will about FastPass, especially in its most recent incarnation as FastPass+. It’s still a major time saver if you know how to take advantage of it. There’s no arguing that the introduction of a FastPass system was a major change for Disney World. Initially offered in 1999, FastPass is a queuing system that allows guests to enjoy other attractions while waiting for their turn to ride a heavily-attended attraction. The original system required guests to pull paper FastPasses from machines located near the ride of interest, to then return at a later time as indicated on the pass. At Disney World, the FastPass+ system has replaced the legacy paper FastPass system. In doing so, the need to go to the ride to pull the pass, then have to return to the same spot later, has been eliminated. Reservations are made from FastPass+ kiosks throughout the parks, or preferably online up to 60 days before your trip. The other Disney resorts around the world, however, continue to use the paper system (for now). The new FastPass+ system has a lot of restrictions associated with it (only usable in one park per day, there is a limit on how many you can reserve, etc.) but these restrictions have been changing and evolving since its introduction, so there’s no telling how it will look when all is said and done.

On one hand, it’s sad to think about some of our old favorites at the Magic Kingdom that no longer exist. 20,000 Leagues Under the Sea, Snow White’s Scary Adventures, Mr. Toad’s Wild Ride, Mickey’s Toontown … all of these have gone away to eventually make room for what we now know as New Fantasyland. To say this expansion was a pretty big deal for Disney World would be an understatement. It is definitely one of the biggest and best changes the park has seen. The popularity of the new Princess Fairytale hall is undeniable, and the addition of another amazing castle dining experience at Be Our Guest was a much-needed supplement to the park. Under the Sea: Journey of the Little Mermaid and the Seven Dwarves Mine Train are also hugely popular, amazingly detailed attractions that have helped disperse crowds across a park that is full of headliners.

4. Opening (and Completion) of Animal Kingdom

When Animal Kingdom opened in 1998, there was much less to do than there is today. Without the park’s huge Asia section open, the park was far from complete. When Asia opened a year later, the park was much more similar to the park we know today.

The addition of Animal Kingdom to Disney World brought a whole new element to the theme park experience- the addition of live animals, and lots of them. Though not a traditional zoo, Animal Kingdom gives guests the opportunity to see hundreds of animals up close through rides on the Kilimanjaro Safari and visits to its other animal exhibits.

Hollywood Studios (then, Disney-MGM Studios) opened in 1989 with only a few attractions, and only one actual “ride.” It’s not to say that the addition of a third theme park, especially one celebrating the world of film, wasn’t exciting. But I would argue that the most exciting changes came when the park was expanded to include more of a variety of experiences. The park opened with The Great Movie Ride, a 2-hour guided tour of the studios, an animation tour, an interactive stage show about sound, and an interactive live show about television production. It wasn’t until later the same year that the Indiana Jones Stunt Spectacular and Star Tours opened. Then, it wasn’t until the mid-late 90’s that the Tower of Terror and Rock ‘n’ Rollercoaster came on the scene. Toy Story Midway Mania didn’t launch until 2008.

6. All the big changes to come!

Maybe it’s not fair to predict the future on this list, but with all of the changes promised to come over the next few years it’s hard not to anticipate how huge these changes are likely to be. At Epcot, we anxiously await the new Frozen ride (with reverence to Maelstrom, of course) as well as a new film for Soarin’. The entire “hub” surrounding the castle at the Magic Kingdom has been under construction and will be completed this year, giving us new fireworks and parade vantage points and walkways. Downtown Disney is being completely overhauled and will eventually debut as Disney Springs, and Animal Kingdom will be open later for guests to enjoy the new Pandora: World of Avatar, nighttime entertainment, and night version of the safari. Finally, a major Star Wars Land expansion for Hollywood Studios is sounding more and more like fact than rumor.

What changes have been your favorites over the years, and which are you most excited about for the future? What changes has Disney missed that still need to be made?