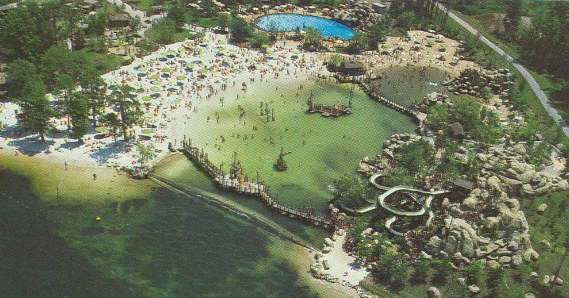 Disney’s River Country was the first water park on Disney property, well before Blizzard Beach and Typhoon Lagoon came onto the scene. It opened in 1976 as an old-fashioned swimming hole near Disney’s Fort Wilderness Resort & Campground. The park featured two pools, one with clean-water and one with a sandy bottom with water filtered in from Bay Lake, five water slides and two children’s areas. It also had a nature trail and pony rides. The park closed at the end of its season in November 2001 and never reopened.  Photo credit LaughingPlace.com