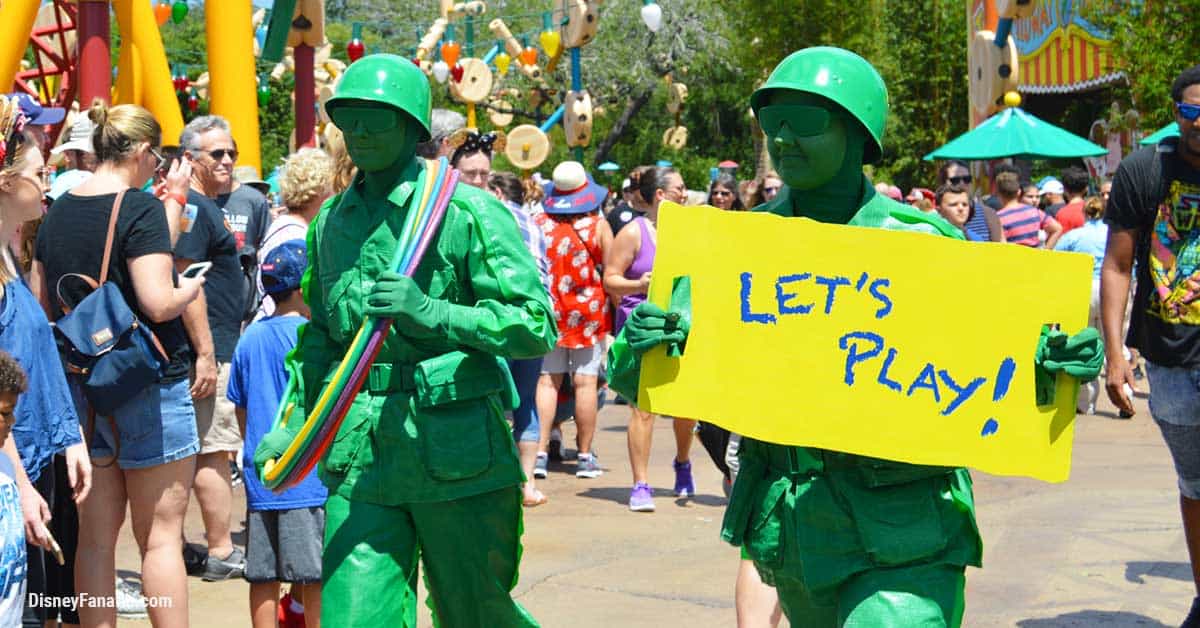 5. Cinderella Castle can be dismantled.

In a place where hurricane season can threaten extensive damage, it makes sense that people would think that structures like Cinderella Castle, Spaceship Earth, the Tree of Life and others could be taken down and dismantled in preparation for a hurricane, but that’s not the case with any of Disney World’s iconic structures. We usually hear this myth about Cinderella Castle. But the castle is no flimsy structure. In fact, its 600 tons of steel framing are ingeniously reinforced with 10-inch walls of concrete, rendering it solid and not able to be broken down in pieces before a storm. The castle was, however, created to withstand winds from a strong Category 2 hurricane, so there’s some security in knowing that.

6. Toy Story characters fall to the ground when you yell “Andy’s coming!”

There has long been a myth about Woody, Jessie and Buzz at Disney World. People often believe that if a Guest yells “Andy’s coming!” that the characters will fall to the ground, like they do in the feature films. While there was a viral photo that went out years ago of Woody and Jessie pretending to be toys on the ground, Disney has banned any of it's characters from responding to "Andy's coming!" First, the character Cast Members could be injured in the process. Second, the costumes these characters where are very cumbersome (and expensive!), making it very difficult for them to fall to the ground and get right back up again!

7. You have to know all the Disney movies in order to appreciate Disney World.

So many different Disney films have been made, that only a small percentage of even the most diehard Disney fans have seen every single one and are able to quote them and remember exactly their story lines and details. And that’s okay. You don’t have to know all of Disney’s movies and stories in order to enjoy and appreciate all that Disney World has to offer. Yes, having some knowledge can give you a frame of reference, but there are also people who don’t know their Disney movies, visit Disney World and then develop a love for all things Disney as a result!