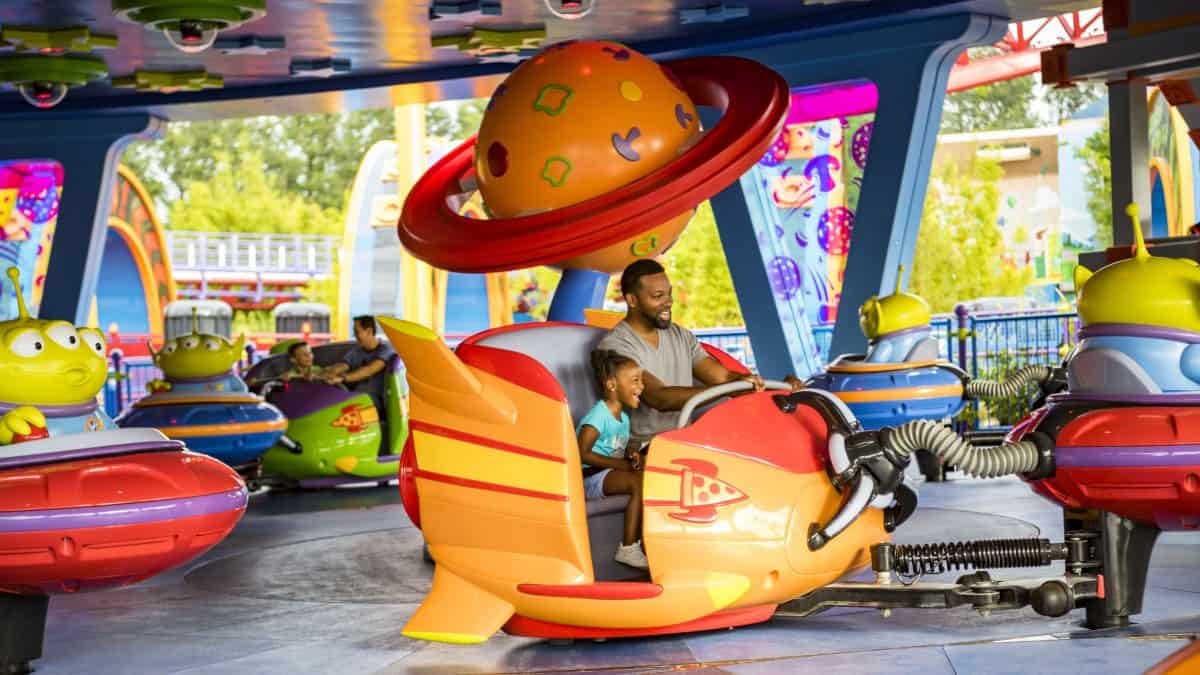 The ride experience at Alien Swirling Saucers is somewhat reminiscent of a much older Magic Kingdom attraction—the Mad Tea Party at Fantasyland which features pink, purple, turquoise and yellow teacups as ride vehicles. Like the teacups, the spaceships in the Alien Swirling Saucers attraction spin or “swirl,” but unlike the Mad Tea Party teacups, Guests are not in control of the amount or speed of the “swirl,” but we think that’s one of the things that makes this new Toy Story Land attraction so much fun!

The stand-by queue for Alien Swirling Saucers is very colorful and reminds us of some of the artwork in the queue for the Buzz Lightyear’s Space Ranger Spin attraction in Tomorrowland at Magic Kingdom. Neither of the stand-by or FastPass queues is indoors, as the attraction is completely outside—in Andy’s backyard, of course! But don’t worry, the Imagineers were kind enough to include lots of fans alongside the great artwork inside the queue!