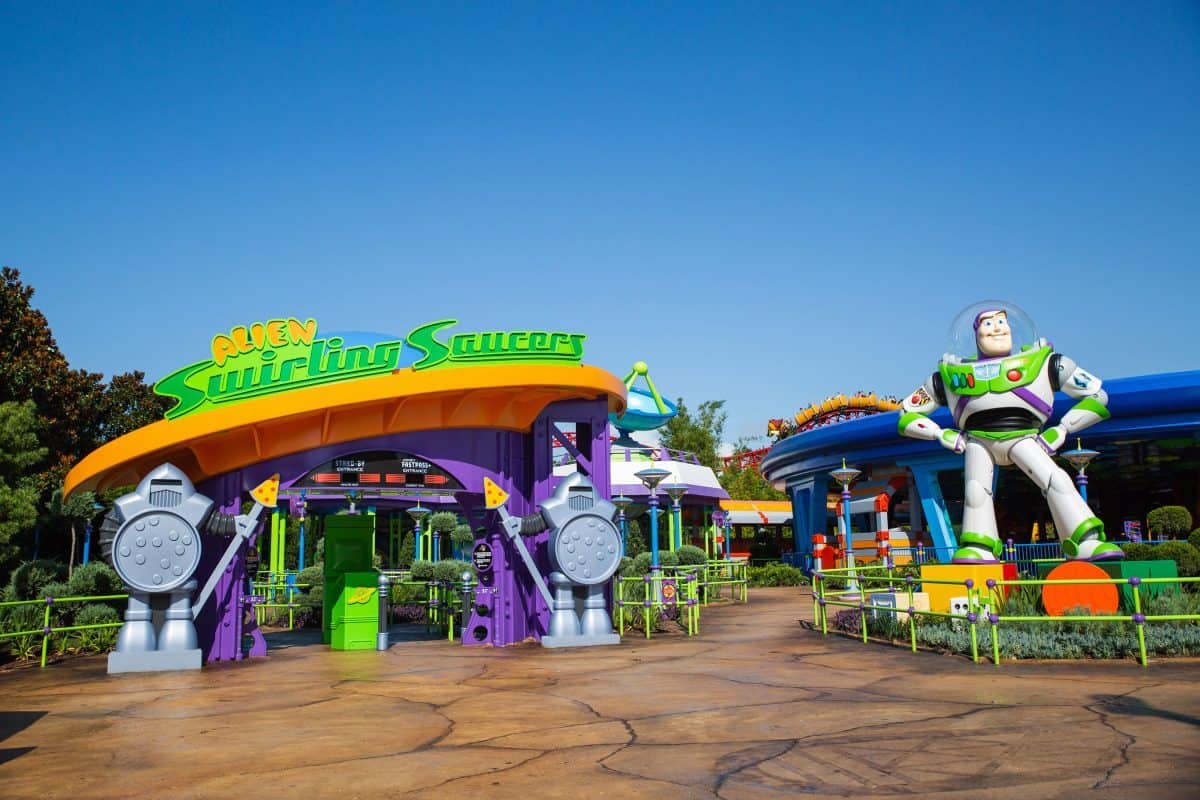 Toy Story Land has finally opened at Disney’s Hollywood Studios, and we couldn’t be happier! The new land offers a new entrance to the long-time Guest favorite, Toy Story Mania, as well as an all-new quick-service restaurant and a fun and exciting new experience called Slinky Dog Dash. But if you’re less about the thrilling and more about the less-thrilling, stay low to the ground attractions, Toy Story Land has you covered too, with Alien Swirling Saucers—a fun family attraction that features none other than the Little Green Alien Men and the infamous “claw” from Disney/PIXAR’s Toy Story. Here are 7 things we just love about this new attraction.

Or maybe it should be called “piloting” as the aliens sit in front of your ride vehicle in their own separate vehicle and appear to be at the controls. But hold on tight because there’s more “swirling” than aliens in the Alien Swirling Saucers attraction!