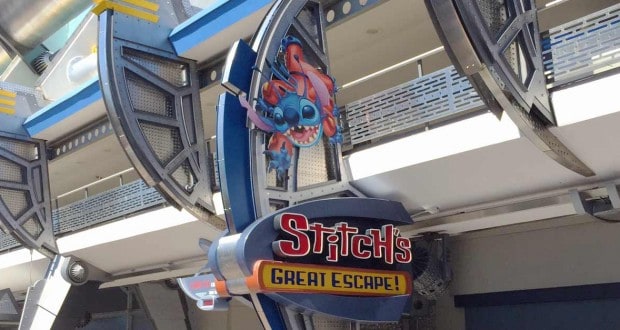 It’s clear to see that Walt Disney World is undergoing a lot of changes in a relatively short time span. FastPass+, Magic Bands, new lands and attractions, old attractions closed forever, major expansions at more than one park… and now, rumors of a name change at Hollywood Studios. All this change makes us think, “What’s next?” Here’s a list of some attractions at Walt Disney World that might be at-risk for closure. Remember, this list is speculative and not based on any concrete information or insider knowledge.

The American Idol Experience and Backlot Tour are closed, the Sorcerer’s Hat is gone, and now we’ve heard that a name change may be coming for Hollywood Studios. What else might be at risk?

With the Star Wars Land expansion rumors being substantiated, speculation has begun on where the new land will go. Thinking about where Star Tours currently sits, it makes sense that the rest of the themed land would surround and go beyond Star Tours, thus making Muppet vision 3D a possible candidate for replacement.

7. Streets of America & the Honey I Shrunk the Kids Play Area

It doesn’t seem to matter how old or irrelevant the “Honey I Shrunk the Kids” franchise is to today’s child; kids love this play area. Any opportunity for free play in the parks always seems to be very popular (the pop-up playgrounds during Epcot’s special events are a great example). This area, however, may be one that disappears when the rumored Star Wars expansion happens at Hollywood Studios. There’s also “buzz” (pun intended) that a Pixar expansion may also be on the horizon, which might also encroach on this area of the park.

The Backlot Tour is a thing of the past; it seems reasonable to think that the large stadium used for the Lights, Motors, Action Extreme Stunt Show might be one of the next areas taken over for the Hollywood Studios expansion. And, if the park’s focus is coming away from film production elements, a stunt show might become less relevant to the park’s new identity.

The widespread disdain for this ride makes it a good candidate for replacement at some point. Why do people hate the ride? Some people don’t like the harnesses (and the surprise “push” they give you on the shoulders), and others don’t like the disgusting Stich burp smell. Some say it’s boring, while others say it’s too scary kids.

I can’t help but wonder about the future of the Carousel of Progress, given the fact that there is hardly anyone ever on it! Every so often a rumor resurfaces about the Carousel of Progress being removed and taken to the Smithsonian Institute. On the one hand, this is a true Disney classic, dating back to its initial appearance at the 1964 World’s Fair. It also hasn’t been updated to show a scene of our current day, or a revamp of the idea of what the future might look like now. The last time the rumor surfaced, it was accompanied by talk of having a Stitch-themed roller coaster replace the attraction.

I haven’t heard any rumors about this one, but considering the attraction takes about 40 minutes to experience, I have to wonder how many guests are repeat visitors. It is interesting to experience once, but it’s also extremely outdated. I can’t imagine this one going for too much longer without an update or replacement. But, then again, lots of things at Epcot could use some updating and that doesn’t mean it happens!

2. Journey into the Imagination with Figment

This one might just be wishful thinking. Remember the old incarnation of Journey into the Imagination that included Dreamfinder? The newest version has all but forgotten him, and is not generally well-liked by anyone who remembers the original ride. Though I wouldn’t put money on this ride changing back to its previous form, the fact that people are fairly vocal about disliking this version makes me sort of wish it would happen.

Captain EO is a loud, music-filled science fiction film that originally operated from 1986-1996, only having reopened in 2010 following Michael Jackson’s death. Now that the tribute to Michael Jackson is less relevant, it may only be a matter of time before Honey I Shrunk the Audience, or perhaps some other attraction, replaces it.

What attractions are you worried about being at-risk for closure? Or are there some that you would really welcome being mothballed?

Consider booking your next Disney trip with an Authorized Disney Vacation Planner you can trust like Mickey Travels. They’ll help you get the best price for your vacation, share expert advice and their services are totally FREE! It’s genius!