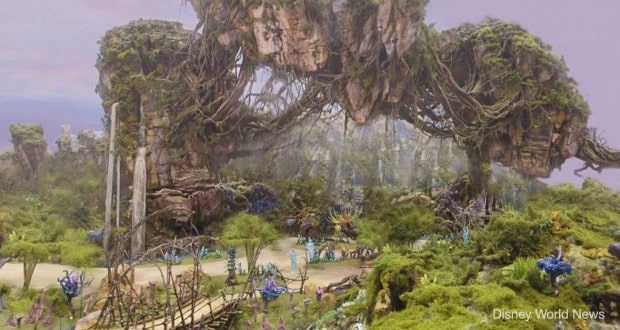 It’s exciting to be a Disney parks fan right now! There are so many changes coming to the parks- some that we’ve been hearing about for awhile and others that have just been confirmed at Disney’s 2015 D23 Convention. Here’s a list of some of the biggest changes ahead for the Orlando parks over the next several years.

8. Frozen Ever After & Norway Pavilion changes

I know that many of us are still mourning the loss of Maelstrom, but perhaps it’s time to “Let it Go”. (Too soon?) Frozen Ever After, a boat ride based on the popular Frozen film, will enjoy the beautiful sights of Arendelle, loveable characters, and the award-winning music from the film. The Norway Pavilion will also see changes, including a brand new meet-and-greet space for Anna and Elsa.

Epcot’s Soarin’ is going to see some major upgrades in the near future (2016). The ride is going to have a third theater to alleviate the always-epic lines. And, the ride will see a brand new film- “Soarin’ Around the World”- that will feature worldwide locations.

The Magic Kingdom is getting a new restaurant- “Skipper’s Cantina!” The restaurant will employ the always hilarious skippers from the Jungle Cruise and will be heavily themed. Located in Adventureland, the restaurant will occupy the space that Tinkerbell has been using as a meet and greet location before her move to Town Square Theater. The restaurant is rumored to be opening in late 2015!

Evening entertainment is a brand new thing for Animal Kingdom, which has always closed rather early. A new show called “Rivers of Light” is set to debut in the park in 2016. The show will take place on Discovery River, between Discovery Island and Expedition Everest, and will feature music, lanterns, and water screens. Possibly even more exciting is the addition of a nighttime version of Kilimanjaro Safaris!

Downtown Disney is getting an overhaul (and some much-needed parking). Disney Springs is set for completion in 2016, but new construction, shops, and restaurants are opening gradually. The completed project will consist of 4 sections: West Side, which includes many entertainment options, shopping, and dining; Marketplace (also heavily populated with shopping and dining); The Landing, which has many upscale dining options; and Town Center, which is a new addition to the area and will consist of shopping and a promenade.

Love it or hate it, Pandora: World of Avatar is coming to Animal Kingdom. Construction is well underway and the brand new land is scheduled to open in 2018. The first of three Avatar sequels is also going to hit theaters in 2017; we’re sure that’s no coincidence! For those of you who don’t love the film, worry not. New details about Pandora seem to indicate that the park experience will be like visiting a travel agency and being transported to another planet. The focus will be on the planet, its beauty, and sustainability- not necessarily on the film plots. In addition to dining and shopping, Pandora will feature a boat ride through the bioluminescent forest and a Soarin’-type ride that simulates a flight on a Banshee (a flying creature from the films).

We’ve been hearing about it for a while, and it’s finally been confirmed: Star Wars Land is coming to Hollywood Studios (and Disneyland, too)! No details have been released yet about when we can expect this massive expansion to begin, and the exact location is merely speculation. While we wait what may seem like light-years for the expansion to come to fruition, there will be an increased Star Wars presence in the form of exhibits and character greeting opportunities related to the newest film, Star Wars: The Force Awakens. Much of this will take place in the soon to come (as in, this year) Star Wars Launch Bay, in what used to be the Animation Courtyard area of the park. We can also look forward to Season of the Force, a weekend event that will feature a special Star Wars fireworks show.

Also coming to Disney’s Hollywood Studios (or whatever they decide to call it by then) is Toy Story Land! In addition to the extra track being added to Toy Story Midway Mania, we can expect to see two new attractions. First, a family style coaster centered on the Slinky Dog character. The other attraction, a flying saucer ride, will feature the loveable green aliens. Toy Story Land is supposed to make us feel like we are toys in Andy’s back yard; perhaps a reimagining of the Honey I Shrunk the Kids play area is in the works?

With so many big changes coming to Orlando in the next few years, it’s hard to pick a favorite. Which new addition are you most excited about?