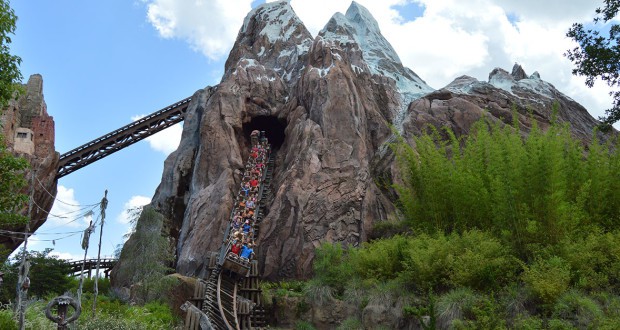 Expedition Everest is a thrilling roller coaster that takes you on an adventure inside the mountain. Before you get on the ride you travel through an amazing Everest-themed queue. First you enter the village of Serka Zong and the office of Himalayan Escapes travel agency. The décor is really interesting and unique. Near the end of the line there is the Yeti Museum filled with thousands of artifacts from Nepal and even a mold of a Yeti footprint!

Expedition Everest is in the Guinness Book of World Records (2011) as the most expensive roller coaster built. This ride took over six years to plan and construct and it is reported is cost over one hundred million dollars to build.

Expedition Everest’s track is over 4,000 feet long. The track reaches a height of over 100 feet. The largest drop of the roller coaster is 80 feet!  The highest speed the rider reaches is 60 miles per hour.

5. Not An Average Coaster

This roller coaster is unique because the rider experiences part of it in reverse! The coaster starts off going forward but then you’ll notice the tracks have been ripped apart by a mysterious creature. The rider is quickly flung backwards at 40 miles per hour. This makes Expedition Everest a more thrilling ride!

4. Mission to the Himalayas

In 2005, a year before the attraction debuted, Disney and a team from Discovery traveled to the Himalayas for research.  Their journey helped them plan not only for the ride, but for three documentaries that aired on national TV. The documentaries show the culture of the area and to conduct scientific research. The people involved in the documentary also talked to the indigenous people of the area, where the legend of the Yeti still exists today.

The scenes that are represented through Expedition Everest’s line are very eye-catching. Disney purchased over 8,000 props from Nepal to make the attraction have a more authentic feel. In the Yeti Museum, there are photographs that were taken by one of the ride Imagineers while on an expedition to Nepal.

Expedition Everest is not only the tallest ride at any Disney park, it is also the tallest the artificial mountain in the world! The design of the mountain was thoughtfully planned. As the mountain gets taller, it also gets smaller in size. This effectively creates the illusion of an even taller mountaintop. Interestingly enough, with all their research, Disney did not create the attraction as a replica of Mount Everest. Nor did they name it after the real deal. The official Disney name for the rocky attraction is the Forbidden Mountain.

The star of the Expedition Everest attraction is the Yeti who lives on the mountain. This animatronic is the largest and most complex Walt Disney ever had built. When the Yeti makes his appearance it’s a great surprise for the rider! This mountain “monster” stands 25 feet tall and roars above the ride. Due to mechanical issues, the animatronics no longer work in their original configuration. Instead the creature comes to life with the use of strobe lights. This is called “B mode” by those in the trade and has given the Yeti the unofficial nickname of “Disco Yeti”. 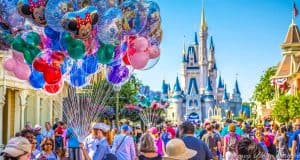 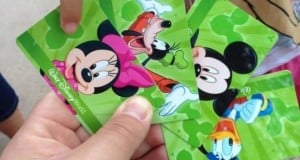 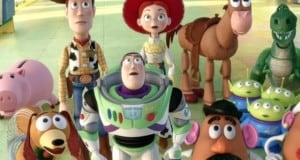