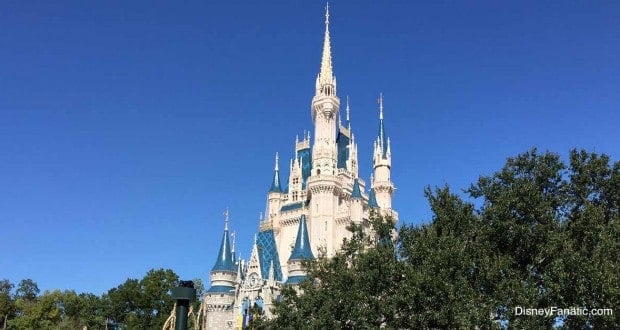 Change is inevitable. Walt Disney himself said: “We keep moving forward, opening new doors, and doing new things, because we’re curious and curiosity keeps leading us down new paths.” Yet more times than not, change is difficult to accept. Here are some of the more controversial changes that have been made through the years at Disney:

If you have memories of Disney World as a child, I have no doubt there is a ride that’s been removed you wish was still there. For me, I will never get over the loss of Mr. Toad’s Wild Ride. It’s one of the only rides I vividly remember, yet will never be able to experience again at the Magic Kingdom. (You better believe we’ll be reunited again at Disneyland while it’s still there!) The Many Adventures of Winnie The Pooh is in no way a worthy replacement which heightens the loss.

Also missing from Fantasyland is 20,000 Leagues Under the Sea: Submarine Voyage (maybe because the attraction title was so long!).  Snow White’s Scary Adventures had to make way for the Seven Dwarfs Mine Train in New Fantasyland. Maybe you miss the Skyride, If You Had Wings (which was replaced with Dreamflight, before eventually being tossed aside for Buzz Lightyear’s Space Ranger Spin), or Mission to Mars/Alien Encounter. We’ve had to say goodbye to many attractions at EPCOT (more on that next), and Hollywood Studios has seen several dismissals (of note – Who Wants to Be a Millionaire: Play It, The Backlot Tour and The American Idol Experience).

Some rides have seen relevant improvements like Pirates of the Caribbean adding in the popular character Captain Jack Sparrow or the Haunted Mansion creating new scenes and hijinks. The revision to The Enchanted Tiki Room, on the other hand, featuring the recognizable Zazu and Iago was so bad that it didn’t take long for Imagineers to revert it back to the original. Disney World is always expanding and adjusting, but sometimes at the cost of beloved memories.

The Experimental Prototype Community of Tomorrow that Walt envisioned came to fruition when EPCOT Center first opened its gates to guests in 1982. This park was going to revolutionize theme park environments through its lofty vision:

“to entertain, inform and inspire, and to above all… instill a new sense of believe and pride in man’s ability to shape a world that offers hope to people everywhere in the world”– Opening address by Cardon Walker

This was clearly evident from attractions like World of Motion, Horizons, the original Journey into Imagination and the Living Seas. It wasn’t simply just a place with rides for kids. This was a park adults needed to enjoy through its thoughtful communication and exploration. World Showcase makes sense in this atmosphere so as to catch a glimpse of the current world, while Future World, appropriately named, dared to imagine what it could be in the coming years.

The modern EPCOT, however, is confusing. There seems to be real tension in creating an entertaining environment that concurrently informs and inspires. Park revisions gradually lean more toward the entertainment aspect, although Test Track (now in its second version) and Mission: Space (a colossal disappointment) show some effort to stay consistent to the original vision. Soarin’ Over California, though a great ride, only loosely fits with the land’s initial design. What replaced the former Journey into Imagination is neither imaginative or captivating. Nostalgia plays a part in missing older versions of attractions, but this iteration of the ride is obnoxious, unfunny, and worthy of another reboot. When the Living Seas, another Future World attraction, got taken over by Nemo And Friends, it opened the door to the next great controversy…

Innocently enough, Frozen came onto the scene bringing Walt Disney Animation Studios once again to the forefront of success. Capitalizing on the widespread acclaim (Frozen is the highest grossing animated film of ALL time!), Disney couldn’t bring the characters and story to the theme parks fast enough and understandably so. It make sense for Disney to continue giving guests reasons to personally visit the parks and the Arendelle princesses meet and greets were a colossal attraction.

Beyond the character meet and greets, this apparent demand for all things Frozen is expressed in the nighttime Celebrate the Magic scene at the Magic Kingdom, in a Frozen Singalong Celebration at Hollywood Studios, and in the Frozen takeover of the annual Christmas parade. The most egregious expression however might be in the very hotly contentious decision to replace Maelstrom of Epcot’s World Showcase with a Frozen-themed ride to debut in 2016.

While many could have stomached a new attraction built in the many abandoned sections of the world (see below), replacing a cultural fixture representing the country of Norway with a fictional realm and a singing snowman seems almost shameful. Frozen clearly isn’t going away but it would appear nothing is sacred when Disney finds a profitable franchise to exploit. Maelstrom probably won’t be the last thing Disney will encourage us to “Let it go” as Pixar continues to innovate, Star Wars becomes relevant again and Avatar tries to make us care about Pandora 5+ years later.

It’s not often that Disney reverts back to original concepts after alteration occurs but it has happened (notably, The Enchanted Tiki Room example). So when it was announced Disney’s Polynesian Resort would be renamed Disney’s Polynesian Village Resort, there was a relief that sometimes nostalgia does win. But then came rumors that the cherished atmosphere of the Great Ceremonial House would be converted to a standard lobby space and controversy ensued.

When Disney released concept pictures, the picturesque waterfalls and abundant foliage in the atrium were missing, and there was great outcry on the internet at the minimalistic replacement. Construction has since been complete and the environment has a completely different feel; it is no longer immersive and tropical but typical and uninspiring. One can only speculate on the reasons for the extensive renovation, but the losses of so many beloved environments (like this one) and attractions with the signature Disney touch are devastating to Disney purists.

It seems weird that relics exist within Walt Disney World of forgotten attractions, restaurants, and environs. Why not figure out suitable use for the space? Why can’t something long term be used in the old Odyssey restaurant in EPCOT or the Diamond Horse Show Revue at the Magic Kingdom? And who hasn’t wanted to explore the mysterious grounds of River Country?

For as long as I can remember Disney has utilized partnerships with outside companies to sponsor attractions or feature food items. Coca-Cola is prominent as is Orville Redenbacher’s popcorn. General Motors was involved in Test Track’s new update and the list goes on. But it hits me weird to see a Starbucks store on Main Street, USA (just as it seemed out of place to purchase McDonald’s food items in Dinoland, USA, Animal Kingdom). Like it or not, the demand is there. With sites at EPCOT and Downtown Disney, Starbucks quickly added a location at Hollywood Studios, and then followed Animal Kingdom in 2015.

Though many taverns exist within the Magic Kingdom, before 2012 it was the only Disney park that didn’t sell alcohol. For 40 years, Disney World had been a dry amusement park. When the Be Our Guest Restaurant opened however, the park prohibition ended. Some feel this goes against Walt Disney’s wishes for a family oriented experience. Originally the purchases were limited to this location only during the evening hours. The move to serve alcohol proved so successful however, that Disney announced this year that all restaurants would serve wine and beer.  Additionally, the Dining Plan beverage credit now will count toward alcoholic purchases.

Ah, innovation. Ease. Improvement. These are all things Disney believed the MagicBand system would bring as they began phasing out hard tickets and linking everything to the online experience. For the computer savvy, reservations for restaurants and FastPasses are much more efficient. Sometimes the entrance gates can be frustrating and glitches exist. But the hype for MagicBands has grown as more guests see the ease in linking credit cards for payments and a quick swipe of the wrist to move through the lines!

BONUS TIP: Start planning your next Disney trip with an Authorized Disney Vacation Planner. They’ll help you get the best price for your vacation, share expert advice and their services are totally FREE! 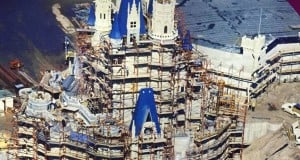 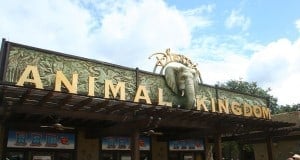 10 Essentials You Should You Have With You In Disney Parks 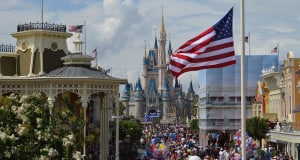 How To Do Magic Kingdom Right – 10 Things You Should Know