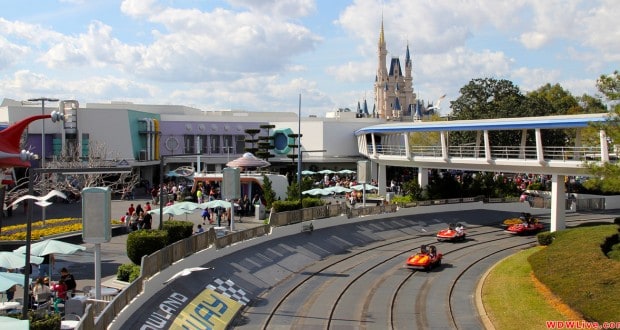 8 Experiences You Might Be Missing in the Magic Kingdom

There’s so much to do at the Magic Kingdom that it’s easy to see how certain attractions and activities might fall by the wayside. After you’ve done all of your favorite things, here’s a list of some fun things to try that you might be missing!

Everyone clamors to meet Mickey Mouse, but there are some lesser-sought after character greeting opportunities that exist in the Magic Kingdom, too. Did you know that Fairy Godmother can be found behind Cinderella’s Castle? Maybe you’ll even have a wish granted! The Tremaine Family (Cinderella’s wicked step-mother and step-sisters) also meet with guests in New Fantasyland, near the new gray wall. Other characters you might not have noticed include Princess Tiana in Liberty Square (sometimes with Prince Naveen) and Merida in Fairytale Garden.

On most days, if you can manage to get to the Magic Kingdom and through the security check before it opens, you’ll get to experience the Welcome Show. It’s a must-see at least once! A steam train full of characters rolls into the station above and Mickey himself opens the park. If you’re really early, and you look like a very fun, enthusiastic family (think big smiles and matching t-shirts) you might even get chosen to help open the park!

Speaking of the train station, this is an attraction that always makes me feel a little closer to Walt Disney himself. Walt loved stream trains, and even had one in his back yard! You won’t necessarily get to see a whole lot on your travels, but it’s a nice relaxing ride and a good way to get from one side of the park to another without walking (although walking will prove faster in some cases). This is a great mid-day activity when you need a break from the heat.

I’m sure that many of our readers will say that they never miss a ride on the PeopleMover, but to a new Disney traveler, this attraction might not look all that interesting. Like the railroad, the People Mover is ultra-relaxing. It’s also a great way to see inside many of your favorite attractions. You’ll glide across Tomorrowland and hear narration about the attractions below, getting to glimpse inside them at times. The PeopleMover even goes through Space Mountain- if the ride is down, you’ll be see it with the lights on!

Don’t leave Tomorrowland without experiencing this one, at least once! Created originally for 1964 World’s Fair, the Carousel of Progress gives us a glimpse into the life of an animatronic American family at different time periods in American history. Honor Walt and take the time to enjoy this is classic Walt Disney original. It’s not the most exciting thing that the parks have to offer, but it’s a true classic!

I’ll admit that it took me until my 6th trip to Walt Disney World to actually check out Tom Sawyer Island. While it’s not something that I would run to first thing in the morning, it does provide a nice respite from the crowds. Access the island by taking the river raft near Big Thunder Mountain Railroad across the water. Once on the island, you’ll discover plenty of trails that weave up and around the island. You’ll also encounter a rope bridge and caves to explore. Although I know some people let their kids roam freely in this area, I would recommend accompanying your child. Some of the caves are actually rather dark, and have some dead-ends. It wouldn’t take too long for panic to set in if a child felt lost or trapped.

I used to be guilty of this one, too. Sometimes anything “historical” conjures thoughts of “boring.” However, Liberty Square has some great things that are not to be missed. Columbia Harbor House is a fabulous counter service restaurant. The Liberty Square Riverboat provides a nice, relaxing break to touring the park. You’ll drift past Big Thunder Mountain Railroad and will navigate around Tom Sawyer Island, giving you some different views. Also take a look at the Liberty Tree, with its symbolic lanterns. Don’t miss the Hall of Presidents- not only is it a moving show with amazing animatronics, but it also displays the Great Seal of the United States.

8. Sorcerer’s of the Magic Kingdom

This activity is something that I probably never would have tried if someone had not urged me to do so! Sorcerer’s of the Magic Kingdom gives you the chance to be a spell-wielding sorcerer throughout the park, defeating villains on your quest to defend the kingdom. Here’s what you have to do: visit one of the two locations where you can obtain Sorcerer cards (either at the Firehouse, or in Liberty Square). You’ll receive a video introduction to the quest from Merlin, pack of 5 cards, a key card, and a map. Then, you’ll be directed to one of the magical portals throughout the park. When you arrive, hold your key card up to the portal and a scene will appear magically in what looks like a window. Listen to the characters, as they will tell you which villain you must defeat using your sorcerer cards. Each quest will take you to several different portals; you don’t have to finish a quest in any particular amount of time, so you can play as much or as little as you like. You can receive one pack of cards per person per day, provided you’ve actually visited a portal and have been playing. This is tons of fun for kids and adults- the entire first level of the game requires no skill, so just let loose and have fun!

Have you tried all of these activities? They may not be everyone’s all-time favorites, but they are all worth experiencing at least once! What would you add to our list? 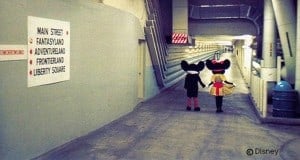 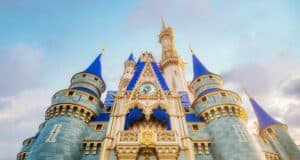