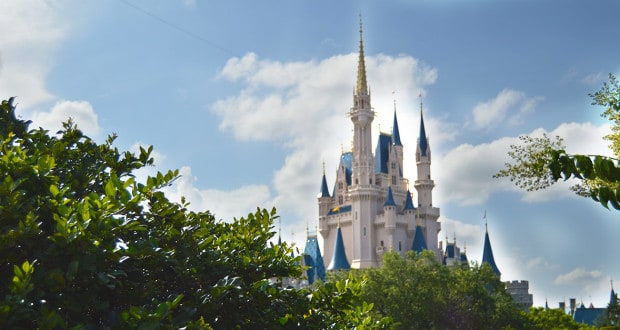 There are some experiences you know you’ll have during every Disney World vacation. You know you’ll have to wait in line, get to have Mickey-shaped food, and get a picture in front of Cinderella Castle. Other Disney experiences have been dubbed the “white whale” experiences as they are so rare you may never get to experience them in your lifetime. Some are impossible, some are rare, and others are just a matter of sheer dumb luck.

8. Being the Family Chosen for the Opening Show at Magic Kingdom

If you’re an avid Disney Parks fan, you’ll know that every morning, about 20 minutes before the park opens, Magic Kingdom holds a special “Welcome” show for guests and selects a family to help them open the park. Only one family is chosen at random per day so considering the number of families who attend the parks each day, this is a pretty rare experience. You can increase your chances by arriving extremely early to the parks, being excited to be at Disney (not hard to do), and make your way to the front where a Cast Member can see you.

7. Ride on an Attraction With a Character

We’ve all seen the commercials for Disney World on TV. Somehow in just about every one of them, there are families riding attractions with a Disney character. It can be Goofy on Big Thunder Mountain or the White Rabbit on the Mad Hatter’s Tea Cups. In real life, this actually does happen, but not often. (In all my years of going to the parks, I’ve only actually seen a Disney character ride an attraction with guests once.) There really is no way to increase your chances of this happening. It’ll either happen or it won’t. The characters decide at random if/when they’re going to hop on with you.

This one is more plausible due to the special events Disney puts on like the Halloween parties, the Villains nights, and the 24-hour events. However, on a typical Disney World vacation there are a few classic characters that used to be in the parks all the time who very rarely can be seen now. Another way to see rare characters is by participating in the runDisney Marathon. The half marathons do give you a chance to see some of the characters you won’t find in the parks like Captain Jack Sparrow and Captain Barbosa, but the full marathon gives you even more rare character sightings.

5. Being Able to Walk Around With a Character

Unlike in Disneyland, the characters in Disney World are assigned meet and greet stations where guests can line up to get autographs and pictures. Again, in the commercials, we often see the scene where a child will run up to Mickey or Cinderella and walk hand and hand with them through the castle. With no other guests around. The only time you’ll see characters walking around will be during parades and when they’re on their way to or are coming back from their meet and greet station. During those times, they don’t stop to greet guests.

These two are combined into one because not only are they in the same location, but they’re on this list for the same reason. While it’s a complete possibility to make a reservation here, it’s rare for most families to actually do it because of the cost. The Chef’s Table experience is $150 per person and the Queen Victoria room is a whopping $195 per person. For those of us working on a budget, this has become a “white whale” experience.

3. Staying in the Cinderella Castle Suite

Once the guest suite in Cinderella Castle was created, Disney fans all over added a stay there to their Disney bucket lists. Staying here is a one night only experience, and based entirely upon chance. The only way you can stay here is by being selected during one of Disney’s many sweepstakes events. The grand prize usually involves a stay in the Cinderella suite with the rest of the trip being at a Disney Resort hotel. Nothing to do here, but enter as often as you can and wish.

2. Ride in the Front Car of the Monorail

This is actually such a “white whale” experience that if you really get to do this, it means a Cast Member isn’t doing their job. In 2009, Monorail Pink and Monorail Purple collided, killing one and injuring six. After that, the pink and purple colors were retired and it was determined that for the safety of park guests, only authorized Disney employees would be allowed in the front car. You can ask all you want, but park guests are not allowed.

1. Having a Terrible Time at the Parks

This one is virtually impossible. Disney World is where dreams come true and anything can happen. So many happy memories are created here that it’s almost impossible to have a rotten time here. Even if something goes wrong, Cast Members are known to go above and beyond to fix it. The only terrible moment of a Disney vacation is when you have to leave. But then you can just start planning your next vacation.

If you’ve been able to do any of these, count yourself lucky and treasure those memories.