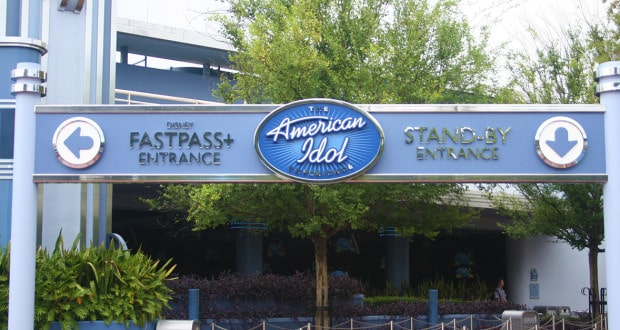 Ever changing and expanding, today’s Walt Disney World looks quite different from the original WDW. In fact, the evolution of the place where dreams come true is remarkable and continuous. If you have been going to WDW since you were a kid, you may remember some of these old favorites, who have graciously bowed out to make room for experiences tailored to a new generation. Stroll down memory lane remembering these experiences that no longer exist.

An aerial ropeway between Fantasyland and Tomorrowland similar to a ski lift gondola. It was closed in 1999 due to safety concerns and completely removed in 2009. I have seen pictures of my sister and I on the Skyway when we were small, looking totally exhausted and glad to be resting our little legs. Well kids, it’s the stroller or nothing for you these days. So long, Skyway. Don’t let the Disney Skyliner be confused with the Skyway. The Skyliner is Disney’s newest form of transportation and takes gets to and from Disney’s Hollywood Studios, EPCOT and Skyliner Resorts.

This ride actually lived up to it’s name for a lot of kids. Perhaps it was that cackling animatronic witch – she was enough to give anyone shivers. Sheesh. In 2012, the ride was shut down to make room for the Princess Fairytale Hall, due largely to the popularity of Princesses. You can still get your Snow White fix however with Seven Dwarfs Mine Train in Fantasyland.

Just south of Magic Kingdom you could try your hand at driving a Porsche or ride shotgun in a race car…for a fee, of course. In June 2015, the track was closed to make way for ambiguous transportation developments.

This experience used to be a part of the former Wonders of Life Pavilion in Epcot’s. A simulator ride similar to Star Tours, Body Wars “shrunk” the guest down to the size of a blood cell to travel through a human body’s vessels and organs. Being the main “thrill ride” in Epcot, I remember Body Wars being extremely popular as a kid, along with the rest of the exhibits in Wonders of Life (…but that Making of Me movie….a little weird….). The actual simulator was rumored to be stripped for parts to repair Star Tours.

This one has been talked about over and over again. Though the ride holds fond memories for many, Mr. Toad met his demise in 1998 to make room for a more marketable The Many Adventures of Winnie the Pooh. I did like the Toad and his Wind in the Willows pals, but who can compete with lovable Pooh Bear? Plus the in-line activities that were added later make Pooh’s Adventures a clear winner.

Though Maelstrom in the Norway Pavilion of World Showcase was hardly super-popular, its final ride in 2014 was met with much protest from Disney nostalgics. Frozen Ever After took its place and has been one of the most popular attractions in all of EPCOT. Join Frozen characters on a boat ride and follow along a similar path that Maelstrom once took.

Creepy photos of Disney’s abandoned water park have been well-circulated around the internet. I vaguely remember the fun of River Country in it’s heyday, and the concept seems to be legit. However, with space and water-safety constraints, River Country shut it’s doors in an effort to push more guests to the larger Disney Waterparks. Before COVID-19 hit, a new resort was in the works for this location called Reflections – A Disney Lakeside Lodge. It was scheduled to open in 2022 but COVID-19 has put a hold on this project for now.

Apparently in the middle of Bay Lake there used to be a large animal sanctuary that guests could visit by boat. There were even concepts developed with the creators of the Myst computer game (remember that one?) to make Discovery Island an interactive experience. But alas, in 1999 the exotic animals that were housed there made their way over to Animal Kingdom and Discovery Island was no more.

One of many experiences that cycled through Hollywood Studios, the American Idol Experience closed. Though the live singing competition was a key turning point to the rise of several true finalists of the show, waning popularity shut down the experience in August 2014. For the First Time In Forever: A Frozen Sing-Along Celebration now resides here.

One of the original lands of Animal Kingdom, Camp Minnie-Mickey used to be a sweet place to meet characters, as well as the home of the Lion King and Pocahontas shows. Festival of the Lion King has simply moved to Africa, but my kids were saddened to not have those special out-of-the-way character greeting spots anymore. Now that Pandora – World of Avatar has opened in it’s place, and Avatar – Flight of Passage has become such a popular ride that Camp Minnie-Mickey is a fading memory.

So there you have it…10 experiences that will go down in Disney history. What experience do you miss the most?