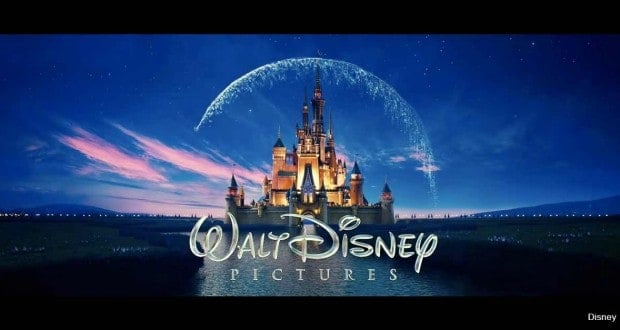 8 Reasons You Should Only Watch Disney Movies

There are many movies to watch nowadays, and sometimes it might be difficult to pick the right one. Here’s why you can’t go wrong with a Disney movie!

1) They have something for everyone.

When you think of Disney, your first thought might be of an animated film that you grew up with, such as Beauty and the Beast, or–more likely–the film that your kids have begged you to watch every week, Frozen. Disney’s animated films are absolute must-sees, but there are plenty of other movies to watch too, and they’re all different! From lighthearted musicals like Enchanted to lively action-adventure films like National Treasure, you’re sure to find a good movie on Disney’s shelf.

2) They show how important family and friends are. Disney characters often find themselves burdened with challenging tasks or extensive journeys, but Disney characters also usually have someone to support them along the way. When things aren’t going well, their companions can boost them up and give them the help that they need, even if the protagonist hurt them at some point. Disney friends and family members don’t abandon each other and, after seeing the heartwarming mother-daughter relationship in Brave or the age-old bond between Winnie the Pooh and Piglet, you’ll probably be more than a little motivated to give your nearest loved one a big hug.

3) Disney movies can bring very different people together. There are not many things that can break boundaries between people of every age, background, and culture, but Disney does. You can talk about Disney with practically anyone, from an elderly woman who saw Cinderella when it first premiered, to a child who never gets tired of Tangled. There is something about Disney that mesmerizes its viewers long after the movie has ended, and if you mention your favorite Disney movie to someone else, chances are they’ve seen it too!

4) They make the Disney parks better. There are a lot of amusement parks in the world, but the Disney parks always seem to stand out more than the others. This is because you already come into the parks feeling a connection to them! You can thank Disney movies for that. When you watch a Disney movie, you cry with the characters, celebrate with them, and support them on all of their journeys. Disney movies can make you feel as if you know a character personally, which makes seeing your favorite character in the Magic Kingdom feel like you’re seeing a close friend!

5) They tell us that dreams can come true. Dreams, wishes, heart’s desires–they’re all possible in a Disney movie. These magical yearnings may not come true in real life; unfortunately, we live in a world where pragmatism often takes over. With a Disney movie, you can let yourself go into a world where dreams really can come true, happy endings are virtually guaranteed, and the practical realities of everyday life can be forgotten, at least for a little while.

6) They can make you believe in true love. While some feminists may cringe when a Disney princess swoons over her prince, Disney movies’ music and romance demonstrate why the concept of true love is still around. Watching these films, you may often find yourself rooting for a couple throughout the entire movie, and although many Disney movies do not focus solely on the characters’ romantic relationships, their happy ending is always gratifying. However, true love doesn’t necessarily have to be romantic: some movies focus on the love between family and friends! Whether there’s romance involved or not, Disney films show characters making sacrifices and fighting battles for the sake of true love, reminding viewers just how important and powerful it can be.

7) They can stay with you for years. When you think of a movie that you were raised on, it is probably a Disney one. Years after seeing The Little Mermaid for the first time, you can still recite your favorite scenes, and you still sing along to the songs. Feeling nostalgic? Watch your favorite childhood Disney movie! If you want an extra dose of Disney magic, share your favorite Disney film with your children. Enjoying a Disney movie together is a wonderful experience, and it will help you remember your own magical memories of the film!

8) They have good messages. Disney characters are not perfect: they have struggles, and fears, and they make mistakes just like everyone else does. Characters who seem small stand up to characters that seem big, and when a character makes a mistake, he or she usually recognizes the error and apologizes for it. Disney movies show viewers that mistakes can be alleviated with redeeming actions, heroes can be found almost anywhere, and traits like honesty and courage are priceless.

In a world of housework, appointments, and deadlines, it can seem difficult to find light-hearted stories and exciting adventures. If you need an escape from your daily life, do yourself a favor and watch a Disney movie today!