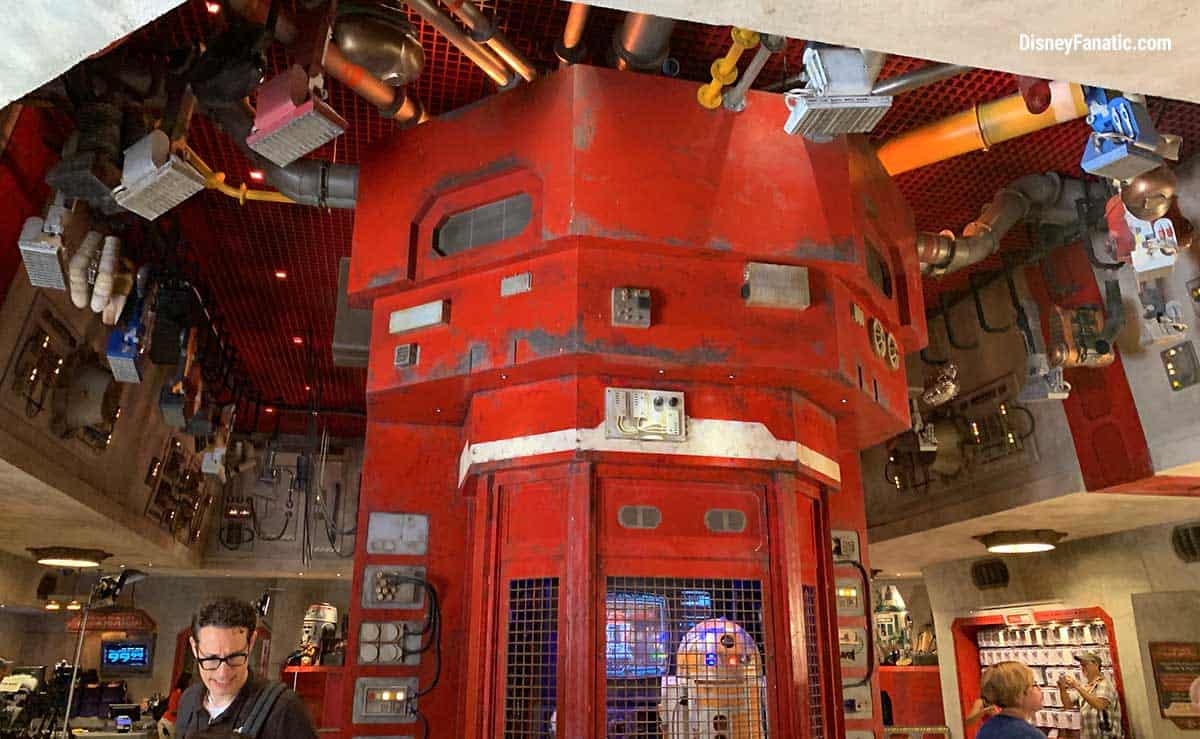 Not only is the actual process of custom-building your own droid by default a completely immersive experience, but the Droid Depot workshop itself looks like something straight out of one of the movies. Yes, it’s that realistic!

It’s not just about having your own BB or R unit, though – it’s also about the experience itself. In fact, you can easily convince yourself you’re on a dusty old planet like Tatooine when you're in here (except you’re actually on Batuu and there’s some notable distance between the two).

4. You Can Control The Droids

Once your droid has been built, you’ll be given a remote control! Why? Because the droids use Bluetooth technology in order to communicate with both their masters and other Astromech Units, along with other elements of Batuu and Disney World beyond.

Using the remote control function while in Disney World, however, is forbidden. You can carry your droid around Batuu, though, so that you can enjoy watching it interact. Just don’t go putting it on your shoulder like BD-1 in the awesome new platform game Star Wars: The Fallen Order.

3. They Interact With Their Environment

As all droids do, your own unit will interact with certain elements of the environment, whether you’re in Batuu or elsewhere in the resort. Not only that, but they’ll also interact with other droids (and will hopefully be friendlier with one another than C-3PO or R2D2!).

If you don’t understand what they’re saying to one another, though, it’s tough luck. Unless of course you’re as multi-lingual as C-3PO (oh every time we mention his name we get all teary-eyed...). We are not looking forward to taking "one last look" at our shiny friend…

When you’ve finalized your BB or R-unit, it will be ready to leave with its new master. But before doing so you can purchase additional accessories for them. Equally, you’re also free to return at any time to do this, so there’s no pressure whatsoever.

And it wouldn’t be a workshop without upcycled objects made from old parts, or existing premade droids. Whether or not you choose to upgrade your droid or purchase a premade one to begin with is your choice. Either way, you’ll just love the Droid Depot.

1. The Attention To Detail Is Force-Some

After entering through some rusted blast doors, you might simply browse or waste no time in selecting the droid series you want. You’ll then head over to a Build Station, where you’ll be given assembly instructions to follow via monitor display schematics.

The Depot clerk will also be dressed like a real Batuuan, adding to that immersive touch even more. And when your droid finally comes to life, it will do so in a light-blinking fashion! It’s fair to say that no piece of scrap has been left unturned at the Droid Depot.

Reservations can be made up to 180 days ahead of your visit. But just be sure to become part-droid yourself and download the My Disney Experience app to make those reservations or check availability.