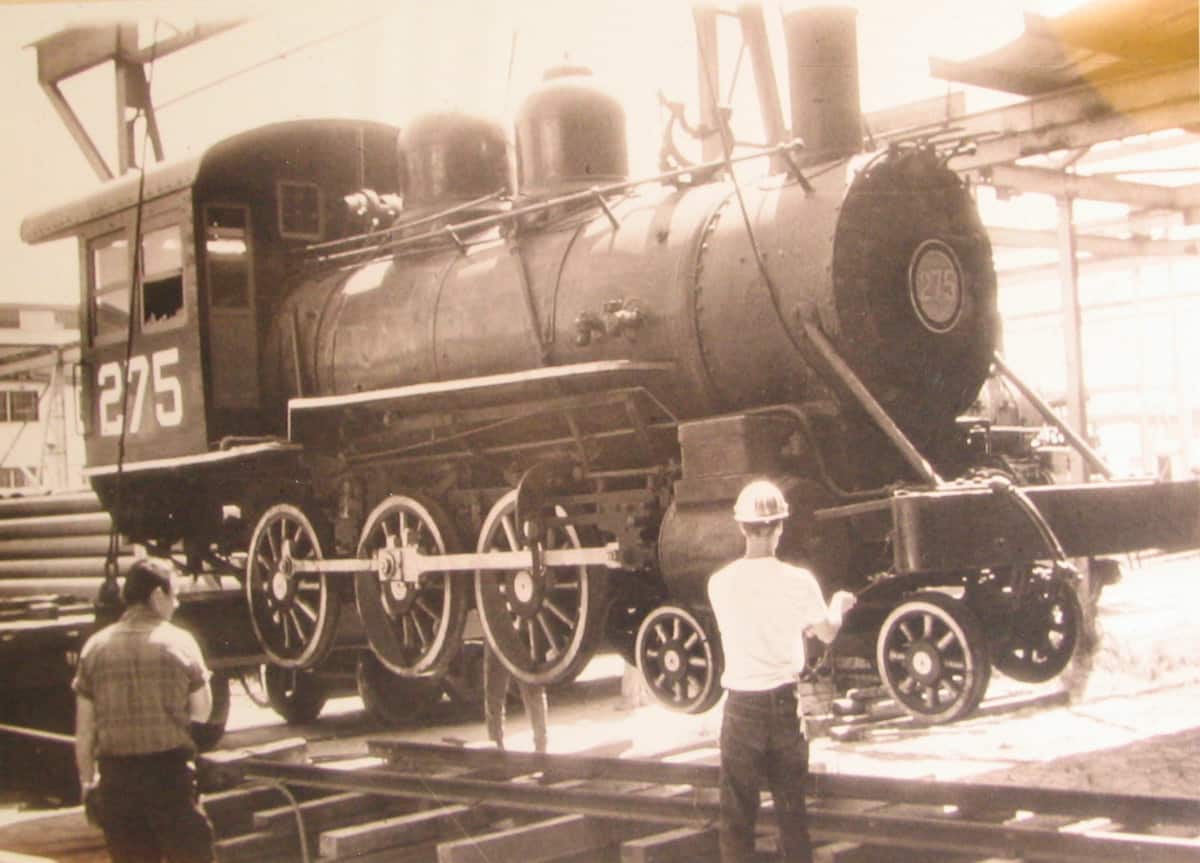 The Roger E. Broggie locomotive was built in 1925.  It carries 5 yellow passenger cars.  This locomotive is still in service at the Magic Kingdom.  It was named for Roger Broggie.  Mr. Broggie was considered the very first Disney Imagineer and worked very closely with Walt as one of his most trusted mechanical engineers.  Photo credit Disney