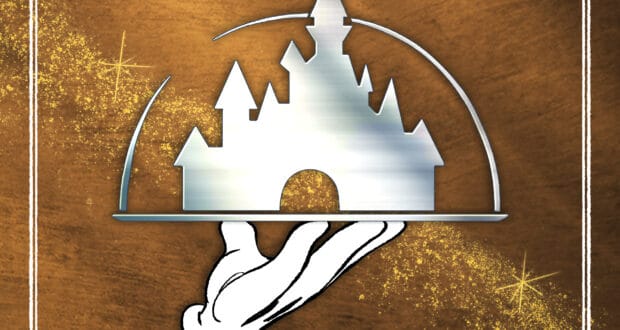 An Interview with Kimberley Bouchard, Author of “The Positively Disney Cookbook”

Bestselling author, podcaster, and speaker Kimberley Bouchard, known for the ‘Positively Disney’ series of books has just published her latest project, ‘The Positively Disney Cookbook!’ The book features personal recipes from notable members of the Disney community including actors from favorite Disney films, Imagineers, artists, chefs, and more, with entertaining and heartwarming stories shared with each recipe.

‘The Positively Disney Cookbook,’ not only makes for a wonderful gift for Disney fans on your list this holiday season, but it also serves as a way we can help to give back to those in need as 50% percent of proceeds from sales of the book will go toward supporting Feeding America. 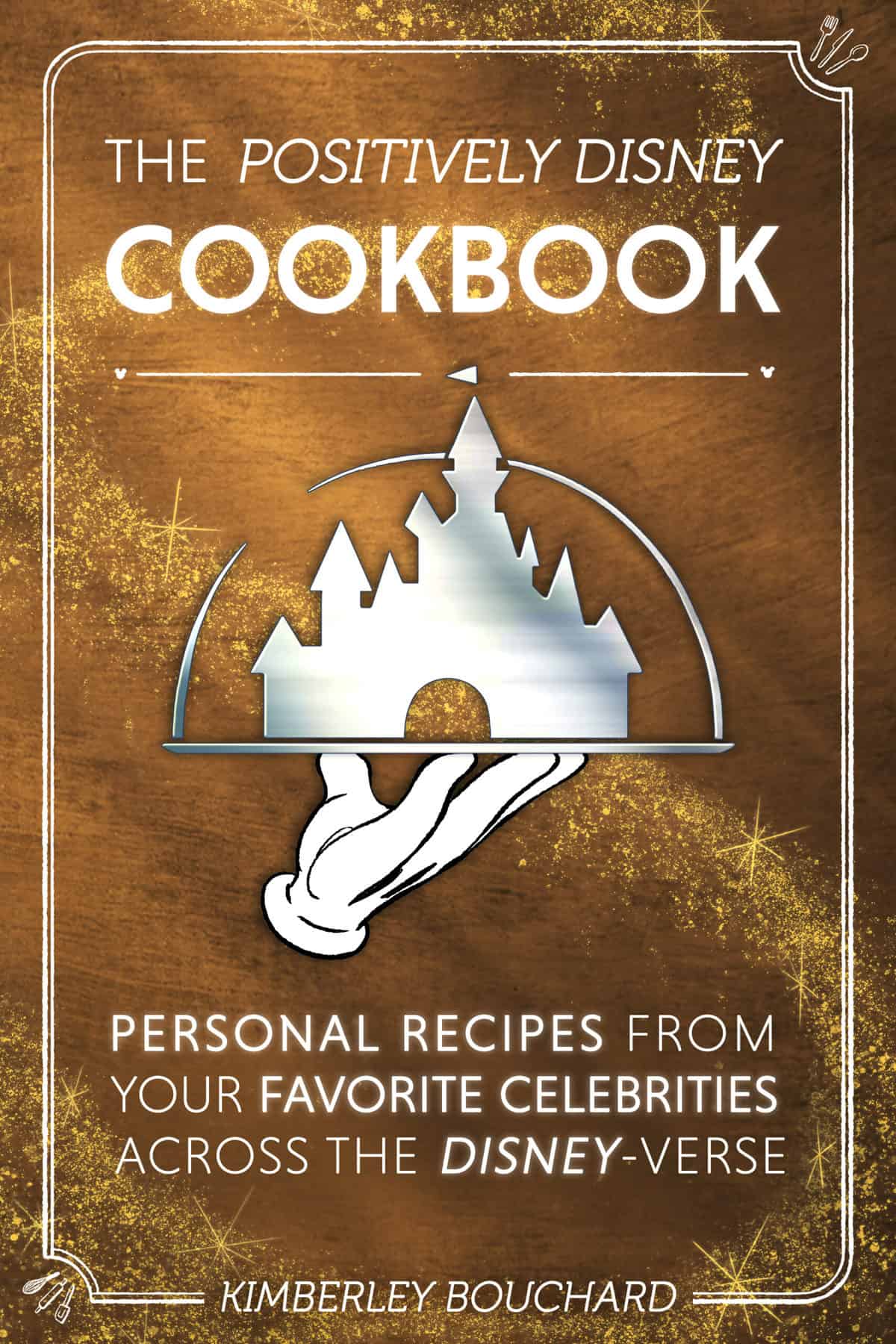 We recently sat down with Bouchard to learn more about her latest project and her plans for the future and are excited to share our interview:

Disney Fanatic (DF): Thank you so much for joining us for an interview! Can you tell us a little bit about your new book?

Kimberely Bouchard (KB): Absolutely! Well the Positively Disney Cookbook is personal recipes and little stories about the meaning behind the recipes from folks from Star Wars, Pirates of the Caribbean, Hocus Pocus, character voices of Daisy, Donald Duck, Mickey, Minnie, the original Mouseketeers, even Annette Funicello, and artist and puppeteers. The Disney communities and Star Wars communities are so vast, so I got a lot of “yes’s” to contribute to the cookbook.

DF: That sounds awesome! Is the cookbook at all a continuation of your other ‘Positively Disney’ books?

KB: No, it’s a standalone, but the idea is still about giving and helping, and inspiring people. My mom even said, “Oh my gosh, I think I’m going to start cooking again!” just yesterday. So it’s really a standalone book, but the idea is that I wanted to be able to share these recipes, and of course, it’s all about the story– Why did these people choose the recipes they chose, you know? 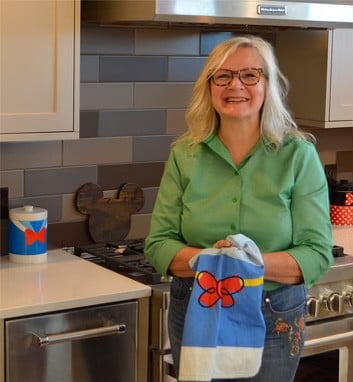 DF: Do you have a favorite recipe in the book?

KB: Well, I will tell you, that’s like asking who your favorite child is! I would have to say that my favorite recipe is any one that works for me. I am not a professional chef. I will say, that I’ve tried 15 of them and I was surprised at actually my idea of how they would taste really surpassed what I anticipated so I know that all of these recipes, they’re not going to send me their worst recipe, right? They’re going to send their best, so it is very difficult to choose one. Everything I’ve tried so far has surpassed what I expected.

DF: I’m excited to try them! Backing up for a bit, how did you first start writing about Disney?

KB: You know, there were a lot of really profound, magical experiences I guess you could say, that happened to our family, really changing our life path in many cases in a good way. And I thought, well how in the world would I even thank all these Cast Members that had some kind of part in it? Then I thought, if these things are happening to us, obviously they’re happening to others, too, right? Initially it was kind of to thank the Cast Members and let them know that what they say and do makes such a difference and sometimes it’s very profound. So it started out as a ‘thank you’ to them and then moved into inspiring stories from the actors, the artists, the Imagineers, of course the Guests, the Cast Members from all over the world. 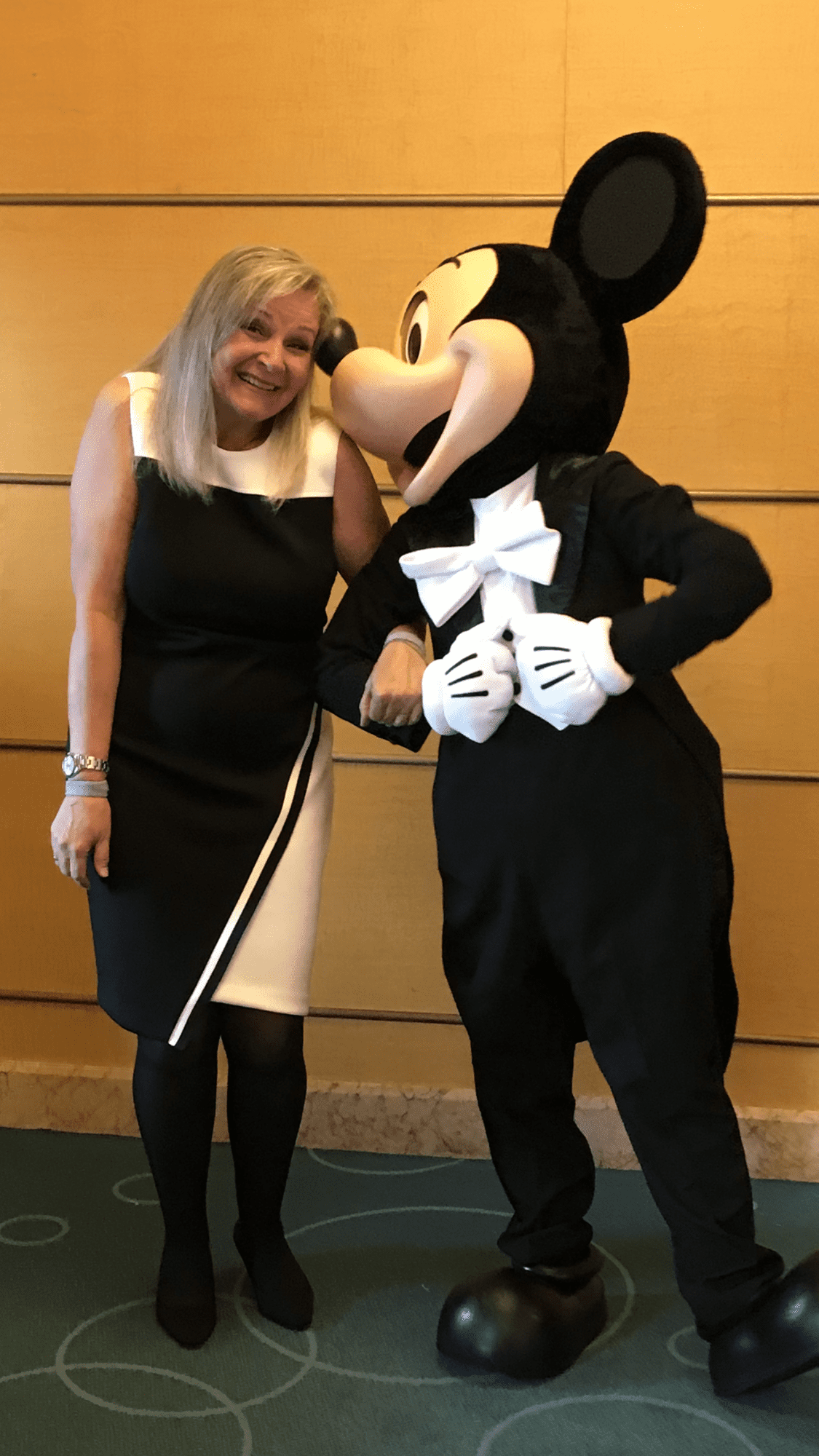 DF: That’s great. I don’t know of any other books, or blogs or anything else, that take that approach to Disney so that’s really interesting.

KB: No there isn’t, and I was really surprised by that. I started writing that [‘Positively Disney’] series five and a half years ago and that was one thing that I did hear comments about of, ‘how come no one else has ever done this?’ I loved the ‘Chicken Soup for the Soul’ books from years ago but that is not what I was thinking about when I was writing this, but funnily enough, it was about four years ago that the coauthor of that series, Jack Canfield, endorsed my books! He called me up and said, ‘This is like chicken soup for the soul, but Disney,’ and now I’ve got the ‘Star Wars’ one, too, so that was really exciting.

DF: Most of the Disney cookbooks I’ve seen are either copycat recipes from the theme parks or ideas for having themed meals, so your concept stands apart from the rest there, too.

KB: I know, exactly! When I thought about the idea of the cookbook, it was basically that I was thinking about what other people were making and cooking because I had done a lot of that as of late. It kind of led to thinking about what celebrities are making that I write about, and then it led me to the cookbook right away. And you know, nobody has done that. Nobody has done recipes from the celebrities and have them so personalized, which just really adds the intimacy for a simple recipe. I am mulling over a second cookbook for 2023, too.

DF: The concept reminds me of a more small town cookbook, when you see something put together by a local community with recipes, but I’ve never seen that done on a bigger scale like with the entire Disney community.

KB: It’s so funny because I kind of thought that myself, because believe it or not, I have a cookbook collection from all over the world and I haven’t used all of them but I love them, and you know, my go-to recipe books for a lot of things are those fundraisers from years ago. It’s like they know what a good recipe is, you know what I mean? You could have all of these recipes in a cookbook and it’s kind of hit or miss a little bit if it’s going to be a good recipe, but you know these people who have submitted their recipes they’re kind of accountable for them! So they’re going to be good. It was just really fun to bring a piece of…For example, Anthony Daniels, who played C-3PO, his recipe helps bring a piece of his table to your own. 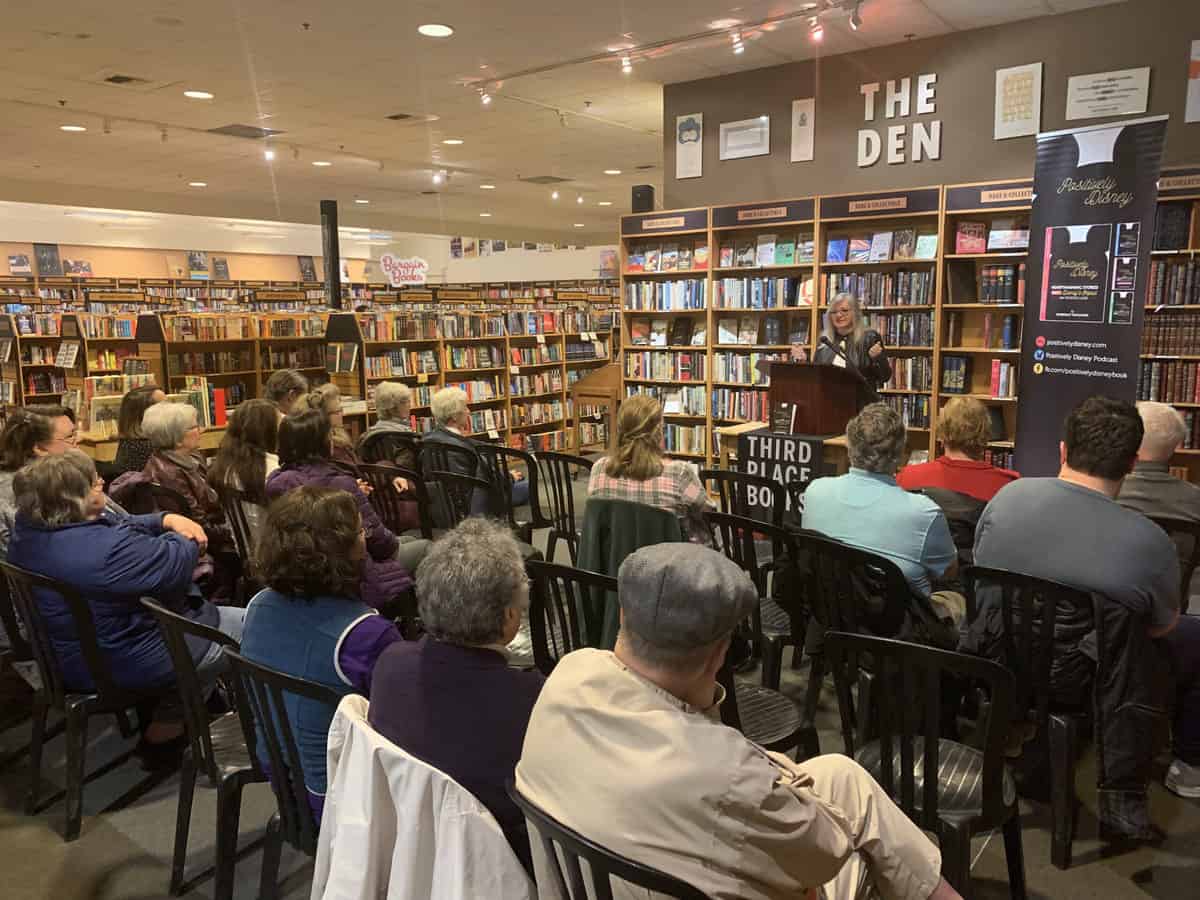 DF: That is a much deeper level of looking at a ‘Star Wars’ recipe than a recipe that is simply ‘Star Wars’ themed. That could be so much more interesting for a fan to try.

KB: Even Carrie Fisher, I have two [recipes] from her, and her brother told me them, so they’re not even in a cookbook anywhere else. One particular recipe was their go-to recipe that every single party or event with A-listers who went to their home would have tried, so isn’t that neat? That was probably, apart from seeing this huge project that’s bigger than anything I’ve done before come together, it was reading the stories that went along with the recipes that just made it so extra special. I have another recipe from an actor from ‘Beauty and the Beast’ who played Gaston. He’s such a character and it was really reflected in his recipe!

DF: I know that 50% of the proceeds from the cookbook are going to Feeding America, can you tell me a little more about that?

KB: All of my books actually help support a foundation, so the ‘Positively Disney’ series, 10% of that goes to A Moment of Magic foundation. There are so many people struggling with food, and I’ve never been in that situation but I just can’t even imagine how that would feel as a mom, so I thought, ‘Well, what can I do to help?’ I did my research and I checked out a lot of different charities, and Feeding America was #2 on Forbes top 100 list, and 99% of all monies donated to them actually go to the charity. When I reached out to Feeding America and shared the project they were really excited. So I am officially working with them to fight hunger and feed families in our own backyards.

DF: That even seems to go back to the community aspect of the book– Even though it’s something as big as Disney it’s still going back to supporting local communities.

KB: Absolutely. It’s funny because there is a little saying in the “Living with the Land’ attraction, there is one child that writes on the wall [in the queue], something along the lines of ‘I may be one person, but I am one person who can make a difference,’ and I’ve always believed that to be true of myself. I have this goal to raise $500,000, which would provide 5 million meals, and I’m going to do it. The Disney and ‘Star Wars’ communities are so giving, so it will be because of them that that happens.

DF: Thank you again for taking the time! Where can we order the cookbook and the ‘Positively Disney’ series, and follow you on social?

KB: The cookbook is available on Amazon. There are two versions, the limited collector’s edition that is a foil stamped, embossed, and sealed cookbook, and there is the regular cookbook that will be available at all times and it has the glossy cover. The ‘Positively Disney’ books are on Facebook and Instagram, and I will be launching another Facebook page for ‘The Positively Disney Cookbook’ and an Instagram, @positivelydisney.cookbook. With Instagram, I’d love people to make their creations and share them with others.

Click here to purchase ‘The Positively Disney Cookbook’ on Amazon.