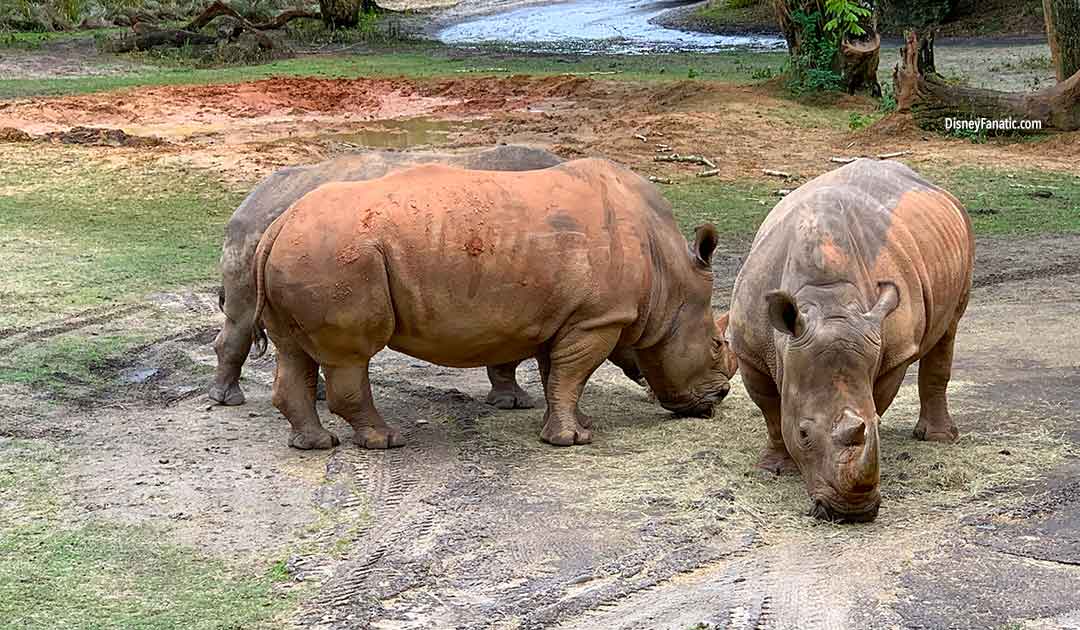 1. Unique tours and other extras

With all the rides, attractions, and other stellar attributes Disney’s Animal Kingdom is known for, you’re probably thinking it couldn’t possibly get any better. But it does! Did you know that there are unique behind-the-scenes touring extras you can sign up for as well? While these options do cost an additional fee aside from park admission pricing, for those looking to experience even wilder, more esoteric encounters with exotic creatures, these options are entirely worth the cost! There are tours that offer you up close and personal animal encounters, like Caring for Giants—an hour-long experience that gives you a closer look into the daily care of Disney’s resident African elephant population.

There’s also the Up Close with Rhinos behind-the-scenes touring adventure, which also lasts an hour and will bring you closer to these majestic creatures than you ever thought possible. Foodies may enjoy the Savor the Savanna: Evening Safari Experience, which takes you on a privately guided safari with breathtaking private views otherwise not accessible via the usual Kilimanjaro Safaris path. As your guide enthralls you with stories about the wildlife, and a stunning showcase of evening sounds surround your party, you will be invited to indulge in an array of samplings of African-inspired cuisine fixings paired perfectly with premium selections of wine, beer, and other spirits. For nighttime private touring arrangements that include adventure the whole family can experience together there’s also Disney’s Ultimate Nights of Adventure VIP Tour, which allots for a four-hour window with a personal guide in which you and your party can experience exclusive adventures, skip lines, and see the Park in fashion fit for a “Lion King.”

But for those who are up for the ultimate adventure spanning three hours and involving physical activity and exertion, there’s the Wild Africa Trek. An experience that makes the bucket list for many fans of Disney’s Animal Kingdom, thrilling behind-the-scenes encounters with creatures, privately guided expeditions that lead you to otherwise inaccessible Park points, and even private hiking routes (including a trek across a wobbly bridge) are all part of the package. And snacks are also included to keep you fueled and energized. Whichever extra you choose, know that the adventures are endless at Disney’s Animal Kingdom.

Disney’s Animal Kingdom Park is a true marvel that boasts so many points of interest. While in many ways deviating from other Disney Parks in the traditional sense, when it comes to commitment, quality, and care there’s no denying that the Park holds true to the Disney standard. Once again, Walt Disney World proves to be the place where dreams come true—in this case a dream come true for lovers of wildlife and adventure seekers.

Left 6 of 6 right
Next: Animals You Can See At Disney's Animal Kingdom and Where to Find Them