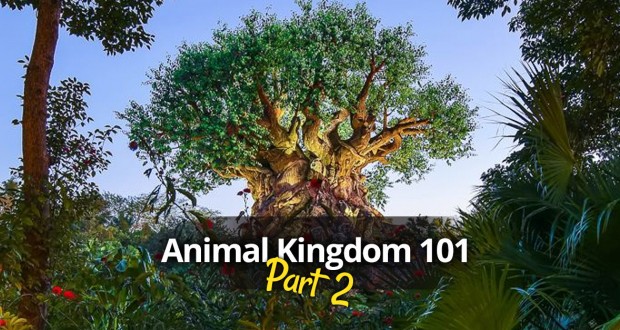 Did you know that Animal Kingdom actually offers 11 unique entertainment acts? Let’s start with the shows.

In this musical adaptation of Finding Nemo, you’ll be transformed under the sea to watch the story of little lost Nemo unfold. The show combines amazing puppetry and music (14 original songs, as well as 2 favorites from the animated feature) to tell the tale of Nemo’s harrowing adventures. FastPass+ is available for the show, but if you just arrive a bit early, you’ll be fine.

2. Festival of the Lion King

Now playing in its new theater, Festival of the Lion King showcases a variety of talented performers. You’ll see tumblers, acrobats, incredible floats, and amazing singers. The entire family will have a great time at this show, which is both a fun sing-along as well as a visual delight.

Want to hear a parrot who can sing 7 songs? Or one who can do math? Would you like to see a Bald Eagle up close? This live bird show offers all of these experiences and more. Unless you’re afraid of birds, this show is great for all ages. If you can, try to catch the bird presentation that occurs just outside the show, usually about 30 minutes before show time.

Adding to what Disney refers to as the “streetmosphere” are several musical acts that appear in the park throughout the day. Although not lengthy shows with formal locations or seating, they include some of the more authentic cultural acts and are fun to catch if you are in the area.

Check out this group of African drummers who perform in Harambe village about once an hour. Have a seat and take a break, or dance along to the music.

Looking for another “refreshing” performance in Harambe village? Burudika, whose name means “to be refreshed”, is a musical group with male and female vocalists and plenty of instruments. They perform a variety of music, ranging from Paul Simon’s “Call Me Al” to “Hakuna Matata.”

The Viva Gaia Street Band is a group with Caribbean flair. They perform near Flame Tree Barbeque, and incite a dance party (complete with instruction on the moves) every time they go on.

Don’t be afraid to approach and strike up conversation with Gi-Tar Dan- you might just become the inspiration for his next song! Making up songs on the fly about his audience members, Gi-Tar Dan appears at Rafiki’s Planet Watch.

Chakranadi is a musical duo that appears in Animal Kingdom’s Asia section. During this performance, you’ll experience the mellow sounds of the sitar, a stringed instrument, and the tabla, a traditional Indian drum played with the hands.

DiVine is a foliage-clad performer at Animal Kingdom. A statuesque stilt-walker, Divine is surprisingly hard to spot. She is often found creeping along the path between Asia and Africa. If you don’t see her, try asking a cast member to tell you where she is.

Animal Kingdom has the only meet and greets for Baloo, King Louie, Dug, Russell, Pocahontas and Rafiki. If any of these are your favorites, don’t miss them at Animal Kingdom. For all characters, you’re less likely to encounter disappointment if you arrive about 10 minutes before their scheduled appearances to guarantee a spot in line. Remember, characters need breaks, so they only meet for a limited amount of time. (Also see our description of Tusker House Restaurant, which hosts character dining with Mickey, Donald, Daisy, and Goofy).

1. Rafiki, Chip & Dale: They don’t appear together, but Rafiki and Chip & Dale both make appearances at Rafiki’s

Planet Watch. This is your only opportunity in all of Disney to meet Rafiki, so take advantage of it! Because Rafiki’s Planet Watch is generally uncrowded, you can meet these characters fairly easily.

2. Dug & Russell: These pals from the movie Up can be found on Discovery Island near A Bug’s Life.

Donald & Daisy Duck: This ducky couple meets at Tusker House character meals. Separately, Donald can be seen at a greeting location in Dinoland USA. Daisy can be found at the Discovery Island landing.

3. Goofy & Pluto: These canines can be seen at a character greeting spot in Dinoland, USA. Goofy is also a guest of honor at Tusker House.

5. Pocahontas: This historical heroine can be found greeting guests on one of the Discovery Island trails.

6. Baloo & King Louie: The loveable duo from The Jungle Book meet at a boat dock directly across from the Flights of Wonder show.

Animal Kingdom has several convenient walk-up windows that serve beverages, pastries, snacks, and light meals. In addition to these, there are also many more substantial counter service and sit-down restaurants, detailed below.

Flame Tree Barbeque is a counter-service restaurant with outdoor seating. I’m not even a huge fan of ribs, which is what Flame Tree is known for, but I absolutely love this place. I love their salads and sandwiches, and I like the atmosphere here almost as much as the food. Nothing beats sitting on a cool, shaded patio hidden by foliage when you’ve been walking around Animal Kingdom in the heat for a few hours.

Tusker House hosts Animal Kingdom’s character dining experience at breakfast and lunch. During the meal, you’ll see Mickey, Donald, Daisy, and Goofy. (Dinner does not have characters.) Tusker House features a buffet serving both African and American food. Definitely make advance reservations for this one.

Located just outside the park gates, Rainforest Café is a popular chain restaurant where it’s all about the atmosphere. Designed to look like a rainforest, the restaurant serves American fare and even adds to the ambiance by having animatronic animals, fish tanks, and jungle sounds.

Yak and Yeti is a beautifully decorated Nepalese-style sit-down restaurant. They offer a wide variety of delectable Asian food. If you don’t have a reservation, or just aren’t in the mood for a big sit-down meal, try the Yak and Yeti Local Food Cafes, which also serves tasty Asian food at a take-out window. Reservations are recommended for the sit-down portion of the restaurant.

Want a hot dog topped with macaroni and cheese? If so, this is your place. Restaurantosaurus is a dinosaur themed quick service restaurant serving American cuisine.

Here you’ll find pizza, as the name implies, as well as salads, draft beer, and fountain beverages. There are six themed rooms to choose from, each featuring colorful murals. There’s something for everyone to enjoy at this quick-service stop.

I hope our Animal Kingdom 101 articles have served your well in planning your ideal day (or days) at Animal Kingdom. As you can see, there’s plenty to see and do there, despite there being less rides than at the other parks.